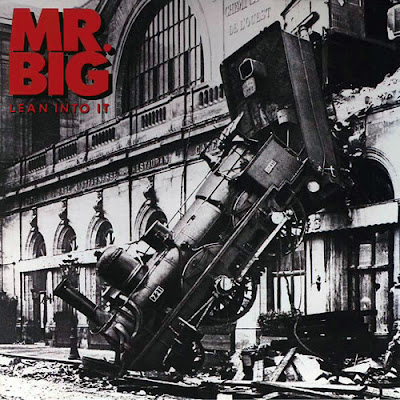 This photo serves two purposes: It summarizes the last couple weeks for the Flying Dutchmen while also paying homage to the Icepick, who was always nice to me for liking remnants of the hair metal era.
In macro terms, I’m pretty sure the entire state of the CAA was summed up in the final few minutes of Drexel’s 63-56 win over the Flying Dutchmen Saturday.

Two games into the conference season was all it took to prove that trying to predict or project the CAA is a job for the sadistic. Drexel, picked to finish at or near the bottom of the CAA, became the only road team Saturday to win by beating the early-season darlings and a program that is 81-28 at the Arena since it opened nine years ago. The Dragons rank last in the CAA in just about every key offensive category, yet they salted away the victory Saturday by mimicking another Philadelphia-based men’s basketball team and shooting 5-of-7 from the field over the final 8:04.

And with eight seconds to play and Hofstra down five, Greg Washington—who was 3-of-17 from the free throw line last season—heaved a free throw attempt at the backboard, hoping he or a teammate would grab the carom to maintain a snowball’s-chance-in-hell of victory.

But he made the damn shot. Imagine that. The guy who couldn’t hit a free throw if his scholarship was on the line last year now CAN’T EVEN MISS WHEN HE TRIES.

(And how about Georgia State, which hasn’t beaten a Division I team since 1983, shocking red-hot Old Dominion?)

Those conference-wide observations are all well and good, of course, but we deal mostly with the micro here at Defiantly Dutch. And what the unpredictability of Saturday taught us is that the Flying Dutchmen are already in big, big trouble.

(This is as good a time as any to mention I took the game in from a barstool at P-Sam’s in Torrington, CT and that I was quite obviously the only person in the entire state not partaking in a day of dominance by the UConn Huskies. For having MSG-Plus—which is apparently on the Are You Crazy Nobody Wants This Station tier of cable back home; I guess that’s payback for mocking its very existence a few months ago—and airing the Hofstra game during UConn’s bowl game, P-Sam’s, a favorite hangout during my imbibing days, is now the official out-of-state bar of Defiantly Dutch. I’m sure management is thrilled. Back to our regularly scheduled pessimism)

The result Saturday was inconceivable to anyone who listened, attended or even scoured the box score from the Flying Dutchmen’s 90-79 victory over Towson in the CAA opener Dec. 6. In that contest, the Dutchmen came back from an early 10-point deficit, received at least nine points from five players, racked up 19 assists and committed just 11 turnovers.

Twenty-eight days later (well, now it’s 30, but you know what I mean), that team is nowhere to be found. The Dutchmen never led Saturday, and it never felt as if they had a game-changing run in them. Charles Jenkins and Cornelius Vines, who combined for 45 points against Towson, had none in the first half. Hofstra had nearly three times as many turnovers (20) as assists (seven).

Jenkins had a team-high five turnovers and fouled out for the first time this season, a pair of telling statistics for a player who so often displayed a natural and seemingly effortless touch for taking over games yet lately can’t seem to make anything happen, no matter how hard he tries.

With the Dutchmen down 42-34 and just under eight minutes left, Jenkins took the inbounds pass and raced up the right sideline…and dribbled the ball off his leg in front of the Hofstra bench. Jenkins had four turnovers or more in two of his first seven games but has committed at least four turnovers four times in the last six contests. He hit 50 percent of his shots Saturday, but in a season-low 10 attempts.

Two of the three fouls Jenkins picked up in the second half also symbolized the Charlie Brown-like black cloud that’s followed him around for weeks. Evan Niesler stole the ball from Jenkins, who raced down the court and raised his arm—seemingly just enough to contest the shot but not enough to earn the foul—as Scott Rodgers went to the basket. But Jenkins was a split-second late and caught Rodgers’ arm. And Jenkins fouled out with 3:53 left, when he was called for a charge on a drive to the basket.

(This provides a convenient excuse to mention that the refs, in my completely unbiased and nuanced opinion formed from the aforementioned barstool, stunk like a Staten Island landfill in August. I mean, seriously, Hofstra had 24 fouls compared to just 16 for Drexel? Some of those flops from Drexel that resulted in offensive foul calls on the Dutchmen were Razzie-worthy. But, again, just my opinion)

Vines did a decent Jenkins impersonation following the latter’s disqualification as he scored Hofstra’s next nine points. But it was an exasperating 14-point performance for Vines, one Tom Pecora—albeit unwittingly—best summarized with his expression in this photo from the game story on the Hofstra site. Vines missed his first five shots and chucked up a couple painful-looking desperation shots in the final minute.

Pecora displayed his exasperation multiple ways Saturday. He started Mike Davis-Saab, who had more DNPs (seven) than DPs (five) in the first 12 games. Davis-Saab played just two minutes, but Greg Johnson, whose senior season began with a pair of DNP-CDs in the Charleston Classic, took over point guard duties and led the Dutchmen with 34 minutes—including the entire second half—off the bench.

Tony Dennison, Miklos Szabo and Darren Townes—who were in the starting lineup in six straight games from Fordham through Iona—played a combined 17 minutes, including just one in the second half. Pecora even picked up one of those trying-to-rile-the-team up Ts in the second half. Didn’t work.

Little seems to work lately, and it’s as puzzling as it is frustrating. Maybe it’s just blog bias talking, but I refuse to believe the Towson game was a fluke. The Dutchmen were playing good, gritty ball for weeks before that. They weren’t a perfect team—even back then the point guard quandary lurked—but they were a lot better than this.

Where did that team go? It better show up tonight in Boston, where the Dutchmen are faced with one of their most pivotal early-season conference games in memory. Facing Northeastern, another fierce defensive team and a squad that’s beginning to play like the team that was a pre-season favorite, doesn’t seem to be the medicine for whatever ails the Dutchmen.

But if the Dutchmen don’t get on track now, when will they? With Delaware, VCU, Drexel again and Northeastern again awaiting following tonight, a season that once seemed to promise magic in March is threatening to turn very late very early.

Maybe a DD road trip will cure whatever ails the Dutchmen (hey, they’re 2-0 in road games I’ve attended this year). I’m planning to make my first visit to Northeastern tonight. If you’re there, I’ll be the guy yelling about Carlos Pena.

(Pre-road trip edit: Pick to click is Jenkins. Just has to be, right?)

Email Jerry at defiantlydutch@yahoo.com.
Posted by Jerry Beach at 5:03 AM

Good game analysis overall, but I think you should have at least mentioned the silver lining on this cloud. Dane Johnson played like a champ with 10 points, 10 rebounds, and 4 blocks. He and Washington have really been playing well together, and the pair has earned the right to be out on the floor at the same time and not just as subs for each other.