Nobody asked me, but…here’s how Hofstra can leave the CAA & keep the football program 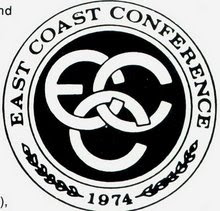 The last conference Hofstra left behind didn’t benefit a bit from the departure. It didn’t do the America East any good for Hofstra to leave and take Delaware, Drexel and Towson along for the ride following the 2000-01 school year. Those four teams combined to win nine of the preceding 10 men’s basketball championships.

(Actually, those titles were won entirely by Hofstra, Delaware and Drexel, which means Towson was the me of the America East at the turn of the century. During my perpetually single gawky teenage years, you could technically say “Randy, Scott, Kyle and Jerry have combined for 10 girlfriends,” even though you could drop me from the equation and those three would still have had 10 girlfriends. I don’t want to talk about it. Where was I?)

In 2001, the America East ranked 20th out of 31 conferences in Ken Pomeroy’s rankings. Since then, the A-East has matched or improved upon that performance just twice (16th in 2005 and 20th in 2007). The CAA, meanwhile, ranked 13th in Pomeroy’s rankings in 2001. It has ranked 13th or better five times since and has finished below 14th just once.

But the CAA shouldn’t miss a beat if Hofstra is serious about leaving. As competitive as the Flying Dutchmen have been the last five years, they still haven’t ended the dominance of southern teams in the men’s basketball tournament. And the conference is established enough as a premier mid-major to know it can replace Hofstra with a school of a similar or better profile.

Yet it’s football, not basketball, that makes this a mutually beneficial departure. A departure by Hofstra and another school (more on its identity in a moment) begins to solve the logistical nightmare looming when Old Dominion and Georgia State join the football league in 2011 and 2012, respectively. A 12-team conference is big enough. A 14-team conference is just about untenable (of course, if Hofstra ends up in the 14-team Atlantic 10, I reserve the right to spin baby spin about how 14 teams is in fact tenable).

In addition, the immediate success of the CAA in football—the league received a record five bids to the I-AA tournament in 2007 and matched the feat last year, when James Madison was the top-ranked team in the country most of the regular season before Richmond won the national championship—makes it and basketball interchangeable atop the pecking order. So it behooves the schools who play football to be as invested on the gridiron as on the basketball court

That, in turn, provides an opportunity for a graceful exit from the CAA and scholarship football for Hofstra (a possibility I pondered in November, never expecting it would theoretically present itself a few months later) as well as Northeastern, the latter of which has substandard football facilities and nearly terminated the program last year. The school announced it would redouble its efforts to bolster all its athletic programs, but such a plan is vague enough so that football scholarships can be pulled for the greater good.

Also, Northeastern should accompany Hofstra in any conference switch in order to provide it a natural rival, since the success of CAA football makes it very unlikely Delaware will follow the Dutch out the door.

Get Rhode Island—which has had three winning seasons in the last 20 years and hasn’t reached the I-AA playoffs since 1985, the second-longest drought among CAA schools behind only Towson—to leave the CAA as well and you’ve got the core of a new non-scholarship football conference. We can go old school and dub it the Yankee Conference, or go old school with a bit of originality by calling it the East Coast Conference.

We’ll go with East Coast Conference. Here’s how it would look:

The non-CAA schools are listed in the likelihood that they’d be interested in joining the hypothetical ECC. Georgetown plays football in the Patriot League, which offers need-based financial aid to gridders. But Fordham is reportedly demanding the conference add football scholarships, and Hofstra’s possible move to the A-10, coupled with Fordham’s complete lack of success in the A-10 since its ill-conceived leap to the conference in 1995, means maybe the Patriot League acquiesces on football scholarships in order to get Fordham back into the fold in all sports.

Marist, which is one of only two former MAAC football schools still playing the sport (too bad Iona dropped football after last year; it would be perfect here), is an obvious good fit in the ECC, but the big hurdle to its inclusion is its commitment to the Pioneer League, a non-scholarship league in which the Red Foxes will begin play this fall. However, the ECC would be a lot easier on the travel budget than the Pioneer League, whose other schools are located in South Carolina, Florida, Ohio, Indiana, Iowa, Kentucky and California.

Dayton is also in the Pioneer League, but Hofstra joining the A-10 would create a clear fit for both schools in ECC football. The biggest problem with Dayton is its location: The Flyers would have to—wait for it!!—fly to just about every destination in the conference, whereas the other six schools are all located within doable driving distance of one another.

We all learned after Albany beat Hofstra last year that the Great Danes did it with one scholarship. But Albany is listed last among the potential ECC candidates because it is enjoying success in the Northeast Conference, where it has won the last two championships, and because the NEC announced last year it will allow schools to offer as many as 40 scholarships by 2013, up from the current maximum of 30.

Among the schools that almost surely wouldn’t fit in the ECC: Duquesne (an A-10 school that plays football, but it upgraded from non-scholarship when it joined the Northeast Conference last year), Stony Brook (will be at 63 scholarships this year), Campbell and Davidson (Pioneer schools located too far south), Bryant (a former Division II power transitioning to I-AA that presumably does not want to spend all that time and money to play at the non-scholarship level) and NEC schools Central Connecticut, Robert Morris, Sacred Heart, Monmouth, Wagner and St. Francis (PA) (all six are NEC members in all sports).

So seven teams it is for the ECC. Scheduling isn’t as easy with only six conference games, but figure Hofstra could continue its rivalries with Delaware and Stony Brook, add another local foe in Division II C.W. Post and play a couple games a year against NEC teams. That’s 11 games.

Of course, there’s absolutely no guarantee Hofstra wants to risk playing Post, or that it will want to play Stony Brook when the Seawolves (0-11 all-time against the Flying Dutchmen) are fully loaded and playing in the CAA (you read that right), or that Delaware will want anything to do with Hofstra once it drops scholarships. But that’s why this is hypothetical.

Oh, and even though we won’t care about the CAA if Hofstra leaves it, here’s how the CAA would look under my plan:

As for the proposed ECC, it’s probably the best way to satisfy almost everyone. The tradition of Hofstra football remains alive and doesn’t alienate alums of both the playing and non-playing variety.

Any hopes of contending for a national championship are probably out the window in returning to non-scholarship ball. But Joe Gardi built a Top 20 team without scholarships in 1994, and a year later, the Dutchmen opened 10-0 and nearly beat Marshall in the regular season finale even though the only scholarship players were freshmen. So who says it can’t be done again? Plus, with the I-AA tournament expanding to 20 teams in 2010, there may eventually be an automatic bid to be won in the ECC.

As for the administration, going non-scholarship lessens the bottom line beating the school has been taking with football and also assures all the money invested on football facilities over the last 15 years doesn’t go to waste. And the new conference is much less of a travel headache.

I’d like to think compromise is a legitimate possibility, that nobody at Hofstra dislikes the football team enough to end the program. Though it did happen at Boston University, albeit after more than a quarter-century of effort by president John Silber.

A resolution, one way or the other, is a long ways off, if there even needs to be anything resolved. In the meantime, stop back tomorrow, when I’ll examine how a move to the A-10 could work for Hofstra and the men’s basketball program in particular.

Email Jerry at defiantlydutch@yahoo.com. And join the Defiantly Dutch group at Facebook today!
Posted by Jerry Beach at 5:21 AM