Nobody asked me, but…here’s how Hofstra could be part of a brand-new ECC 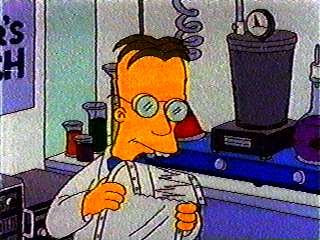 Take Hofstra, Northeastern and Drexel from the CAA, Providence, Seton Hall and St. John's from the Big East and mix them up with LaSalle and Stony Brook and...HIVENGLAVIN!!!!

This was a false alarm. Please return to your homes and continue pricing flights to Richmond for next year’s CAA Tournament as well as sending nasty Twitter messages to Jim Larranaga (seriously, Litos must really think a lot of my self-restraint to post that bit of info, and doubly seriously, don’t send nasty Twitter messages to anyone, even someone at George Mason).

All that talk about Hofstra leaving the CAA for the A-10 was apparently premature, as Steve Marcus reported Wednesday. But I wouldn’t be in a rush to buy a wardrobe full of clothes sporting the CAA logo, either.

One of these times, the buzz about changing leagues will be legitimate. And it won’t just be Hofstra and a handful of CAA schools doing the conference shuffle. The current Division I landscape is an overfilled backyard pool, busting at the seams and liable to explode and flood the neighborhood at any moment.

The expansion of Division I to 353 schools means 31 conferences are no longer enough. A 16-team Big East…a 14-team Atlantic 10…13 other conferences with more than 10 schools, including our beloved CAA. And no matter how much CBS and your average bracket-filling Joe might love it, the 65-team NCAA Tournament has outlived its usefulness.

It’s time to blow the whole damn thing up.

It won’t be easy, of course. Bigger is better for the BCS conferences. After all, the Big East can’t try to get nine bids to the NCAA Tournament if it only has eight schools.

And the NCAA has made it as difficult as possible for anyone to think outside the box (groan) and form conferences that are more geographically and numerically friendly. Under current NCAA guidelines, the Great West Conference, the first new conference this decade, won’t be eligible for an automatic bid to the men’s tournament until 2020, by which point we’ll all be getting around in flying cars.

The NCAA did what it does best—bent the rules as it saw fit—the last time a new conference was formed in 1999, when the Mountain West broke off from the WAC. Mountain West schools had to wait only two years to receive an automatic bid to the NCAA Tournament.

Something tells me the NCAA won’t be as eager to award an automatic bid to the Great West and rob another deserving 17-12 BCS school of an at-large bid. But what if the Great West is just one of three new conferences? And what if waiving the usual requirements and awarding automatic bids to these new conferences after two years—and expanding the NCAA Tournament to 68 teams—means March Madness creeps into the national conscience a couple days earlier than it does now?

A 68-team tournament would allow for four play-in games that would take place, two apiece, on Tuesday and Wednesday. That makes for six consecutive glorious days of hoops during the first week of the tournament. Hard to argue with that, yes?

Sure, a North Dakota State might be ticked off because it was not eligible for the NCAA Tournament until its fifth year at Division I. Just because that’s the way it used to be doesn’t mean it should always be that way. I had to type my research papers in college on a Brother word processor, but I don’t plan on subjecting my kid(s) to that if I ever procreate.

Most importantly, from the perspective of a Hofstra fan, what if one of these new conferences features the Flying Dutch as a core member? It’d be the first time since the ECC that Hofstra would be on legitimately equal footing in its conference (the school was on its way to that kind of stature in the America East before the departure for the CAA).

What if the new conference was the old conference? What do you think about this East Coast Conference that features multiple natural rivalries and saves the member schools countless thousands of dollars in travel expenses?

I have to think that any realignment of Division I will be centered around breaking up the Big East. And if and when that happens, the non-BCS schools that are mired in the middle and back of the conference—DePaul, Providence, St. John’s and Seton Hall—will be the ones most endangered.

All four schools have glorious hoops histories that overshadow anything Hofstra, Northeastern, Drexel, Stony Brook and LaSalle have accomplished, and I can’t imagine Providence, St. John’s and Seton Hall want anything to do with joining a bunch of eastern mid-majors. But they may not have a choice.

The Big East Three are afterthoughts in their own conference now. Georgetown and Villanova, in particular, have proven it’s possible to reverse such a downfall. But all you’ve got to do to accomplish that is hire the son of the most legendary coach in school history (actually, DePaul already did that) and a guy from Hofstra, respectively. Maybe Providence can get Rick Pitino Jr., but Seton Hall and St. John’s aren’t getting their paws on Tom Pecora.

LaSalle is the choice for the second Philly-area school because St. Joseph’s and Temple are far more established in the A-10. Stony Brook hasn’t even been a Division I school for 10 years yet, but the school has much bigger things in mind than the America East. Better to just cut ties now and take some growing pains in the new ECC.

I imagine any new conference will have more than eight teams, but such a small alignment leaves room for other schools to make the leap as well as takes into account future expansion. And the new ECC could be really interesting if the football-playing Big East schools end up overtaking the league and pushing out the non-football schools.

Can you imagine a 10-team ECC that also features Georgetown and Villanova? Lehigh Football Nation wonders if the recent departure of Georgetown AD Bernard Muir for the same position at Delaware is the precursor to Georgetown getting the boot from the Big East (and, somewhere down the line, Delaware joining the Big East).

To ditch Georgetown, Villanova and Marquette—all of whom are national championship-winning programs that have reached the Final Four this decade—would require a ruthlessness and short-sightedness that is hard to comprehend. Which of course means you can’t rule it out.

My third new conference, by the way, has been dubbed the Great South and features a bunch of Division I newcomers as well as a familiar face:

The more I think about it and talk to people who know more about it than me (line forms to the left), the more I think Wilmington would be in some serious danger if the CAA wants to be known for football as much as basketball. That said, this Great South was concocted in about five minutes and with the knowledge the Atlantic Sun probably wouldn’t be thrilled if Kennesaw, South Carolina-Upstate and Lipscomb bolted.

Plus, I’m sure college hoops fans south and west of the White House can come up with a new conference or two formed from the wreckage of the bloated likes of the Sun Belt, Southern, Southland and Conference USA, though breaking up the latter would be difficult since all 12 of its schools play I-A football.

Lastly, here’s what the new CAA, Big East and A-10 would look like:

Like Georgetown, Villanova and Marquette in the Big East, VCU and Mason are established enough in basketball (and in the board room) to survive despite not playing football.

I realize this runs counter to what I wrote yesterday, when I said Saint Louis made no sense for the A-10, but add DePaul and suddenly you can split the league into two divisions—the East (GW, UMass, URI, St. Bonaventure, St. Joes and Temple) and the West (Dayton, DePaul, Duquesne, Saint Louis and Xavier). Can the A-10 lure a Horizon or Missouri Valley school to even out the divisions?

Fun stuff to chew on, for sure, even if it’s just talk for now. But at some point this will be a lot more than talk, because it’s hard to imagine anyone being satisfied with the status quo—at Hofstra and far beyond. And for Hofstra, at least, the best solution is a fresh start in a newly formed conference…one with an old name, of course.

Email Jerry at defiantlydutch@yahoo.com. And join the Defiantly Dutch group at Facebook today!
Posted by Jerry Beach at 9:54 AM