Bits And Bytes: The “I Don’t Feel Tardy” Edition 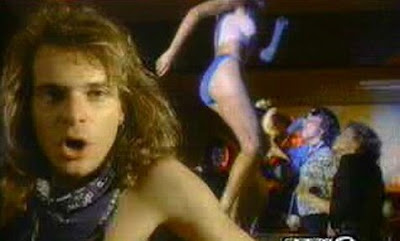 How come my physics homework was never quite like this?
Technically, I was accurate nearly three weeks ago when I promised to return with a story about Jay Wright’s hiring within days and also to get back into some sort of regular posting routine. I mean, twenty-something days is still within days! And really, what’s “regular” in the world of blogging? How many millions of people have started a blog, made a debut post, and never posted again? I’m Metamucil, baybee!

Anyway, I do apologize for my extended absence. Part of it is just having trouble getting back into the swing of things after the events of March. Speaking of which, I appreciate all the kind notes and comments I received following the post about my Mom. It meant a lot to me and I’m sorry if I was a little lax in replying. Writing thank you cards and notes was another confirmation that all this really did happen so I found myself putting them off.

In happier news, I’ve also been unavailable here because I’ve been neck-deep in another blog—one that promotes my book about the Boston Red Sox and the media that is coming out in a couple weeks. It’s called Fighting Words, and I lost an arm wrestling match with my publisher over the subtitle. He wanted The Media, The Red Sox And The All-Encompassing Passion For Baseball In Boston. I wanted What I Finally Finished On My Unplanned Summer Vacation. Oh well.

I wear my Super Serious Reporter Dude hat over there more often than I do here (but I still post Simpsons pictures and am just salivating at the first chance to post a photo of Sarah Chalke). I’m offering analysis of the Red Sox and the media in Boston as well as posting interviews I conducted in writing the book.

I’ve gotten into the routine of posting every weekday and think I’ve gotten the kinks out. So I humbly request you visit the blog…and then, when the book comes out, buy 10 copies for yourself and 10 copies for every single person you know! You’ll be doing your part to help the economy, you know.

With that shameless bit of self-promotion out of the way, here are some bits and bytes as I attempt to catch up.

—The Flying Dutchmen lacrosse team was upset by Villanova in the semifinals of the CAA Tournament but earned an at-large bid anyway when the tournament field was revealed Sunday. What, was Tom O’Connor busy this weekend? The Dutchmen will visit Cornell in the first round Saturday. A win there and the Dutchmen will get to play at home the following weekend in the quarterfinals.

—The Flying Dutchwomen softball team will attempt to extend one of the most remarkable streaks in college sports this week when they host the CAA Tournament. The Dutchwomen earned the right to host the tourney by winning the regular season crown, though the manner in which they clinched (their two-game lead entering the final weekend was insurmountable after the three-game series against Delaware was cancelled due to a possible swine flu outbreak at Delaware) was unprecedented.

Hofstra has won 11 straight conference tournaments (four in the America East (1998-2001) and the last seven CAA crowns), the longest streak in the history of Division I softball. The Dutchwomen have won either a regular season or tournament championship in each of the last 19 seasons, dating back to 1992, when “Life Is A Highway” was charging up the charts and this year’s seniors weren’t even in kindergarten. I feel so very, very old.

—Tom Pecora signed a contract extension last month that takes him through 2013-14. Pecora has his critics, but now that we’re nearly two months removed from the end of the season, ask yourself what kind of record you would have expected if you were told in November that every senior would “earn” a DNP-CD except Arminas Urbutis, that Charles Jenkins would go through a nearly month-long shooting slump, that all three JUCO transfers would be relegated to the bench by March, that Nathaniel Lester and Greg Washington, who began the season as little-used reserves, would emerge as the second- and third-best players on the team behind Jenkins and that the Dutchmen would outscore the opposition by a grand total of two points? You would not guess 21-11.

The Dutchmen should have been a .500 team, but instead we ended the season grousing about the school being too good for the CIT. The dude can coach and Hofstra is fortunate he’s locked up for another five seasons, by which point he should be the winningest coach in school history. Can you say “Tom Pecora Court?”

—Along those lines, sort of: Aww crap, Lance Stephenson isn’t going to St. John’s. The only school I worry about when it comes to Pecora is St. John’s. Norm Roberts is 64-85 through five seasons, and a guy can get by for only so long on the fact he is not Mike “I’m not even the most hated man in New York in my own conference anymore” Jarvis. Stephenson was probably Roberts’ best chance to save his job beyond next year, not to mention his best chance to finally earn that elusive NIT bid (heh heh).

My completely uneducated and uninformed guess is that the Johnnies will try to lure Pecora if and when they cut ties with Roberts. And my hunch is that Pecora knows he can still be the coach at Hofstra when Roberts’ replacement is fired.

—If you’re reading this after 12 noon, go check out Hofstra’s new athletics site at GoHofstra.com. I think I speak for everyone when I say: It’s about freaking time, what took you so long? Hofstra had the lamest-looking website in the CAA. Getting a modern-looking website with crazy doohickeys like streaming video is a lot like a company implementing Y2K precautions in 2002, but hey, better late than never.

—Also long overdue: WORKING SCOREBOARDS AT THE STADIUM!!! If I walk into the Stadium this spring or fall and can actually read the score on the scoreboard at the south end zone, it’ll be the finest day since I got a car with a working stereo and air conditioning.

—Your friend and mine Michael Litos has something new going on, too. Check out and bookmark http://caahoops.wordpress.com/, where he will try to get back to his original vision for the CAA blog. I happen to think he was pretty damn good as he was, so I can’t wait to see what he has in store.

—Stop me if you’ve heard this before, but I’m hoping this entry jumpstarts me and gets me back into some sort of routine. I’ve got a bunch of ideas floating around, including a couple interesting story ideas about men’s hoops, and plan to post here several times a week. Also stay tuned this week for an interactive idea that will hopefully provide some content this summer. Thanks again for your patience and see you soon.

Email Jerry at defiantlydutch@yahoo.com. And join the Defiantly Dutch group at Facebook today!
Posted by Jerry Beach at 5:52 AM

Funny stuff...especially that dig at my man O'Connor, at Mason. :) Since Mason has let to provide me with a men's lax team to cheer for, I'll root some for the CAA teams in the tourney. Some. No promises.