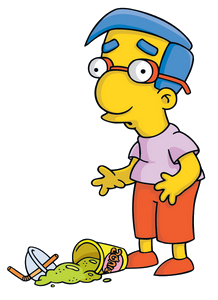 Six weeks ago last night, Shaka Smart left VCU for Texas. This is presented to you not for its newsworthiness—unless you were stuck under a rock for the last seven weeks, in which case, hey, Shaka Smart left VCU for Texas—but because the Hofstra softball team begins its annual trip to the NCAA Tournament today, and its rotten draw serves as a reminder of why the Shakas of the world don’t stay in one place anymore.

In case you were under the aforementioned rock, or simply stumbled upon here with no connection to or interest in Hofstra softball (in which case, thank you, Carole King fans!), the Flying Dutchwomen reached the NCAA Tournament for the 16th time by winning the CAA for the 11th time last week, when they beat top-seed and host James Madison on Thursday and Friday.

Prior to the first loss to the Dutchwomen, James Madison had won 36 straight games. For going 38-2 in its final 40 games, the Dukes were granted one of the 16 seeds and the right to host a regional this weekend, when Binghamton, North Carolina State and Fordham will visit Harrisonburg.

This is not to denigrate James Madison or declare the Dukes didn’t deserve to host. It’s actually nice to see an NCAA Tournament selection committee reward a mid-major team for sustained regular season excellence, instead of punishing it for one or two ill-timed losses in the conference tournament. James Madison is 12th in the RPI. It is a rightful regional host.

I should be writing the same six words about Hofstra. But I’m not, because Hofstra got screwed. Yet again.

The Dutchwomen’s reward for continuing the program’s history of excellence and putting a bow on an outstanding tournament resume—Hofstra is 13th in the latest RPI—by beating one of the best teams in the country twice at their place? A trip to the University of Florida and a regional hosted by the Gators, the defending national champions and the number one overall seed in this year’s tournament.

So basically, the selection committee is saying the Dutchwomen are the worst eight or nine seed in the tournament. With an RPI of 13.

If only this were something new, and not the continuation of a trend.

Remember the 2012 Flying Dutchwomen, the best softball team in school history, if not the flat-out best team in Hofstra sports history? That squad rode the bionic right arm of Olivia Galati to a 37-3 mark in its final 40 pre-NCAA Tournament games, including a 22-0 record in CAA play. Its reward was a trip to 12-time national champion UCLA and a regional that also included San Diego State and Florida State.

This is where I cut-and-paste this nugget from the SEEDING/SITES bullet point in the press release announcing this year’s field: “The top 16 teams were seeded in order, and the remaining teams are paired by geographic proximity.” The Atlanta Braves of 1969-1993 think the NCAA sucks at geography.

But hey, at least the NCAA got better at it this year. Florida is no easy jaunt from Hempstead, but on the bright side, it’s only 1,038 same time zone miles between campuses. If the NCAA is only going to allow one cold weather mid-major to host a regional—this is where we all guffaw at the NCAA when it declares that seeds are assigned blindly and with no quotas in mind—then I suppose a trip down the eastern seaboard isn’t that much of an inconvenience.

Except, well, the only other school hitting the road with a top 16 RPI is no. 15 Central Florida, which was the lone representative from the disaster known as the American Athletic Conference. For winning that hodgepodge East Coast Conference wanna-be #HiLitos, Central Florida gets a trip to a regional hosted by ninth-seeded Florida State, a whopping 271 miles away. Seems fair.

We spend every March screeching about the NCAA punishing mid-majors that dare to sit at—or even near—the cool kids’ table in the men’s basketball tournament. Remember unbeaten Wichita State drawing eighth-seeded Kentucky in the second round (go to hell, NCAA, it’s the second round no matter what you try to call it) last year?

Or how about VCU, which, of course, advanced to the Final Four in 2011 (ha ha Larranaga)? The Rams made the NCAA Tournament in each of the next four seasons, when they were sent to Oregon, Michigan, California and Oregon again. The total mileage traveled—per our good friend @VCUPav, who went to all four tournaments—was a tidy 8,983 miles.

And VCU’s first-round opponents the last four years? Three mid-majors (Wichita State, Akron and Stephen F. Austin #MidOnMidCrime) and Ohio State. When VCU knocked off Akron (where Smart used to serve as an assistant coach—no, I’m sure that was just a coincidence) in the 2013 first round, the Rams’ reward was a game with default home school and eventual national finalist Michigan.

Turns out the same punishments are meted out in softball. Hofstra has been to 13 NCAA Tournaments this century, by far the most of any cold-weather-mid major program.

When the Dutchwomen fell one hit shy of the World Series in 2012—they went 3-0 in the UCLA regional and beat South Florida in the opener of the Super Regional before losing a pair of 2-1 games, nope, never getting over that—it was the closest a cold-weather mid-major had come to reaching the biggest stage since UMass competed in the World Series in 1998.

It’s almost honorific for a men’s basketball program to be forced to pay for its success—or threat of success—by a selection committee dominated by good ol’ boys out to preserve their standing. But the Dutchwomen were mistreated this year by a selection committee headed by a chairwoman, Mollie Lehman, who hails from the Western Athletic Conference.

The WAC is to Division I conferences what the post office is to everyday life: A dusty, terminally outdated relic that still exists because nobody’s had the heart to pull the plug. To get punished by the WAC is like being bullied by Milhouse.

But hey, at least Mollie gave her alma mater and former employer, Binghamton, a decent, travel-friendly draw after it reached the softball tourney for the first time.

We struck a surprisingly optimistic tone after the agonizing near-misses against South Florida. But this week is a reminder of how difficult it is to overcome the NCAA and the hurdles—higher and more densely placed every year—it places in the way of mid-majors in every sport.

With decades invested as a student, fan and alum, we have no choice but to grit our teeth, ride it out and hope for the miracle screw you run. But who can blame the Shakas of the world for choosing a smoother path?
Posted by Jerry Beach at 12:31 PM No comments: