Weekend proves gap between football, basketball is big—and getting bigger 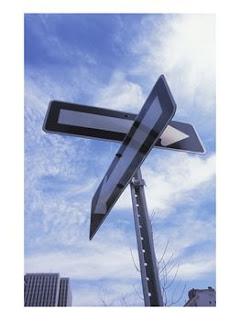 To be a fan of the Flying Dutchmen basketball program this weekend was to be as excited about what lies ahead as what just happened. To be a fan of the entire athletic department is also to ponder what was revealed in an 18-hour span Friday and Saturday and how it specifically symbolized the giant gap between basketball and football.

On Friday night, the basketball team visited Kansas, the top-ranked team in the country, at Phog Allen Fieldhouse, a building that is considered the birthplace of the sport. The game was carried on ESPN360, and here on Long Island, a restaurant held a viewing party for fans and alums to watch the Flying Dutchmen play a game it almost certainly could not win, yet one—short of walking off the court and forfeiting—in which it would not lose.

The athletic program got some money. The school got some exposure. The players and coaches opened their season by playing in the best atmosphere they’ll experience all season, and freshmen Chaz Williams and Halil Kanacevic debuted on the big stage in impressive fashion. The RPI was boosted. The 36-point final deficit was almost immaterial.

On Saturday afternoon, the football team traveled to Parsons Field—a facility so unimposing and bereft of gridiron history that the New England Patriots wouldn’t even play there back in the days when they were nomads playing at parks all over Boston and, I kid you not, Alabama—in Boston to play Northeastern. Unlike in the Good Ol’ Days, there was no SportsChannel telecast, and certainly no parties in which people gathered around a computer to listen to the WRHU broadcast.

There was no money to be made and no exposure to be had for Hofstra and no atmosphere to be embraced in a game between two sub-.500 teams, the coverage of which would be relegated to the fine print in the sports section of the newspapers, if only they still existed.

It was a game in which the only satisfaction from the Dutchmen would have to be derived from subtle improvements as well as the empty calorie fix of winning a game it almost certainly couldn’t lose. There was nobody on the schedule that looked like as much of a sure thing as Northeastern, which is in the midst of its sixth straight losing season and was 1-15 in its previous 16 games entering Saturday.

Except the Dutchmen DID lose the game they couldn’t lose, and it wasn’t even as close as the 14-13 final score indicated: Northeastern’s punter ran backwards 40 yards and out of the end zone for a safety as time expired.

So here we are today, getting ready for a trip to UConn to see the basketball team participate in the Preseason NIT and enjoy another burst of exposure at a place rich with tradition, and wondering how much longer Hofstra will continue to make an equal commitment to two programs going in completely opposite directions.

Equal is a relative term here. It costs a lot less to field a Division I basketball team with a full complement of scholarships than it does a Division I-AA football team—which, of course, is the crux of the issue, and probably the only thing saving Dave Cohen’s job right now.

Let me make one thing abundantly clear: This is not a Dave Cohen Must Go column. I like to think that I didn’t call for people’s jobs even before I was on the wrong end of a steel-tipped boot in the ass, though a Google search of my archives might indicate differently.

Nobody should wish unemployment upon any hard-working, passionate person, and all it takes is one glimpse at Cohen after a loss to realize his effort and commitment are not the problem here. But compassion for Cohen doesn’t change the obvious: By any standard, he is presiding over a football program that is going in the wrong direction.

With one game to go in his fourth season, the Dutchmen are 17-27 under Cohen and just 9-18 since a 6-0 start in 2007. Cohen-coached teams have consistently been a worse team in the second half of the season than in the first half: They are 5-19 in the sixth game of a season and beyond.

This is not the type of progress one would expect from a coach over a four-season span, and if Cohen were hired in 1996 instead of 2006, he’d be packing his office as I type. But football is not a priority for the current administration, which could say a whole lot more for the future of the program by retaining Cohen next year rather than replacing him.

And don’t kid yourself: Cohen’s last line of defense is the university’s indifference towards football. To fire Cohen, eat what is believed to be the last year of his deal (nobody knows for sure how long his contract is, but five years seems to be the consensus), hire a new coach and sign him to the type of four- or five-year deal becoming of a CAA coach would be pouring more money and long-term resources into a program that is already a blight on the bottom line.

But to keep Cohen is to get the program through the CAA’s final season under the current 12-team alignment. Old Dominion joins in 2011, followed by Georgia State in 2012, and we’ve spent many pixels here detailing how the inconceivability and inconvenience of a 14-team CAA. Some point in those two years would be a convenient time for Hofstra to make a graceful exit from CAA football and, hopefully, into a non-scholarship league and not away from the sport entirely.

I can’t say this enough: I’d love nothing more than to be wrong here. As an alum, I’d love to see Cohen return the football program to the heights it enjoyed in the mid-to-late ‘90s. But I fear the malaise is here to stay, regardless of who coaches the team. Check out the final four years of Joe Gardi’s reign, during which the Dutchmen were 20-26 with no playoff appearances, 12-14 in the second half of the season, 5-14 against ranked teams and 4-12 in games decided by eight points or less.

Maybe the timeline is coincidence, and making the leap from independent power to A-10/CAA power was one Hofstra was destined not to make. Or maybe the retirement of James Shuart—the program’s biggest booster—in 2001 had a crippling effect on the program.

And, again: None of this is a criticism of Stuart Rabinowitz, Jack Hayes or anyone else with a hand in pivotal decisions at the University. We’d all like the administrators to bleed blue and gold and to be as fond of the Flying Dutchmen nickname as we are, but that’s not how it works.

Their bottom line is a lot different than ours, and people all over the country—even at programs with a tradition of success and a famous alum with a Super Bowl MVP on his mantle—are realizing what a financial burden it is to field a I-AA football team. Why should Hofstra be exempt?

The status quo is not working. But when the gap between football and men’s basketball is wider than ever—and guaranteed to be larger tomorrow than it is today—maintaining it is probably the best solution for the long-term future of the program.