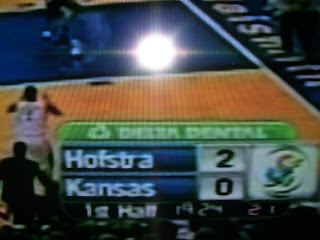 ESPN, realizing it does not want the full fury of Dutch Nation (snort) unleashed upon it, makes sure to air on SportsCenter a highlight of Hofstra's early dominance of Kansas!