Hey SBU lax…don’t come around here no more (and maybe you too, football and hoops) 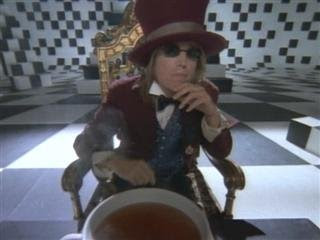 Will Hofstra be singing "I Won't Back Down" when it comes to ending the men's lacrosse rivalry with Stony Brook?

Hope you didn’t get too excited about my grand proposal for the new ECC featuring Hofstra and Stony Brook. Newsday reported on its website Thursday that Hofstra has chosen to end the men's lacrosse series with Stony Brook.

This of course does not mean the two schools can never compete in the same conference, or even that their men’s lacrosse teams can never again play one another in a regular season game. But it’s worth wondering if this is the first volley in a brewing Cold War between the school and a sign that Hofstra will soon decide there aren’t enough benefits to playing Stony Brook in the three major sports.

Flying Dutchmen coach Seth Tierney says pulling out of the series with Stony Brook is a matter of the Dutchmen wanting to play Manhattan and St. John’s. And adding those two schools to the schedule and subtracting Stony Brook should upgrade Hofstra’s strength of schedule. Like Stony Brook, Manhattan has made the NCAA Tournament once. St. John’s, meanwhile, begins play next season in the Big East, which should be one of the top conferences in the land with 10-time national champion Syracuse as well as perennial tournament team Notre Dame among its seven schools.

Nor, with Jack Hayes not available to comment for Marcus’ story, do we know the whole story from the Hofstra side (Stony Brook coach Rick Sowell and athletic director Jim Fiore are both quoted in the story and it’s mentioned that the 2007 game at Stony Brook raised money for Lacrosse for Autism, so those who think Marcus favors Stony Brook because he went there are going to have a field day with this one).

But I can’t imagine games against the Jaspers or Red Storm will generate any excitement among people who follow lacrosse a lot more than me (line forms to the left). Hofstra has never played Manhattan and is 9-2 against St. John’s, but the schools have played just once since St. John’s resumed playing lacrosse in 2005 after a nine-year absence. The Flying Dutchmen smoked the Red Storm, 19-3, in ’05.

And if the annual lacrosse game between the schools is vulnerable, is football next? Hofstra has never lost to Stony Brook in football, but this is the first year since the two teams were both in Division III that they’re on equal footing scholarship-wise. What was already a no-win proposition for Hofstra is particularly so now, especially with Stony Brook placing a bigger emphasis on football than Hofstra. Who wants to suffer the indignity of 12-0 turning into something-and-1?

I think the annual men’s basketball game between the two schools is safe: Stony Brook has plenty to gain in playing it and Tom Pecora is a proponent of playing as many local schools as possible. But who’s to say the decision will be Pecora’s—especially if Sowell is right in presuming that it was a “group decision” to end the series by Hofstra, one in which “…part of that group had a lot more to say than the other parts of the group.”

If Hofstra is hitching its wagon to the men’s basketball team—and it is—and it really does view the A-10 as its long-term home and is prepared to wait a long time to join the conference, might the school want to prepare for the move by disassociating itself from lower mid-majors such as Stony Brook?

And if that happens…I wonder if Fiore, who has much bigger things in mind than the America East and the Big South, takes it personally and goes all-in to try and outdo Hofstra. The two schools trying to outrace each other to the top of the mid-major world—or even beyond—would add a delicious wrinkle to the rivalry.

Alas, it would also remind us how difficult it could be to mend fences if the big boys refuse to let either Hofstra or Stony Brook sit at their tables and they are forced to settle for something else. Because while we may think Hofstra and Stony Brook are a perfect conference fit, the news Thursday is a pretty good indicator at least one of the schools doesn’t agree.

Email Jerry at defiantlydutch@yahoo.com. And join the Defiantly Dutch group at Facebook today!
Posted by Jerry Beach at 12:29 PM