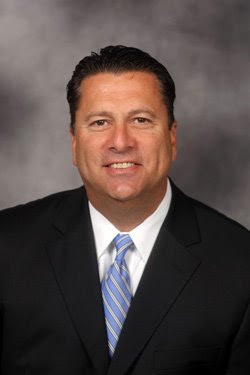 The steal at half court against Maine is the first one that comes to mind.

I remember sitting on the bench at one point and I don’t remember who we were playing—might have been in a Drexel game—and he was defending the ball at the top of the circle and the pass went to the corner and we ran the pass and doubled the ball. He stole the ball, started dribbling it up, kicked it ahead, got it back and dunked it. And I turned to Brett Gunning, who was on the bench with me and is now with the Houston Rockets—I turned to Brett and Joe Jones and said ‘That’s why that kid is [expletive] great.’ I think we had just gotten in here, we played in here the end of his senior year. I think it was in here [Feb. 15, 2000].

The night he had 39 against Iona. That was the last game in the PFC. I remembered the first game we played in the PFC, when we got here to Hofstra, there were 174 people there. I was an assistant and I counted. And I remember saying ‘What did we get ourselves into?’ And then it was packed for his last game and people were hanging from the rafters.

Duane Posey missed a jumper against Delaware and [Claxton] tipped it in for the win at the PFC at the buzzer.

That’s half a dozen [or so] off the top of my head.

The steal, I think that was in the game to get us [to host] the championship. Might have been the first sellout in here and he stole the ball from a good player, Andy Bedard, who was a transfer from Boston College [and] was a helluva player. Andy Bedard and Nate Fox, two kids who transferred from BC and went to Maine that year.
Posted by Jerry Beach at 11:34 PM