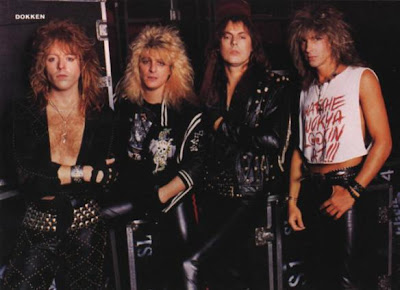 And you thought Dokken and mullets were no longer relevant.

To see the Flying Dutchmen residing above .500 in the CAA at the halfway point of the conference season following a dramatic 69-68 win over James Madison is to, once again, remind me of my academic career.

I remember strutting into the living room (OK, fine, it was physically impossible for me to strut…it was 1988 and I was sporting a mullet, my face was dotted with acne and I wore a jean jacket with a Dokken patch along the bottom of it, are you satisfied?!) with a decent report card, expecting Mom and Dad to genuflect at my all-around awesomeness. Instead, any complements I received were of the “yeah, but…” variety, as in yeah, but imagine how well I could have done had I not waited until halfway through the marking period to begin paying attention.

Such tempered praise was a reminder that earning a passing grade by pulling multiple all-nighters and acing two or three consecutive tests to end the marking period doesn’t mean your work is done, or that Mom, Dad and your teacher forgot about the poor performances that necessitated the progress report that spelled out, in gory detail, just how badly Junior was on pace to fail.

And let’s be honest: The progress report 11 days ago—after the wire-to-wire loss to Drexel 13 days ago dropped the Dutchmen to 2-4 in the conference—was not good at all. With red-hot Northeastern, struggling William & Mary and surprising James Madison next on the docket, 3-6 appeared to be the best-case scenario.

So yeah, being 5-4 and holding down the fifth seed is fantastic in a disaster-is-averted sort of way. But it’s not good enough for Tom Pecora, who preached patience when the Dutchmen were skidding but is expressing little, if any satisfaction now that the season has been saved.

As he said following the win over William & Mary last Wednesday, Pecora thinks the Dutchmen are a lot better than their current record, even if it took a great deal of effort to get to this point. (I’m going to assume Pecora’s reliance on teaching/parenting analogies just means we’re both traveling the same genius wavelength).

Along those same lines, I imagine he’s not doing cartwheels over the apparent return of Charles Jenkins, who scored 23 points and capped the evening by doing his best Danny Ainge impersonation (hey Litos, check out the bumper music there) when he drove from end to end and hit a beautiful, don’t-try-this-at-home jumper in the lane with 1.9 seconds left to give the Dutchmen the win.

It was the second straight Saturday in which Jenkins scored 23 points. But Pecora still expressed caution over Jenkins when he was asked during last Monday’s CAA teleconference if the sophomore was back to his old self.

“I’m not quite ready to jump on the bandwagon yet. We’re cynical when it comes to these things. It’s going to take some time to prove it to me.”

That’s not to say Saturday was bereft of unequivocally encouraging developments. A team doesn’t improve to 8-1 in games decided by five or fewer points without having an intestinal fortitude that is as impressive as it is innate. This narrow win might have been the most impressive one yet. On the road against one of the league’s hottest teams, the Dutchmen trailed for all but a few seconds of the first 30 minutes yet still managed to pull out the type of victory that might be looked back upon as a turning point.

And while Pecora might not be thrilled with the way the season is going, the Dutchmen cannot doubt the faith he has in them. Tony Dennison was just 3-of-14 from the field, but for the third straight game, he got hot during a pivotal second half stretch: He was 3-of-7 and scored eight of his nine points during a stretch of more than seven minutes in which the Dutchmen outscored the Dukes 22-12 to turn an eight-point deficit into a two-point lead.

Pecora has been demanding of Nathaniel Lester, but Lester scored a season-high 11 points and led the Dutchmen with seven rebounds—the third time in nine games Lester has at least tied for the team lead in rebounds. In addition, Lester’s shift to small forward coincided with the second half comeback.

And as for the decision not to call time out after James Madison’s Juwann James hit the second of two free throws and to allow Jenkins to travel the length of the court in an all-or-nothing move? It elicited one of the best quotes of this or any other season: “Who’s going to criticize me?” Pecora told Newsday. “People who don’t do this for a living and sportswriters. I’m undefeated in games that I watch on TV, too. We know the character of our players.”

The Dutchmen are hot and Pecora is hot under the collar. Watch out.

Email Jerry at defiantlydutch@yahoo.com. And join the Defiantly Dutch group at Facebook today!
Posted by Jerry Beach at 11:37 PM