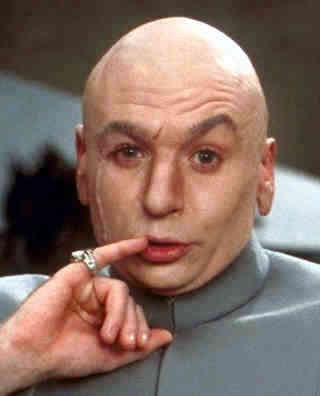 The mojo's nowhere to be found. (Sorry, I have no photos of my mom glaring at me after another poor Spanish test. Thankfully)
This Flying Dutchmen basketball season is beginning to remind me of my own academic career, and trust me, that is never, ever a good thing.

When I was a junior in high school, I failed Spanish II. I didn’t even come close to passing it, and both my mother and I loathed the teacher—and my mom is a teacher and was all-too-aware of her son’s sporadic study habits, so trust me, it took a lot for her to give me the benefit of the doubt when I complained about teachers—yet I was too old (at 16, what was I, a member of Menudo?) to switch languages and still get two years’ worth of foreign language credit. So I spent the second semester trying to absorb as much as I could in hopes of building momentum for when I re-took it senior year.

First marking period of senior year, I kicked butt, at least by my standards, and got a high C. Second marking period wasn’t so hot, a C-minus or so. A bunch of realizations struck me during the third marking period: I was a senior, I was more concerned with flirting with girls at lunch the period before Spanish than studying, this teacher was still loathsome and I was going to begin my collegiate career at a two-year school in the fall of 1991, so, you know, screw it.

So I failed the final two marking periods (as an aside, the members of this fall’s freshman class weren’t even born yet the last time I wrote the words “marking period,” I am so very depressed, I think I’ll go watch this video and reflect on my mullet-wearing days), which meant I needed to score something in the low 70s on the final exam in order to pass the year.

Two weeks after graduation, the report card landed in my parents’ mailbox. I got a 64 in Spanish II. Failed by a point. That wasn’t a fun day.

The point to this story, aside from the fact my wonderful younger sister skated through two painless years of Italian? The Flying Dutchmen, who built momentum with a respectable finish following a rough start last year and an impressive performance during the OOC this year, look as if they’re right back to square one after a 70-52 loss to Drexel Wednesday.

It’s not just one loss, of course, that has imperiled the Dutchmen’s season. And it’s not even the six losses in eight games—and four losses in five conference games this month—or the ongoing offensive slump that are so alarming.

It’s this: The Dutchmen trailed wire-to-wire Wednesday for the third time in five games, including the second time against Drexel, the team picked to finish last in the CAA. The Dragons are better than the projections—we told you so—but not so much better that the Dutchmen shouldn’t hold a lead once or twice in 80 minutes.

And it’s this: The disappointment and bewilderment with which Tom Pecora and Van Macon refer to the Dutchmen. Pecora has regularly lauded the Dutchmen’s effort throughout this extended slump, but after the loss Wednesday, he told The Philadelphia Inquirer that he “…thought we played as hard as we’re capable of for about five of the 40 minutes” against Drexel in Hempstead Jan. 3.

In the rematch? “I don’t know if we played even that well tonight.”

In his regular post-game interview with WRHU, Macon said the Dutchmen were punched in the mouth early on and didn’t respond. And Macon seemed exasperated with Charles Jenkins, who has become the symbol of Hofstra’s struggles. Macon said Jenkins was playing with no urgency on offense, making foolish fouls on defense, deferring too much to teammates and playing “…like a very young sophomore.”

Ouch. Other than that, Mrs. Lincoln, how was the play?

Pecora hoped rock bottom would be Northeastern—for Jenkins as well as the Dutchmen—but the loss Wednesday was more discouraging, even if it wasn’t as lopsided on the scoreboard. Where did the team that gave preseason favorite VCU all it could handle for 30 minutes on Saturday go? Maybe the Dutchmen aren’t the most talented team in the CAA, but they’re surely better than this—better than a team headed for a second straight lost season.

Few things inspire a kid into action quicker than a parent telling him he can do better—in a tone of voice that suggests maybe, just maybe, Mom or Dad is beginning to wonder if he can. Of course, Mom and Dad pull out the heavy artillery in hopes of driving their son (or, err, daughter) to prove them wrong. Pecora and Mason can only hope such a tone works with an entire team.

Email Jerry at defiantlydutch@yahoo.com. And join the Defiantly Dutch group at Facebook today!
Posted by Jerry Beach at 11:46 PM