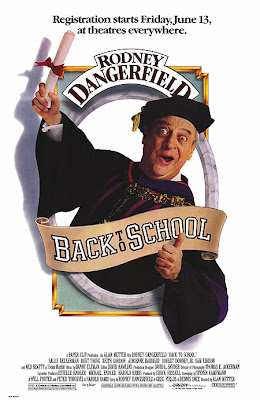 Tom Pecora's Triple Lindy: Getting the start of the spring semester pushed up a few weeks.

The spring semester starts today at Hofstra, so won’t you join me in pouring an overpriced can of Dutch Treats Coke on the sidewalk in memory of the good ol’ days, when classes began the day after the Super Bowl instead of the day after Media Day.

Of all the perks that came with attending Hofstra, few topped the concept of being able to attend a Super Bowl party with absolutely zero worries about the homework I wasn’t going to do once I got back to my dorm room.

True story: Sully Ray and I met at a Super Bowl XXVIII party (it was the one where the Bills lost) hosted in Wantagh by Loyal Reader Rob. Alas, I was still in my shy and unsure of myself at Hofstra stage and Sully Ray was still in his mute phase (he hasn’t always been a cocky, ruthless, T-shirt stealing bastard…I think Corporate America ruined him), so we didn’t say a word to each other until the following September, when he joined the newspaper.

Where was I? Oh yeah. Blame the NFL, which just has to start the season after Labor Day and just has to have two weeks of sound and fury signifying absolutely nothing at all in between the conference championships and Super Bowl, which in turn means it just has to play the Super Bowl in February, for Hofstra no longer starting the spring semester after the Super Bowl. Too bad. You kids today with your wireless campus and multiple chain restaurants on campus and your presidential debate have no idea how good we had it. Ha ha.

Anyway, I know one person who would be perfectly content if classes began right after the final weekend of the NFL regular season. And Tom Pecora, who has wanted this day to arrive for weeks, is sitting in a Wilmington hotel room this morning, marveling at the irony of having to play a game more than 600 miles south of Hofstra the day classes finally begin.

I loved the extended Intersession break, but I can’t blame Pecora for loathing it and believing it makes it all but impossible to create any momentum with the student body. The Flying Dutchmen played just three home games—none against CAA opponents—prior to Intersession and have only five home games left. Not a whole lot of time to get and keep involved the notoriously apathetic students.

“I’ll tell you what, man, it kills us, it really does,” Pecora said earlier this month. “When you think about it, the number of home games we have with students here—it’s a great place to be a professor. I’m the only one without a tan when we come back to classes.”

There won’t be a chance to get a tan this week, even if Pecora and the Dutchmen have been near the beach the last couple days, but a win over UNC-Wilmington—described quite accurately by Litos as the closest thing the CAA has to a Homecoming opponent—would help lure more students to the Saturday showdown against VCU.

(I will take this opportunity to channel my inner Dr. Elliott Reed and mention that Northeastern forced everyone to pay attention by beating VCU last night. Only caught the last few minutes on the VCU site, but what a marvelous game and what a great advertisement for the quality of play in the CAA. Northeastern’s win is both good news and bad news for the Dutchmen. Good since they are the only team to beat my first-place Huskies, bad since the Rams will be ornery Saturday. I now return you to my regularly scheduled blog)

This is as much of a must-win as William & Mary was a week ago. The Seahawks, who have lost six conference games by at least 20 points, are the perfect tonic for any ailing offense and as misplaced in the defensive-minded CAA as Amy Winehouse in a R.A.D. campaign. The undersized Seahawks—one player stands taller than 6-foot-6; the Dutchmen can field an entire lineup that tall—are forced to press most of the time and have allowed a Division I-worst 88.1 points per game.

The Flying Dutchmen, who haven’t exceeded 69 points in their last 10 games and haven’t scored 70 points in a win since the CAA opener against Towson a mere 14 games ago, should get to 70 by accident. Expect Charles Jenkins to put together his most complete game since classes were last in session and for Cornelius Vines to approach 20 points as well, but the pick to click is Nathaniel Lester, who sparked Saturday’s comeback when he moved to small forward and is versatile enough to beat the Seahawks in multiple ways.

I think you can check out a webcast here, though it looks like you have to buy the monthly subscription to see this game, a la James Madison. (Tune in later this week, maybe even tomorrow, as I wonder why just about everyone in the CAA offers webcasts except Hofstra). No matter how I watch or listen to the game, I’ll do my best not to get nostalgic and fall into that nasty old first-day-of-class habit of dropping a class.

Email Jerry at defiantlydutch@yahoo.com. And join the Defiantly Dutch group at Facebook today!
Posted by Jerry Beach at 5:53 AM