From the home office in Vander Poel Hall: The top 10 moments for no. 10 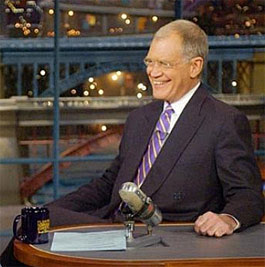 Speedy, Uma. Uma, Speedy.
Very sorry for the delay in posting today’s Speedy Claxton content, turns out you could have done a lot more than just head to the lobby and get yourself some snacks. Guns-n-Roses have come out with albums quicker than this.

Anyway, it was a crazy day at DDHQ and we humbly apologize for posting this so late.
Here are the top 10 Speedy moments, as determined by the DD staff (i.e. Sully Ray, the wife and myself). Coming later tonight: Tom Pecora’s most memorable Speedy moments as well as a Speedy retrospective.

2.) Winning the America East championship game, March 11, 2000: Four years after the big-time schools tried luring him away from his commitment to Hofstra by promising the national stage, Claxton got his shot on ESPN and scored 24 points and added eight assists in leading the Dutchmen past Delaware, 76-69, and into the NCAA Tournament for the first time since 1977. Claxton didn’t need an NCAA tournament berth to validate his impact on Hofstra, but going dancing was the perfect exclamation point. The one thing I remember most from re-watching the game on TV (and every March since): The usually expressionless Claxton pumping his fist and screaming as Rick Apodaca throws an arm over his shoulder as Claxton goes to the line to hit a couple free throws to ice the game. We forget just how stressful that game was—Delaware led by eight with 14 minutes left.

3.) Dunking the game-winner as time expired to beat Delaware, Jan. 19, 1999: I think Claxton came in off the wing to dunk a miss by Duane Posey (that’s from Tom Pecora). Holy crap. Best regular season ending, up to that point, ever. The PFC went absolutely ballistic. Some people even spilled on to the court to mob Claxton.

4.) Beating Maine to clinch the America East regular season championship, Feb. 20, 2000: We sat high up in section 110 or 111 for Senior Day, during which the Dutchmen were down 64-58 but scored the final nine points—five by Claxton, who finished with 32 points—to stun the Black Bears. I remember how the place filled with a noise I never thought I’d hear at Hofstra as the P.A. announcer, uhh, announced the Dutchmen had clinched the no. 1 seed and the right to host the title game if they got that far. Check out Pecora’s recollections for more on how Claxton took over the game in the waning minutes.

5.) Closing out the PFC with a career-high 39 points against Iona, Dec. 18, 1999: Claxton gives a sign of things to come during a dramatic and brilliant senior season with the first of his seven 30-point efforts in his brilliant senior season. Claxton finished one point shy of tying Rich Laurel’s PFC record, set in 1976-77.

6.) Scores at least 29 points in six straight games, Jan. 4-21, 2000: Symbolized a senior season in which Claxton carried a Dutchmen team that had no margin for error in the America East (they finished 16-2, one game ahead of Maine) and scored 706 points—more than half his career total (1,309) entering the season. He ended the stretch with consecutive 40-point games against Hartford and Maine.

7.) Scores 20 points in an 86-66 loss to Oklahoma State in the NCAA Tournament, March 17, 2000. There would be no Cinderella march through the Tournament for Claxton, who battled through an early injury, or the Dutchmen, who were buried early by Desmond Mason and the Cowboys. But Claxton still displayed his trademark toughness in tying Norman Richardson for the team lead in points and racking up a team-high seven assists in his Hofstra finale.

8.) Opens his Hofstra career by nearly racking up a double-double against Stony Brook (13 points, nine rebounds) before scoring 22 points in a 55-54 win over Florida International and 28 points in a 64-61 win over Florida Atlantic. That’s right: He scored 50 of the Dutchmen’s 119 points in a two-game span. Not bad for a freshman.

9.) DNP against Rutgers in a 58-45 loss in the first round of the NIT, March 10, 1999: How can a game in which Claxton didn’t play rank as one of his ten most memorable moments? Because without the possibility of Claxton—who was battling a thigh injury that limited him to 11 minutes in two America East tourney games—suiting up, the NIT never takes Hofstra over Drexel, which shared the America East regular season crown with Delaware, lost to the Blue Hens in the title game and went 2-1 against the Dutchmen during the season.

10.) Sets a career-high with 33 points and adds 10 assists in a 90-79 win over Hartford in the 1998 America East quarterfinals. It was the first time the Dutchmen had won a tourney game, other than an outbracket contest, under Jay Wright. Who knows what could have happened if the Dutchmen didn’t have to play host Delaware in the semis?

Email Jerry at defiantlydutch@yahoo.com. And join the Defiantly Dutch group at Facebook today!
Posted by Jerry Beach at 10:00 PM