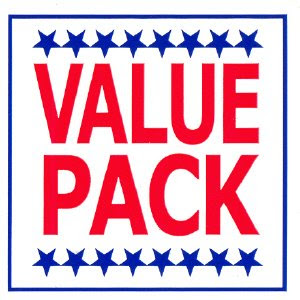 What a deal this is for you! Or is it?

Interesting article from The Boston Globe earlier this week about the fuzzy math stores use to lure shoppers into buying bargains that may or may not actually be bargains. Why do I bring this up? Because this 3-for-1 deal really isn’t a deal at all for you. I didn’t post Thursday or Friday and so today I’m combining everything—a William & Mary recap, a James Madison preview and whatever else I usually do on a Friday—into one post and using some cynical marketing ploy to get you thinking that you’re the beneficiary. What a deal!

Anyway, sorry for the lack of a post following the win over the Tribe. Turns out Sully Ray had to do something much more important than pinch-blog or watch Lost—pinch-babysit—so there was no Defiantly Dutch representation at the Arena. Apparently, that was a good thing, as the Dutchmen are now 1-0 when none of us are in the building.

Tom Pecora continues to get plenty of mileage out of essaying the furious father. Tony Dennison, who lost his starting job and played just 26 minutes in the first four games of the month, played at least 20 minutes for the third straight contest Wednesday and scored eight straight points during a 76-second span in the second half—all with Charles Jenkins on the bench due to a leg cramp—to expand a two-point lead to 10 points. That’s as many or more points as he’s had in 10 games this season.

Of course, outside of that burst, Dennison was 0-for-7 from the field, another indication that his season-long shooting woes aren’t quite solved. But hey, it’s a start.

And Cornelius Vines, who was yanked from the starting lineup for the first time this season against Northeastern and didn’t play at all in the second half following some poor shot selection, scored all 15 of his points in the second half—or, as noted Vines fan Litos notes, as many points as the Dutchmen had in the entire first half combined.

It was an encouraging win for Pecora, who, as the Daily News’ Sean Brennan notes here, has long envisioned Jenkins, Dennison and Vines forming a dominant offensive unit. But Wednesday was only the third time this season all three players have scored in double figures in the same game. Not surprisingly, the Dutchmen are 3-0 in those contests.

It’ll be interesting to see if Vines’ second half performance is enough to get him back in Pecora’s ever-morphing starting lineup. Ten players have made at least two starts this season for the Dutchmen (everyone except Mike Davis-Saab, Zygis Sestakos and David Vallins), one shy of the Pecora-era record set in 2003, when Rick Apodaca and Wendell Gibson were suspended half the season. Three years ago, only six players made multiple starts for the Dutchmen.

The Dutchmen hit the midway point of the CAA schedule tonight (time flies) against surprising James Madison, which has emerged as a legitimate contender under first-year coach Matt Brady (otherwise known as the current CAA coach most likely to enjoy a Jay Wright-esque arc). Check out the Litos preview here. This isn’t quite the must-win that Wednesday was, but a road victory over an upstart and a 5-4 record would be a nice way to keep building on momentum heading into the make-hay part of the schedule.

And lastly, I offer you a link. I learned during four years in Boston that Boston Globe columnist Bob Ryan was about the only sportswriter universally liked by the region’s notoriously hard-to-satisfy sports fans (you can read more about that dynamic later this year…are you intrigued? You should be).

Here’s why. Ryan’s column on the random awesomeness of Boston University’s 99-97, four-overtime win over Stony Brook last Monday should be required reading for anyone insane enough to want to do this for a living.

The easy thing to do is to marvel at the box score and write a few hundred vaguely condescending words about what a cool game was played by two low-level D-I teams in front of just about nobody. It takes equal parts talent and humility to produce a piece like this. Ryan is on your TV set just about every day and spends most of his nights covering the Red Sox, Celtics and Patriots, yet it’s not beneath him to do the grunt work necessary to convey how memorable the BU-SBU game was—nor to make it clear he wishes he’d been there. It’s nice to see a newspaper postpone its self-inflicted death march and ditch the belief that readers can only handle USA Today-sized stories long enough to actually produce something like this.

Email Jerry at defiantlydutch@yahoo.com. And join the Defiantly Dutch group at Facebook today!