All these changes taking place… 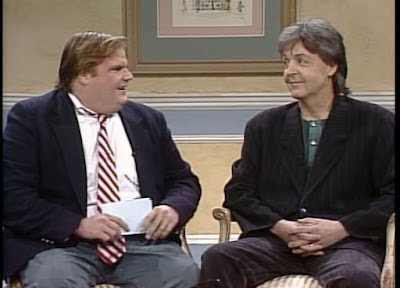 The Flying Dutchmen have changed by not changing at all (oh yeah, I always wanted to find a way to work into a story my favorite line from my favorite Pearl Jam song). Nine weeks ago today, the streaking Dutchmen met Towson in a game that had the potential to foretell their fortunes for the rest of the season and their ability to exceed modest pre-season expectations.

Today, the streaking Dutchmen meet Towson in a game that has the potential to foretell their fortunes for the rest of their season and gauge their ability to meet or exceed modest mid-to-late season expectations.

These Dutchmen, of course, are streaking in a different direction with two straight losses than those Dutchmen, who had won four in a row. And these Dutchmen need to make a statement like the one those Dutchmen made in Towson, where they knocked off the Tigers 90-81 in perhaps the program’s most impressive win since the graduation of Loren Stokes and Carlos Rivera.

Five players scored at least nine points, Cornelius Vines hit six 3-pointers and the Dutchmen made 25 of 31 free throws in scoring 90 points in regulation for only the fourth time in the Pecora Era (ironically, in that it’s not ironic at all, Towson is the only venue in which the Dutchmen have twice exceeded 90 points in regulation). The Dutchmen out-rebounded the Tigers 39-30, set a season high with 19 assists and committed just 11 turnovers, one shy of their season-best mark.

The loss to George Mason Tuesday is one suitable for viewing, as well, albeit only for interrogation purposes, and even then only if everything else has failed and you’re running out of time. At 6-6 and in seventh place in the CAA, the Dutchmen are right where everyone figured they’d be back in October, but that hot start raised expectations and the subsequent slumps have lent a particularly frustrating air to the season.

Fortunately for the Dutchmen, perpetually disappointing Towson—which is one loss away from locking up its eighth sub-.500 conference record in as many seasons in the CAA—is in even worse shape. Hofstra has to win this game if it hopes to regain some momentum over the final lap of the conference season, and the Tigers could be the perfect tonic for whatever ails the Dutchmen—and in particular Charles Jenkins, who is 18-of-38 shooting in his last three games against Towson.

Four Towson starters stand 6-foot-6 or taller, so finding the right mix of Darren Townes, Arminas Urbutis and Greg Washington (who had a double-double against Towson in December) is key. The guess here is Townes, fresh off a season-high nine rebounds against Mason, will approach 30 minutes for the first time in more than two months.

It’ll also be interesting to see if Vines and Tony Dennison, each of whom set a season-high in minutes off the bench Tuesday, see the same amount of time following their brutal shooting efforts against Mason. My guess is we’ll see more of Zygis Sestakos, who missed all five 3-pointers against Towson in December and has taken just 14 3-pointers since.

Anyway, see you there. I’ll be the one dribbling a basketball, sporting socks that are too high, shorts that are too short and the faded and shrunken Miller T-shirt I won at Bogart’s for being able to identify where Eddie Vedder was living when he joined Pearl Jam (Answer: San Diego. Honest to goodness. How’s that for tying it all together nicely?) Hey, I’ve got to be prepared just in case there’s an Alumni Day scrimmage and alums are pulled out of the stands to play.

Email Jerry at defiantlydutch@yahoo.com. And join the Defiantly Dutch group at Facebook today!
Posted by Jerry Beach at 5:45 AM