The bids are not always bigger in the other conferences 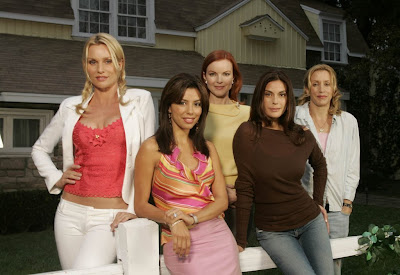 I’ve always thought Newsday’s Steve Marcus gets a bad rap on the CAA Zone message boards, where his work is often mocked and scorned. I don’t know if it’s a kneejerk reaction to the Big Bad Mainstream Media or just a matter of a columnist continually pushing the wrong (or right) buttons. I do know that the belief that he’s got it out for Hofstra—or that he directs Newsday’s college coverage away from Hofstra—because he’s a Stony Brook grad is hilarious. Yeah, Newsday’s all over the Seawolves.

I have empathy for anyone who is shuffling desk chairs on the Titanic, especially someone like Marcus, who has been at Newsday for more than three decades and is on a beat that the newspaper barely even pretends to acknowledge anymore. Perhaps I’m remembering what I want to remember, but I remember weekly columns from Marcus during my college days. I didn’t always agree with the guy either, and my out-of-control ego believed he and the rest of the Newsday college staff based its Hofstra coverage on trying to beat The Chronicle, but those columns were good stuff.

That said, Marcus does tend to harp on the same issues. In the mid’90s, he was not shy in stating that nobody would care about Hofstra’s football team unless it made the leap to I-A—or failing that, at least played a I-AA schedule filled with the type of local rivals that made for full houses at Hofstra Stadium during the Division III days. This decade, he’s been steadfast in his belief that Hofstra made a mistake in thinking of its football team first in leaving the America East for the CAA following the 2000-01 season and that reaching the NCAA Tournament out of the CAA will be difficult in men’s hoops.

Marcus said as much again last week and, for at least the second time in 23 months, opined that Hofstra should try to move its athletic teams to the Atlantic-10. (Newsday’s archives are brutal, but I found, via the ProQuest archives at my library a March 7, 2007 column titled “At Hofstra, football throws hoops for a loss”)

Look, there’s no doubt that the move to the CAA was James Shuart’s going-away present to his beloved football program and that the current administration views scholarship football as a bad contract it can’t unload. With zero ties to the glory days of Hofstra football, the powers that be would love nothing more than to find a way to save $1.9 million in full rides (give or take a few six packs of soda at Dutch Treats) and either join the MAAC (oh wait a minute…) or turn football into a club sport.

But even if Hofstra could bolt to the A-10 in other sports without affecting its membership in CAA football—and only six of the 12 CAA football schools are full-time CAA members—there’s no guarantee that the highest-profile team on campus would benefit from what Marcus calls “…the logical move” to the A-10. And I’m awfully skeptical that the A-10 would be the upgrade—in terms of local and national perception—that Marcus believes.

Marcus writes A-10 “…opponents would pack the house, something Hofstra has not had with regularity since its last NCAA appearance.” There’s no arguing the recent leanness of crowds at the Arena (this Tuesday marks the two-year anniversary of not only the Dutchmen’s last home sellout but also the last time they drew at least 4,000 people), nor that Hofstra bolting for the A-10 and leaving behind storied rivals Delaware, Drexel and Towson would upset about three people: Me, the wife and Sully Ray.

But the common criticism of playing in the CAA—that the lack of history between Hofstra and the southern-based core of the conference makes it difficult for fans to get excited about conference play—would also apply in the A-10, which is neither entirely based along the Atlantic coast nor numbers only 10 teams.

Sure, there’s a natural local rivalry with Fordham and it’d be neat to rejoin a conference that features a trio of really old school ECC rivals in Temple, St. Joseph’s and LaSalle. But those are the only four schools the Dutchmen have faced more than five times. Do you think fans will breathlessly await games against UMass, Rhode Island, St. Louis, Duquesne, George Washington, St. Bonaventure, Dayton, Xavier, Richmond and Charlotte? Not so much.

When the Dutchmen moved to the CAA in 2000-01, it did so having never played five of its new rivals (and Old Dominion once) but with 184 games under its belt against Delaware, Drexel and Towson.

In addition, if you think the CAA’s unbalanced schedule is unfriendly to the fan, imagine the hand-wringing that goes on over in the A-10, which has two more teams than the CAA yet whose conference season is two games shorter. An A-10 team plays only three of its 13 league foes twice. In the CAA, a team plays seven of its 11 opponents twice.

Marcus also writes that Hofstra cannot assume it’ll receive regular bids as a member of the A-10 but that the conference “…has a much richer history of multiple bids.”

Historically, sure. The CAA has received multiple bids to the NCAA Tournament three times since it expanded to 64 teams. The A-10 has done so 12 times since 1993 alone. Massachusetts and St. Joseph’s spent the majority of the season as the nation’s top ranked team in 1995-96 and 2003-04, respectively. The CAA holds a 1-0 lead in Final Four appearances since 2000, but the A-10 holds a 4-1 lead in Elite Eight appearance since 2004 and has sent seven schools to the Tournament in that span compared to four for the CAA.

But in many ways, the events of even five seasons ago are ancient history. The continuing and hastening divide between the haves (the BCS conferences) and the have-nots (everyone else) means the CAA and the A-10 are in the same position and not only fighting for the same ever-dwindling number of at-large bids but also a respectable seeding for the winner of its automatic bid.

George Mason’s Final Four appearance only made the Selection Committee even more determined to keep Billy Packer happy by keeping Cinderella at home. In 2005, nine of the 34 at-large bids were awarded to non-BCS schools. That number dwindled to eight in 2006 and six apiece in 2007 and 2008.

Don’t expect the A-10 to crash the Big Dance this year, either. With six teams ranked among Ken Pomeroy’s top 100—twice as many as the CAA—the A-10 is having an impressive season. Yet SI.com, CBSSports.com and Rivals.com each have just two A-10 teams in their most recent tournament projections. and the latter two sites both have Dayton listed among the last four teams into the tournament (in all fairness, both pieces were posted before Dayton knocked off no. 14 Xavier last night) and none of the three labels an A-10 team as among its last four out or still under consideration

If this sounds oddly familiar, it should. Eight years ago, similar figures had Marcus expressing uncertainty over the move from the America East to the CAA. Hofstra was a 13 seed in 2001 while CAA champion George Mason was a 14 seed.

Wrote Marcus Mar. 14, 2001: “The schools think the CAA will produce an at-large bid along with the automatic qualifier. But that is highly speculative.”

So, too, is the idea now that the Dutchmen would be better off in the A-10.

Email Jerry at defiantlydutch@yahoo.com. And join the Defiantly Dutch group at Facebook today!
Posted by Jerry Beach at 6:52 AM

Ah, not to brag, but I argued Hofstra should look to move up to the Atlantic 10 way back in 1993 or 1994, but who's counting? But instead of Hofstra in the mid-'90s, it was Fordham that made the jump, with future Stony Brook coach Nick Macarchuk leading Fordham's hoops program.

Not sure if the Atlantic 10 was stronger back then in the first half of the '90s, when John Calipari and Marcus Camby were at UMass, John Chaney was at Temple, and Mike Jarvis and Yinka Dare were at George Washington, and this was all before the rise of Phil Martelli at St. Joe's.

It was undoubtedly more interesting, and certainly way more interesting than the CAA — you just don't see coaches threatening other coaches in press conferences anymore, like Don Chaney going postal on John Calipari.