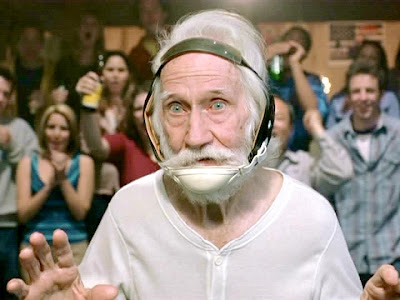 It's Senior Day. Make sure to show up to support those who wear the Blue...umm, on the road, at least.
If everything that has to go right today and tonight for the Flying Dutchmen goes right and the Dutchmen are residing in fourth place in the CAA by 10 p.m., it won’t really matter that the first-round bye was clinched while the players were scattered around campus for the evening and three or four thousands fans were nowhere near Hofstra Arena.

But still: Clinching a bye in such a fashion would feel a little anticlimactic—especially for a program that needs all the momentum it can generate with a mostly uninterested public.

Can you imagine the scene at the Arena this afternoon if the Dutchmen were in position to clinch a bye with a win on Senior Day over the last-place team in the conference? It would have been the most charged regular season atmosphere since the game against George Mason three years ago. Some of the students who are rooting for the Dutchmen with a renewed sense of urgency might have even spilled on the court if the Dutchmen won, which would be a reaction as cool as it would be inappropriate.

But, of course, there is no bye to be won against UNC-Wilmington. The two games that will determine the Dutchmen’s fate—if they beat the Seahawks; a loss guarantees the six seed for the Dutchmen—don’t tip off until 6 p.m. (Old Dominion at Northeastern) and 7 p.m. (Drexel at William & Mary).

That means the drama will be in watching the scoreboard to see if ODU and William & Mary can pull off the upsets—the former would be far less surprising than the latter—and catapult the Dutchmen to fourth. And let’s face it: It takes an especially sadistic, devoted person to sit at home on a Saturday night and hit refresh on the CAA scoreboard.

There won’t be much drama—at least hanging on the outcome of the game—at the Arena. Along those lines, I’ll bet you the loss Wednesday came at the cost of at least 500 walk-ups—and maybe closer to 1,000. Long Islanders love to jump on the bandwagon. Now? Not so much.

All that said, as neat as it would be to see the Dutchmen clinch a bye at home, I tend to agree with the posters on the CAA Zone: Even with the necessary caveats about playing on Friday—every team that’s won the CAA since the conference first expanded in 2001-02 has done so with the benefit of a first-round bye—falling to six might be better than jumping to fourth.

A first-round game against the 11 seed (probably William & Mary) should be winnable. And creating some momentum heading into the quarterfinals would be valuable for a Dutchmen team prone to self-destructive slow starts.

If the Dutchmen finish fourth, the fifth seed—Drexel or Old Dominion—will be a particularly dangerous one. The Dragons didn’t trail for a second in two wins against the Dutchmen this season while the Monarchs’ only loss in the last nine games was at Hofstra Feb. 10.

My guess is Drexel beats William & Mary, which guarantees the Dutchmen the six seed no matter how they fare earlier in the afternoon. Either way, if you’re a Dutchmen fan (and you probably are, if you’re here), root for Old Dominion to beat Northeastern in Boston and for George Mason (grrr) to beat Towson. That drops Northeastern to the three seed, and all you can ask for in this tournament is a true neutral site game in the quarterfinals against an opponent you’ve beaten once this season.

Of course, trying to predict this stuff is foolish, and the fact that so much has to go the Dutchmen’s way probably means it will. In which case, I’ll be here Monday telling you how awesome it was that the Dutchmen managed to finish fourth and how it’s a sign that they’re a charmed team heading into the tournament.

If you’re going to the game today, make sure to get there good and early—like by 3:40, which is when Senior Day festivities start. Hey, that’s what happens when you’ve got six seniors.

I’ve always been a sucker for Senior Day. I’m a nostalgic fool to start with, always wondering where the time has gone and possessing a selective memory when it comes to the good ol’ days while pessimistically wondering about the future, so to see players who have matured from wide-eyed newcomers to grizzled veterans in what feels like a blink of an eye makes me a bit melancholy.

Seeing a montage of the seniors to the tune of Tina Turner’s “The Best” always makes the hairs on my arm stand at attention. And the poignancy of honoring players who are almost surely in the sunset of their competitive days should resonate with anyone who has ever been on a team at any level (even someone like me, who sucked at track). So get there early and give Mike Davis-Saab, Dane Johnson, Greg Johnson, Zygis Sestakos, Darren Townes and Arminas Urbutis the reception they deserve.

The sheer quantity of seniors makes for some delicate lineup decisions for Tom Pecora. Six seniors not only means you can expect to see Charles Jenkins come off the bench for the first (and almost surely last) time in his career but that one of the honorees won’t get to start. Who draws the short straw?

Co-captain Davis-Saab will get a start to acknowledge his leadership and selflessness. Sestakos and Urbutis might be playing in front of family for the first time at Hofstra, so they’re in.

Greg Johnson has started the most of any senior this year, which would seemingly make him a candidate to take one for the team. But a lineup without him and Jenkins leaves the Dutchmen with no one resembling a point guard for a few minutes. So assume he’s in there, which leaves Townes and Dane Johnson battling for the last spot.

There’s no obvious tiebreaker here: Both are from New York, so presumably neither has a family member coming a great distance to see their son/brother/etc. Both are JUCO transfers, so there’s no rewarding a four-year member of the program with one final home start. The decision might be easier if Townes is still sick, but all things being equal, he’s provided more—of the tangible and intangible variety—over the last month than Johnson, who has proven more effective recently in short spurts.

Lingering injuries to Urbutis and Greg Johnson could also play a role in Pecora’s decision-making, but I’m going with the Davis-Saab/Sestakos/Urbutis/G. Johnson/Townes lineup. Though I reserve the right to change my mind and not tell anyone about it until just after 4 p.m.

And hey: Make sure to stay in your seat at halftime, when Rich Laurel’s no. 21 is retired, though I have no idea if Laurel, who coaches in Belgium, will be in attendance for the festivities.

Check out this thread at the CAA Zone for some very cool recollections of Laurel, who was a lethal scorer on the Dutchmen’s back-to-back NCAA Tournament teams in 1976 and 1977. And check out the awesome, resplendently ‘70s picture of Laurel from a story about him at the Hofstra athletics site. Man. I wish I was a teenager in the ‘70s. What I wouldn’t have done to wear a headband, knee-high socks and waist-high shorts, all while strutting to the Bee Gees. Oh wait. Substitute “Poison” for “Bee Gees” and that’s me at the Y 20 years ago. Never mind.

I interrupt this blog to offer my apologies for the sporadic posting this week. It’s been an exhausting few weeks at DDHQ and it was tougher than I anticipated to post with an out-of-state trip in the middle of the week. The batteries are recharged and the hope is to reward your patience by being all over the tournament—past and present—next week. And, fingers crossed, through the weekend and into the next week.

All that and no prediction/preview yet. Only three of the Dutchmen’s eight home CAA games have been determined by more than five points, and none have been determined by more than 10 points. But I think the Dutchmen win comfortably today, even against an opponent they edged at the buzzer in Wilmington exactly a month ago. Senior Day should provide a boost, the Dutchmen should be doubly hungry after the lopsided loss to Georgia State and their height advantage will be too much for the scrappy but undersized Seahawks to overcome.

Jenkins reaches double digits in assists on his 20th birthday (c’mon, Lions Den, serenade the guy), Sestakos remains red-hot from outside and leads the seniors in scoring and David Vallins steals the show with his first career points in the final minute. Whatever happens, see you there. I’ll be the guy yelling for Norman Richardson’s no. 21 to be retired along with Laurel’s.

Email Jerry at defiantlydutch@yahoo.com. And join the Defiantly Dutch group at Facebook today!
Posted by Jerry Beach at 6:26 AM

LOVE Senior Day. Even as a young pup I would get a tad emotional watching the kids walk on the court with their parents. I always try to see that game every year.

You're my boy, Blue!

Re: Your description of your would-be self as a ’70s hoopster. I think you would have looked like Jackie Moon. But would you have done a beer commercial extolling the beverage's virtues of a "magical blend of barley, hops and delicious alcohol"?