Georgia (State) on my mind 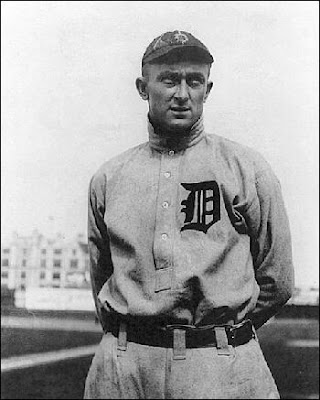 Why do I get the idea that anyone who called Ty Cobb the "Georgia Peach" got the living hell beaten out of him?

The Dutchmen and Panthers are red-hot—Hofstra’s five-game win streak is the longest active run in the CAA while Georgia State’s three-game streak ties it for second with Old Dominion—who have played their way back from the abyss multiple times. The Dutchmen, of course, opened the CAA season 2-4 and were 6-6 after consecutive losses to VCU and Mason earlier this month. The Panthers, who welcomed four transfers prior to the season, are finally developing some chemistry after going 0-9 against Division I competition prior to the New Year and enduring in-conference losing streaks of four games and three games.

The Dutchmen have played 16 CAA games, nine of which have been within six points at the 7:30 mark of the second half. From the file of “not really relevant but interesting to me nonetheless” is this: In four of the last five years, the Dutchmen’s penultimate (man I love that word) regular season game has been decided by six points or less.

And I wrote two weeks ago that this game—the furthest road trip of the season, against a sub-.500 team and in the middle of the week to boot—scared the bejeezus out of me.

So why can’t I shake the feeling the Dutchmen are going to win big tonight? This is nothing more than a hunch. I’m not trying to end up as bulletin board fodder for fans or anybody else.

But to watch the Dutchmen the last three weeks is to see a team that’s bursting with positive momentum and clicking on all cylinders. They are the hottest team in the league (the Dutchmen and ODU are both 7-2 in their last nine games, but the Dutchmen beat ODU so they get the tiebreaker…my blog, my tiebreakers for standings that aren’t really standings).

There are sophomores emerging as studs and seniors making contributions many of us were unsure they could provide. Everyone’s chipping in, there’s a different difference-maker every day (seriously, if I didn’t see it myself, I never would have believed Life of Corny’s eight-minute burst to end the win over Fairfield) and Charles Jenkins no longer looks as if he’s bearing the weight of the Dutchmen on his shoulders, even when he does shoot 4-of-17 from the field.

There are skeptics in the crowd who are enjoying the ride but not quite ready to think big. That’s understandable, given not only the Dutchmen’s bipolar nature but also the unpredictability of the CAA. As Litos pointed out yesterday, finishing fourth may not be much of a reward at all and is a seed fraught with peril. Multiple very good teams are going to be trucking home on I-95 by late Saturday night. Why fully invest if we could be shaking our fists at the sky 10 days from now?

You know what the skeptics need to even begin entertaining the thought of dreaming big? A big win—the type that makes everyone sit up and go holy smokes, these guys are for real and really dangerous. That win happens tonight.

And if it doesn’t, and if Nathaniel Lester becomes the latest player to hit a game-winning shot in the final minute—or, gasp, the Panthers win—don’t blame me. The conference is bipolar. It was like that when I got here. Either way, enjoy and tune in the old school way—radio only for the last time this season. No telecast or webcast available tonight, but I’m sure Mike Francesa will find a way to watch it anyway.

To try and figure out the various permutations and the other teams who can help out the Dutchmen over the final two games is an exercise for the sadistic…or the guys at WRHU (the link in the upper right is coming, gents, I promise). Great work here.

What you should root for, I think, is for Hofstra to win out (duh) and ODU to win out and Northeastern to beat Drexel tonight. That would give the Dutchmen the no. 3 seed by virtue of their 2-1 record against NU and ODU. Of course, the 3 vs. 6 game, almost surely against Drexel or James Madison, will be no walk in the park, but three sounds better than four and could come in handy if the Dutchmen need to hope for an NIT bid.

Email Jerry at defiantlydutch@yahoo.com. And join the Defiantly Dutch group at Facebook today!
Posted by Jerry Beach at 5:04 PM