Of nines and fours and fives and the various possibilities therein 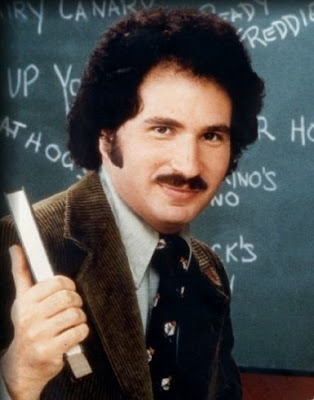 My favorite little quirk about Hofstra can be seen on a banner hanging from the Arena, on a plaque displayed in the trophy case in the lobby and in the fine print of the results section of the media guide. Said banner, plaque and fine print commemorate the Flying Dutchmen’s 1992-93 East Coast Conference championship.

But wait, you’re saying to yourself, wasn’t Hofstra an independent that season, playing a murderous cross-country schedule in which it racked up miles as well as defeats?

Why yes, yes it was. Yet there’s a paragraph in the 1993-94 media guide titled “ECC Champs…Again” in which it is explained that “…Hofstra was still an allied member of the three-team East Coast Conference” the previous season and that the Flying Dutchmen were awarded the 1992-93 ECC championship plaque by virtue of their two-game sweep of Central Connecticut State and Central’s split with Buffalo. And for 15 years now, Hofstra has been consistent in honoring that team, which was 7-18 against teams not named CCSU.

Anyway, the mind was wandering after the Dutchmen’s 69-59 win over fellow former ECC foe Delaware and I got to wondering who would be this year’s ECC champion. Alas, there will be no banner, plaque or fine print honoring Hofstra's 2008-09 ECC champs after Drexel locked up the mythical ECC title by beating Towson Sunday afternoon. Congrats, Dragons. You get neither a banner nor a plaque nor fine print beyond this.

At some point soon I may in fact try to figure out the mythical ECC champions dating all the way back to 1994-95. Because, you know, I am weird like that.

Back to reality and mythical championships which actually sort of matter, or are at least sort of relevant. The win over Delaware Saturday improved the Dutchmen to 7-2 in their last nine conference games, which ties them for the best mark in that span with—and now it all ties together very nicely!—ECC champion Drexel. Here are the standings over the last nine games:

The fun with stats is you can massage them any way you like and make the sample size as small or large as you wish to make your point. For example: Hofstra is 3-0 in its last three games, which places it all alone atop the CAA over that span!

But nine games is half a conference season, and with the regular season finish line approaching, a team’s record in its last nine games is pretty telling about where it is and what to expect from it in the tournament. Of course, the fine print here reads something like you’d read in a stockbroker’s tout sheet: Recent performance is not necessarily an indicator of future performance. If this season has taught us anything, it’s that coaches are right in pounding us over the head about how foolish and counterproductive it is to look any further than one game ahead.

With three league games still to play, there’s plenty of time for some more change and momentum shifts to occur in a conference that is truly the most unpredictable and hotly contested in the land. Seven-and-two could easily turn into a decidedly less imposing 8-4 or 7-5.

Still, remember these standings and chew on the probability that at least two—and, conceivably, three—of the hottest teams in the league come Feb. 28 are going to play the following Friday, which means there’s a pretty good chance that a team that surges into the tournament is going to go home before the semifinals.

As for Hofstra and Drexel, they could still finish anywhere from first to seventh. But Drexel has been fourth for weeks and a win by the Flying Dutchmen over James Madison Wednesday will go a long way towards assuring them no worse than the fifth seed. More on those possibilities tomorrow.

For now, ponder how the two most successful teams in the league over the final two-thirds of the conference season could end up playing not for the championship Monday but in the quarterfinals Saturday—in a game that could also serve as an NIT elimination game and the Mythical ECC Championship Game. Imagine how stressful that would be for those of us with a rooting interest…and how it would be the perfect symbol of a CAA season defined by equal parts competitiveness and unpredictability.

Email Jerry at defiantlydutch@yahoo.com. And join the Defiantly Dutch group at Facebook today!
Posted by Jerry Beach at 12:57 PM