Are You Experienced? No, not really. 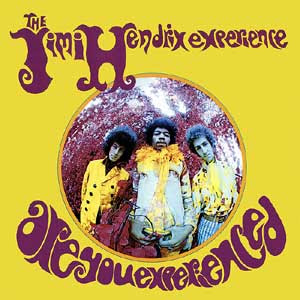 Jimi Hendrix was singing about the 2001 Flying Dutchmen, not the 2009 Dutchmen
Like a crowd at a Foreigner concert 30 or so years ago, the Flying Dutchmen’s seniors have the numbers—the strength in numbers (that one’s for Loyal Reader Rob, who refuses to let me live down the fact I was into Foreigner when everyone else was into Nirvana). With six seniors on the roster—the most since the Class of 2001—Senior Day Feb. 28 may take all weekend to complete.

So when Tom Pecora expressed hope a month ago that multiple members of the senior class would emerge and have big second halves, a la former Dutchmen such as Roberto Gittens (who averaged 13.1 points and 6.6 rebounds in the final 14 games of his career in 2001) and Aurimas Kieza (who scored in double digits in 12 straight games as a senior in 2005-06), the strength in numbers suggested that his wish would be granted. But with 12 or fewer games left, the odds of a senior following in the footsteps of Gittens or Kieza are slim and dwindling by the day.

For a team with half a dozen seniors, the Dutchmen have little experienced leadership. That’s not a knock on anyone among the group of Mike Davis-Saab, Greg Johnson, Zygis Sestakos, Arminas Urbutis, Dane Johnson or Darren Townes or a damnation of their leadership abilities. But a lot of leadership is production and it’s unfair to expect a sudden surge in the latter from a group of role players late in their senior seasons.

Overall, the six seniors have made a combined 187 career starts—fewer than the ’07 class of Loren Stokes and Carlos Rivera, who made 218 starts. Nobody in this group of seniors can match the experience of Gittens, who set a program record by playing in 124 games, or Kieza, who played in 113 games and was one of five players to set a single-season record with 33 games played in 2005-06. In fact, Jenkins (52 career starts) could sit the rest of the season and still end the year with more starts than anybody else on the roster.

Among the four-year players, Davis-Saab (37 starts) and Sestakos (29 starts) rank second and tied for fourth in starts and were regular starters as sophomores, but they are the last two scholarship players off the bench and played in the same game Tuesday for just the seventh time this year. Greg Johnson (36 starts) is the closest thing to a senior who has been a four-year core player, and even he recorded the first DNPs of his career this season. Urbutis (18 starts) is the only senior to play in every game this season, but his nine starts equal his total entering the year.

Beginning with the class of 2000 (i.e. the Class of Speedy) and counting this year’s four-year seniors, 19 players have played four seasons for the Dutchmen. Let’s be very optimistic and assume there are 12 games left (seven regular season, three in the CAA Tournament and two in the NCAA Tournament, the NIT, the CBI, the CollegeInsider.com tournament or the Defiantly Dutch Invitational, the latter of which is coming soon to a playground near you).

Even if the four-year seniors were in the starting lineup the rest of the season, the quartet of Davis-Saab, Sestakos, Urbutis and Greg Johnson would still rank among the bottom third on the below list in terms of career starts and ahead only of little-used big men Lars Grubler and Marc Petit and former walk-on Ryan Johnson.

For the last 10 years, we’ve become used to experienced seniors with the basketball version of institutional knowledge. But Agudio, Stokes, Rivera, Gittens, Richardson and Jason Hernandez (88 starts in three years) are not walking through that door, fans. And if you expect them to walk through the door, they’re going to be there for Alumni Day Saturday (note to Hofstra: I’ll be very disappointed if there’s no alumni scrimmage before or after the game. I’ll even suit up if you need an extra body. But I need at least 20 shots to find my stroke…you know, like Dennison *rimshot*).

You’ll probably see a group of seniors bursting with institutional knowledge in Jenkins, Nathaniel Lester and Greg Washington come Senior Day 2011. But if the Dutchmen are going to play another dozen games—and as discouraging as Tuesday was, just remember that anything is possible in the CAA after the ninth-, 11th- and 12th-place teams in the conference beat the fourth-, second- and first-place teams last night, this stuff is for the sadistic, I tell you—it’ll probably be the sophomores, and not the seniors, who will lead the charge.

Email Jerry at defiantlydutch@yahoo.com. And join the Defiantly Dutch group at Facebook today!
Posted by Jerry Beach at 7:29 AM