Georgia State 76, Hofstra 55 (Or: Teams that shoot more than 60 percent from the field for a half win 100 percent of the time) 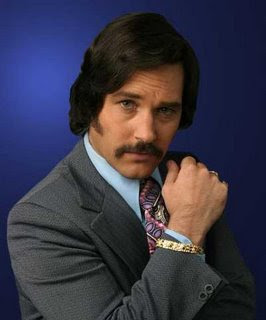 These Panthers must have gotten ahold of Brian Fantana's cologne.

This happens ALL THE TIME. And by ALL THE TIME, I mean it happened just about every damn week of the NFL season during my last two years at Hofstra. I’d sit there, poring over my fantasy football lineup for days and days and days (as for that science homework…ehh, I’ll catch up later, what’s the worst that could happen?) before submitting it.

Then I’d pore over the lineup some more, pondering all sorts of statistical minutiae and all sorts of what-if scenarios, and I’d convince myself to change my lineup. And what would happen, without fail? Scott Mitchell, banished to my bench, would throw four TDs while Jeff George threw for 87 yards and four picks…and I’d lose by like three points.

After that happened a whole lot, I said no more and decided that my first instinct is the one I always pursue. So the lineup I submit is the lineup I play, unless something stupid happens, like, oh, I don’t know, an idiot wide receiver shooting himself in the leg with his own gun. But c’mon. That would NEVER happen.

The point of all this is I should have left well enough alone and stuck with my original instinct about Wednesday night’s game against Georgia State. Even before the Panthers started—wait for it!!!—roaring, this game seemed like a potential trap for a hot Dutchmen squad.

But then I got a little goofy, and probably let my moderate amount of blog bias seep in, and I started envisioning this as a statement game for the Dutchmen as they continued to round into form for the CAA Tournament.

And my first instinct was the right one, even if this was a statement game. Georgia State 76, Hofstra 55 was the Dutchmen saying “Our coach is right to trademark the term ‘bipolar basketball.’”

On one hand, this loss shouldn’t be so surprising, even if the margin of defeat was jarring. A midweek trip to the southernmost outpost in the CAA is a dangerous one. There’s nobody hotter in the league than the Panthers, who, as Litos notes, are officially the team that could really turn the tournament upside down next week. Plus, it was Senior Day in Atlanta and the home team is always a little more enthused for that.

The loss also served as reminder of the relative youth of the Dutchmen. Charles Jenkins led the Dutchmen with 19 points on 7-of-15 shooting, but he didn’t get untracked until the second half (he was just 1-of-6 from the field and committed two turnovers in the first half). Nathaniel Lester, who entered the game averaging 12.9 points and 5.6 rebounds in his previous nine games, finished with no points and two boards. Greg Washington had nine points and three rebounds, but picked up four fouls in 24 minutes.

The struggles of the sophomores were particularly noticeable on a team that didn’t come close to fielding its optimal roster. Darren Townes was left on campus to battle the flu bug, robbing the Dutchmen of some valuable intensity and fire. Greg Johnson and Arminas Urbutis started despite battling shoulder and hip woes, respectively, while Miklos Szabo was working off the rust in his first game since breaking his forearm against Northeastern Jan. 17.

And I’m not sure a fully loaded Dutchman squad—or anyone at all, for that matter—could have beaten the Panthers Wednesday, when they made seven of 11 3-pointers in the first half and shot 62 percent overall in the first 20 minutes. Even the stingiest team in the league is helpless when the other guys can’t miss. Gotta chalk it up as one of those nights and a blip on the radar.

But still…a blip on the radar squawks louder in late February than in late December, especially when it comes after the Dutchmen had scrambled into position to earn one of the first-round byes.

And maybe it’s related to the unpredictability of youth, but the Dutchmen seem particularly prone to “one of those nights.” This latest lopsided loss doesn’t go into the books as the Dutchmen’s fifth wire-to-wire loss of the conference season, thanks to the 4-2 lead they enjoyed 2:23 into the game. But it’s a reminder that this 19-win team, for all the toughness it displays in close and late situations, is remarkably susceptible to getting blown out of the building before the first media timeout. That’s not the most encouraging feeling knowing it’ll take three—and more likely four—wins in as many days in hostile territory to reach the NCAA Tournament.

Stewing over such a thorough loss and what could have been—thanks to Drexel’s loss to Northeastern Wednesday, a win over Georgia State would have allowed the Dutchmen to clinch the no. 4 seed by beating UNC-Wilmington—does the Dutchmen no good. All they can do now is win Saturday, hope for the best in the evening games…and hope the bipolarity is gone for good, at least for this season.

Email Jerry at defiantlydutch@yahoo.com. And join the Defiantly Dutch group at Facebook today!
Posted by Jerry Beach at 11:35 PM

It's made with bits of real panther... so you know it's good.