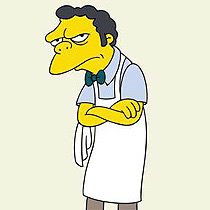 There won't be any serving boozehounds and answering crank callers for Tom Pecora...as long as the Flying Dutchmen keep playing like they did Saturday.

Some of us reacted to the Flying Dutchmen’s double overtime win over James Madison Wednesday by waxing poetic about how it was one of the best games we’d ever seen. Tom Pecora, on the other hand, pondered a career change.

Pecora’s dissatisfaction with a thrilling win wasn’t entirely Fellowship of the Miserable stuff. While the flirtation with triple digits can easily be explained by the two overtimes—Jon Wagner points out in the above link that the score at the end of regulation was both in the Pecora-preferred 60s as well as remarkably close to the final score in the Dutchmen’s win over Madison in January—the 10 point-heavy extra minutes wouldn’t have been necessary had the Dutchmen, who led Madison by eight points with 7:30 to play, been able to finish off the Dukes.

Of course, in their defense, it’s not like the Dutchmen are experienced holding a multi-possession lead so late in the game. The eight-point lead over the Dukes at the 7:30 mark of the second half was the Dutchmen’s second-largest of the conference season and their fifth-largest overall.

So the Dutchmen had Fairfield right where they wanted ‘em (note: I realize this is a grievous grammatical error. “Them” is plural and “Fairfield” is singular, hence, I should use “it” when referring to Fairfield. But “…had Fairfield right where they wanted it” sounds terrible, so I’m going to make the English teachers in the audience—hi honey!—cringe.) down one with 7:30 to play Saturday in Bridgeport.

And the Dutchmen really had the Stags (there, that’s better) where they wanted them down six with 4:19 to play before surging back for a 61-56 win in front of a pro-Hofstra crowd (more on that in a bit; the Arena at Harbor Yard is a really lame and inappropriate place for a mid-major team to call home) that keeps Pecora off the links and away from slinging Duffs, at least for another day.

Following the post-game handshake, Pecora loosened his tie as he walked off the court, as if to symbolize the tense nature of the victory, but his smile seemed to be equal parts relief and recognition. As in: This is more like it.

This was, in many ways, a textbook Dutchmen win: Start slow, get hot to get back in the game at the end of the first half (or, in this case, take the lead with a 13-2 run over the final 6:11), struggle for an extended stretch in the second half and then close the game with a victorious flurry.

The Dutchmen also outrebounded the Stags 35-24. Down In Front Johnson displayed his typical uncertainty when he got the ball beneath the Dutchmen basket, but he pulled down six boards, as many as he had in his previous three games combined and his most in a single game since Jan. 10 against VCU.

The impressive success from 3-point land—the Dutchmen shot a season-best 47 percent (8-of-17) from beyond the arc—isn’t usually part of the plan. Charles Jenkins wasn’t among the hot shooters: He was just 4-of-17 from the field, including 1-of-6 on 3-pointers, but his nine assists marked the third straight game he’s led the Dutchmen in that category.

And the 16-5 game-ending run wasn’t exactly a flurry. How’s this for irony that isn’t really ironic: The Dutchmen entered Saturday 11-0 when shooting at least 40 percent from the field. They made two of their final five shots Saturday and ended the game shooting…that’s right: Exactly 40 percent. Whoa.

If you think that’s freaky, how about this: The difference between victory and defeat Saturday was Life of Corny, who emerged from indefinite hiatus to score all 13 of his points—on 3-of-4 shooting from 3-point land and 4-of-4 shooting from the free throw line—in the final 8:18. He scored 10 points in the final 4:19 and accounted for both Dutchmen field goals—the first of which cut the deficit to three and the second of which snapped a tie and gave the Dutchmen the lead for good with under a minute to play—in that span.

LOC’s Saturday Night Special came after he went 0-for-7 from deep and scored six points total over the 34 minutes he played in the Dutchmen’s previous three games. In addition, he entered the game having hit just two of his 20 3-point attempts this month.

If you think his confidence was shaken at all by the extended drought as well as his benching, well, then you haven’t watched any of LOC this year, have you? After his tie-breaking 3-pointer, Vines sported his usual wide, mouthpiece-is-taking-up-his-entire-mouth grin and raised three fingers on each hand. I’m pretty sure he wasn’t informing us all that he’d just nailed more 3-pointers in eight minutes than he had all month.

He kept yapping and gyrating as Fairfield called a timeout, forcing Down In Front Johnson to corral him by the sideline in an attempt to settle him down. And that brazen defiance is why LOC is our favorite show (that isn’t really a show).

Pecora should get some credit for Vines’ ability to contribute after a month in mothballs. It’s no coincidence the Dutchmen have turned their season around (again) since Vines and Tony Dennison saw their playing time cut drastically following the loss to George Mason in which they shot a combined 7-of-34.

But Vines is a guy who can find his stroke in a single shot, so even though he’s played 13 or fewer minutes in four straight games, it’s enough time to determine if he can help the Dutchmen. Dennison doesn’t have the same potential to provide instant offense (not to mention instant entertainment) and is 0-for-4 from the field in just 18 minutes over the last five games.

The return of LOC, as well as 12 points from the still sizzling Jive Talkin’ Sestakos (so nicknamed because Pecora called him a matinee idol, a la a Bee Gee, during his appearance with Mike Francesa last Thursday…seriously, I can’t make that up), was vital because the new 1-2 punch of Jenkins and Nathaniel Lester had its (their?) quietest game since emerging against Towson. Jenkins scored 13 points on 4-of-17 shooting while Lester scored seven points, only the second time in the last 11 games he has not reached double digits.

Not as encouraging, of course, as the Dutchmen exiting a Bracket Buster (I have been told that the two words are actually one, alas, I will continue to make it two) that won’t actually help anyone bust a bracket as healthy as they were entering it. The win and sustained momentum is a nice bonus. That’s five in a row and 19 overall, and a season that appeared ready to unravel just after the new year instead possesses plenty of promise heading into the final two games of the CAA slate. More on those possibilities later in the week.

Email Jerry at defiantlydutch@yahoo.com. And join the Defiantly Dutch group at Facebook today!
Posted by Jerry Beach at 11:34 PM

Wait, Mr. Blogger, are you telling me that your blog has chosen to ignore a--no, actually at least two!--grammar/style rules in favor of your own preferred style (bracket buster)? I seem to remember you complaining rather bitterly about another company that followed its own rules. Wasn't it... Oh, wait, sorry there's the door. Maybe it's Jim, I mean, Ed McMahon. Gotta go.

And to add typographical insult to grammatical injury, the single quote in front of "‘em" (sic) is pointing in the wrong direction — it should swing down and out, like this: