Two out of three ain’t bad, but it might not be enough to go fourth 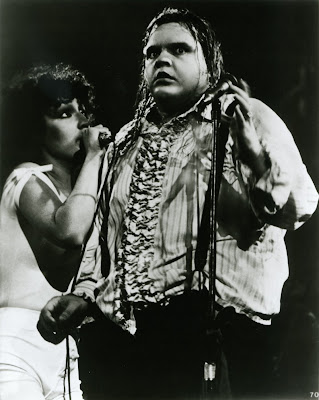 Little known blog rule: You're allowed to use the same Meat Loaf photo three times per year.
The Flying Dutchmen did what they had to do Tuesday in order to have a shot at creating a four-way tie for the four seed this morning. Oh well, it was fun to think about. Thanks for nothing, Drexel. Booo. But The Maynor Rules…again.

Actually, the Flying Dutchmen’s chances of finishing in fourth place and earning the final first-round bye wouldn’t have been any more damaged had James Madison held on to upset VCU. (Though the top two teams in the CAA getting upset on the same night for the second week in a row—albeit this time by a pair of contenders instead of the cellar-dwellers—would have been a perfectly appropriate thing to occur in our favorite bipolar conference) The Dutchmen could have made up a JMU win last night by beating the Dukes next week to complete the season sweep.

But gaining two games on Drexel just got a lot tougher. The Dutchmen probably need to win out to have even a semi-decent shot at surging past the Dragons, who finish the season by hosting Towson, visiting George Mason, hosting Northeastern and visiting William & Mary. Drexel splitting those four certainly seems plausible, but as well as the Dutchmen play down the stretch under Tom Pecora (more on that tomorrow), are you willing to bet this unpredictable squad holds up its end of the bargain by going 4-0? Georgia State in the middle of the week worries me. Just saying.

Anyway, if the season ended today, the Dutchmen would be the five seed via the tiebreakers over fellow 8-6 teams ODU and JMU. Not bad for a team that was all alone in seventh and as close to eighth (taking into account tiebreakers) as it was fourth.

Email Jerry at defiantlydutch@yahoo.com. And join the Defiantly Dutch group at Facebook today!
Posted by Jerry Beach at 6:47 AM