Same as it ever was… 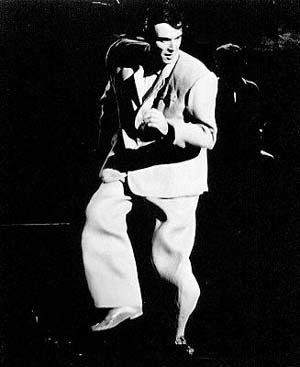 Did you know David Byrne was singing about the home crowds at Flying Dutchmen games? It's true. You can look it up.

After the post-game handshake Saturday, Tom Pecora turned and looked at the Hofstra fans that had traveled up I-95 (or across Long Island Sound) to watch the Flying Dutchmen beat Fairfield. He waved at a boisterous student section and offered a smile that was as appreciative as it was bemused, as if he was wondering: This is awesome, but what is this? And why can’t we sustain it?

The Lion’s Den has responded to some pointed criticism with an impressive effort—home and away—over the last couple weeks, and interest should continue to build with the Dutchmen surging and threatening to make the CAA Tournament very interesting. But my guess is that this bounce is unsustainable, and that some year soon, another Chronicle writer (or Twitterer, perhaps) will bemoan the performance of the student section, because such complaints are a tradition that pre-date Pecora and will probably dog his successor, whether that guy arrives four weeks, four years or four Olympiads from now.

Few adults are going gaga over Hofstra basketball, so that means few kids grow up watching the Flying Dutchmen and counting down the days until they can attend games on campus. Kids want to go away to school and craft their own identity during the college years. I could have gone to UConn or followed in my parents’ footsteps by going to Central Connecticut, but that would have been boring and I surely would have seen multiple people per day who remembered my gawky/geeky phase and how it lasted from, oh, first thru 12th grade.

In fact, of the Long Island natives in the Defiantly Dutch Army, no one rooted for Hofstra as a kid nor planned to attend the school. Ironically, in that it’s not ironic at all, Sully Ray began his collegiate career at UConn (does that mean, in an alternate universe, we’d be fighting each other for T-shirts at Gampel Pavillion?). Loyal Reader John started out at Oneonta. The wife and Loyal Reader Rob wanted to go to Syracuse and Virginia, respectively, but Hofstra made them offers they could not refuse.

The kids who do end up here, by and large, are still paying much more attention to the players they watch on TV than the players with whom they share a classroom. And it takes a lot to overcome that built-in disinterest. It was this way in 1995, when I wondered why nobody was coming out to watch a playoff-bound football team. It was that way in 2000-01, when the Dutchmen made their second straight NCAA Tournament yet drew an average crowd of 3,331 during the first full season at the sparkling Hofstra Arena.

It was that way in 2003-04, when I wrote a story about the Hofstra-Stony Brook rivalry and Pecora said he and the university were “…focusing on really getting the freshmen involved and creating a little bit of tradition here [in] getting people over to the game and making [it] part of the overall experience.”

A fine idea, no doubt about it, but one that has to be executed every single year. Easier said than done, as evidenced by the fact Hofstra is one win away from its fourth 20-win season in five years yet is still trying to lure fans to the Arena.

The 2005 team started 9-0, was viewed as a viable contender for the CAA crown most of the season and was a safe bet to at least earn an NIT bid if it didn’t win the CAA, yet it drew fewer than 2,000 fans to four of its first five post-Intersession home games. The 2006 team had to draw at least 3,300 fans to each of its final six games (including two NIT contests) to reach an average of 3,000.

The boost from the Dutchmen making national headlines in 2005-06 lasted all of one season as we all learned again there is no margin for error for the program with the fan base. One sub-.500 season and it’s back to square one.

The Dutchmen aren’t helped by the built-in hurdles of the schedule, either. Let’s face it, November and December are filled with non-conference games lacking pizzazz—not exactly the enticement needed to lure students over to the Arena and on to the bandwagon.

Then there’s the world’s longest Intersession, which kills any momentum the Dutchmen had prior to Christmas—especially when students return to school with the Dutchmen seemingly destined for the middle of the CAA pack. There’s only a handful of home games in February, and half of those are usually played in the middle of the week. The Dutchmen have drawn more than 3,000 fans three times this year, all on Saturdays.

That said, February brings to students the same sense of urgency it brings the players—particularly the seniors on both sides: The feeling of oh my goodness, I only have ‘X’ games left to yell and cheer and paint my face and enjoy the best part of being a college student.

Only ‘X’ games left to have a chance at being part of the NCAA men’s basketball tournament, which is the single greatest communal experience in sports. Only the diehards get worked up about the I-AA playoffs or the lacrosse tournament. I know, because back in the day I bragged to my friends and co-workers back home about Hofstra’s excellent football and lacrosse teams, and all I got in return were blank stares.

But EVERYONE knows about the men’s basketball tournament, and making it gives a school instant name recognition and swells its graduates with—wait for it!!!—pride. To be a student at a mid-major that goes dancing is a gift as random as it is serendipitous. There’s a finite amount of chances to experience that, even if you’re on the extended warranty plan like I was, and nothing will ever top it—for students and players alike.

“Winning a championship in the NBA was fantastic, but I don’t think a lot of people realize how special it was to get to the NCAA Tournament from a mid-major,” Speedy Claxton said after his number was retired Jan. 31. “When you go to a big school, they go to a tournament every year, so it’s really not a big deal. But when you get that automatic bid from a mid-major, it’s tremendous.

“That was the ultimate, ultimate experience. I don’t think anything will ever replace that.”

The size of the Dutchmen rooting contingent Saturday at the Arena at Harbor Yard—which basically served as a bonus home game for Hofstra—was an indicator today’s students are beginning to understand exactly what Claxton meant. The win over Fairfield probably helped build momentum and interest heading into this Saturday’s home finale, and I’ll wager the crowd there is easily the biggest of the season (especially if the Dutchmen stay hot tonight against Georgia State).

Hopefully there are fans in the student section wondering what took them so long to climb aboard. And if history is any indication—and trust me, in this case it is—there will be a bunch of students wondering the same thing at this time next year

Email Jerry at defiantlydutch@yahoo.com. And join the Defiantly Dutch group at Facebook today!
Posted by Jerry Beach at 2:29 PM