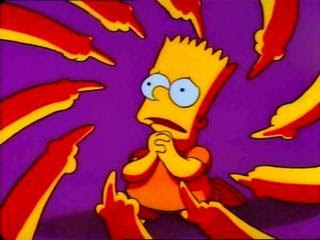 It's your fault Tom Pecora couldn't feel good about the Flying Dutchmen getting to 20 wins on Charles Jenkins' 20th birthday!!

This is, as usual, all my fault.

Midway through the first half Saturday, with the Flying Dutchmen lighting it up against UNC-Wilmington and already enjoying a double-digit lead, I declared the game over, that the Dutchmen would never trail again.

That, of course, was not the case, even though the Dutchmen didn’t fall behind until overtime (note to self: find out just how rare that is). Declaring lopsided victory so early displayed a sadly lacking understanding of the Dutchmen-Wilmington rivalry: This is the fourth straight year the Dutchmen and the Seahawks have played an overtime game and the seventh straight year in which the Dutchmen-Seahawks game in Hempstead either went into overtime or was settled by six or fewer points.

And after Charles Jenkins finished off what had to be the greatest performance ever by a Hofstra player on his birthday (major props to the Lions Den for not only serenading Jenkins but also presenting him with a birthday cake that he carefully carried off the court) by scoring six of the Dutchmen’s final eight points to turn potential disaster into exasperated relief and an 88-81 win (that’s the Daily News recap, here’s the Newsday recap), I stood up and said to the wife “Well, I’m glad we don’t have to worry about NC-Wilmington next week.”

We got home several hours later (aha! I bet you thought I’d be one of those stark raving lunatics who would be watching a scoreboard all night! You would be wrong! Though Hofstra and the CAA was all I was thinking about as I tried to be social with a substandard of species that does not obsess over Hofstra and the CAA), called up the CAA scoreboard and saw ODU beat Northeastern and William & Mary beat Drexel.

Those were the two upsets that I thought Hofstra needed to finish fourth…but I sucked at algebra in high school so I screwed up that equation. ODU win + W&M win / Hofstra win equals the five seed and a Friday game against…12th-seeded UNC-Wilmington. Damn you algebra!

And damn my prescience! When I said following the Dutchmen's 80-78 win over the Seahawks in Wilmington that UNC-Wilmington would be someone’s nightmare matchup on the Friday of the tournament, I expected the Seahawks would be, you know, someone ELSE’S nightmare. (And damn you too, Drexel, but more on that and the rematch against Wilmington in the next post.)

As for the regular season finale: It proved be a nice summation of the entire bipolar campaign. The Dutchmen started out great (a 17-4 run turned a tie game into a 25-12 lead less than 11 minutes into the game) and then they weren’t great (UNC-Wilmington subsequently went on a 14-4 run). Then they were great again (a 15-6 run to open the second half and give the Dutchmen a 14-point lead). Then they weren’t great again (the Seahawks outscored the Dutchmen 20-10 over the final 5:46 of regulation to force overtime)

In overtime, the Dutchmen stepped to the edge of the abyss in falling behind twice and twice giving the Seahawks a chance to take a two-possession lead before Jenkins took over. Jenkins’ effort looked as brilliant (a career-high 35 points on 11-of-18 shooting, eight assists, five steals, four rebounds and one block) as it did painful (he went crashing to the hardwood and had to be helped up three times in the final seven minutes of regulation).

He was augmented nicely by one-time wingman Cornelius Vines, who scored 17 points—his most since he scored 23 against Delaware Jan. 7—on 5-of-11 shooting from 3-point land and unwittingly inspired the funniest line of the season. I’m watching the MSG broadcast as I write this and analyst Frank Sullivan just said the following of Vines (well, he didn’t JUST say it, it’s almost 3 a.m. Monday and he said this…ahh you know what I mean): “Very quietly, Cornelius Vines, too, in a very unassuming way, has had an impact offensively on this game.”

I’m pretty sure that’s the first time ever the words “very unassuming way” have ever been used in an adjectival way with Vines. Life of Corny was his usual hilariously entertaining self Saturday: Celebrating after every 3-pointer, dancing his way back to the bench every time the Dutchmen headed into a timeout with momentum and continually waving his arms in the direction of the student section.

Moments after the post-game handshake concluded, who was the first Dutchmen player to dive into the stands? Not a senior but our man Corny. This guy’s Senior Day next year is going to be epic. I think he’s going to pull a Cal Ripken Jr. and run around the Arena, slapping hands. That ceremony better start six hours prior to first tip.

Anyway, where was I? Oh yes.

The Dutchmen enjoyed a huge height advantage over the Seahawks yet the two teams ended up tied with 40 rebounds. And overtime was necessary because the Dutchmen continued their paradoxical existence: A team that has enough of a killer instinct to lead the nation with 12 wins by five points or less also has a devil of a time putting teams away.

The bipolarity extends to the brand of basketball the Dutchmen are suddenly playing. The Dutchmen have given up 67 points in regulation in a season-high three straight conference games, a statistic unbecoming of a squad that leads the CAA in field goal percentage against. Is it just a hiccup, a matter of playing run-and-gun James Madison and Wilmington and running into a red-hot team in Georgia State, or a sign the Dutchmen are getting away from their stingily successful style?

The Dutchmen also remain similarly uncertain on offense. They’ve shot 40 percent or better in five straight games, tying a season high set between Nov. 16 and Dec. 6. Is this a sustainable shift or just a matter of the recent opposition (the Dutchmen have recorded four of their five best shooting games in conference against James Madison and UNC-Wilmington)?

In addition, the Jenkins-Nathaniel Lester combination seemed to be established when they ranked first and second on the Dutchmen in four straight wins following the George Mason debacle, but Lester has scored just 12 points in the last three games as Vines (twice) and Greg Washington have stepped up as the second-leading scorer.

What’s it all mean? Damned if we know. It seems odd, yet also appropriate, to be wondering about consistency 30 games and 16 weekends into the season. One thing appears certain: We’ll know what the last few games symbolized come the conclusion of the only weekend of the season that matters.

Email Jerry at defiantlydutch@yahoo.com. And join the Defiantly Dutch group at Facebook today!
Posted by Jerry Beach at 7:58 AM