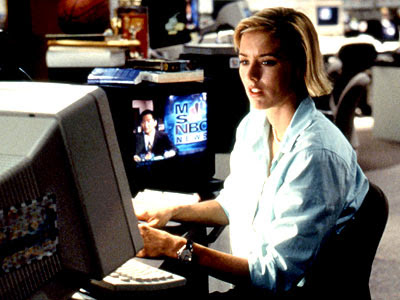 Tea Leoni is going to break the story of the giant comet on its way to destroy Earth, but not before she watches the Flying Dutchmen beat UNC-Wilmington Friday.

The Flying Dutchmen opened the season in mid-November with what looked like the deepest roster of the Tom Pecora Era. But nobody could have imagined just how correct that assumption would prove to be at the most opportune time possible.

Four Dutchmen starters played 13 minutes or less, but reserves Greg Washington, Dane Johnson, Cornelius Vines and Zygis Sestokas combined for 37 points and 29 rebounds and Charles Jenkins had another monster game as the Dutchmen never trailed in beating UNC-Wilmington, 79-66, to advance to the CAA quarterfinals today against Old Dominion.

The Dutchmen managed to record their most lopsided win of the conference season—and their most lopsided victory since a 68-52 win over St. Francis on Dec. 13—on an afternoon in which Pecora was forced to juggle his rotation before the first media timeout. Nathaniel Lester and Darren Townes each picked up two fouls in the first three minutes and played just seven and 10 minutes, respectively, while Greg Johnson (nine minutes) and Arminas Urbutis (13 minutes) were also limited.

Lester, who still managed to score 10 points, made by far his briefest appearance in his 13 games as a starter while Townes tied his low mark in minutes in the 13 starts since returning to the lineup Jan. 17. Johnson played his fewest minutes, disregarding the game against James Madison in which he hurt his shoulder, during his streak of 17 straight starts while Urbutis, who was making his 13th straight start, played his second-fewest minutes in that span.

The four starters with 13 or fewer minutes is easily the most since at least the 2004-05 season (more research today). The Dutchmen have had as many as two starters play 13 minutes or fewer only five times in that span (all since the start of last season).

Yet the work of the four reserves helped the Dutchmen produce perhaps their most complete game of the season. Washington and Dane Johnson enjoyed particularly revelatory performances off the bench. Washington recorded his third double-double of the year by scoring a career-high 14 points on 7-of-9 shooting—most of his 15-foot jumpers hit nothing but net—and tying a career high with 12 rebounds in a career-high 33 minutes

Johnson, whose indecision with the ball down low has led to an increasingly marginal role, played the type of game that no doubt had fans and his coaches alike wondering just where the hell this has been all year. All three of Johnson’s baskets were ferocious dunks and he pulled down seven rebounds in 23 minutes, his highest totals in both categories since Jan. 10.

Vines and Sestokas combined to shoot just 4-of-16 from beyond the arc, yet Life of Corny played 33 minutes, his most since he was demoted to the bench following the loss to Drexel Jan. 14, and his suffocating defense on Chad Tomko resulted in a miserable shooting night (2-for-14) for the Wilmington star. Sestokas tied a season-high with five rebounds in 33 minutes the fourth tie in the last five games he’s exceeded 30 minutes—a mark he didn’t reach at all in 44 consecutive games between last Jan. 5 and Feb. 14.

Jenkins, meanwhile, got plenty of work, in playing 40 minutes for the fifth time and scoring 27 points—on 9-of-16 shooting from the field and 8-of-8 shooting from the free throw line—to go along with nine assists and four rebounds. That Jenkins didn’t sit once in a game the Dutchmen led by at least two possessions over the last 32 minutes was the source of some concern at the CAA Zone boards.

But while the Dutchmen were never threatened after a 17-4 run gave them a 16-point lead a little more than 12 minutes into the game, they could never really put away a pesky Wilmington squad Pecora called the best 12 seed he’s ever seen. The Seahawks didn’t get within single digits over the final 16:11, yet they made six of 10 3-pointers in the second half to keep things just interesting enough that Pecora could not empty the bench.

Plus, why mess with what was just about the perfect momentum builder going into what could be the game of the tournament? The Dutchmen returned to their usual defensive tenacity (they out-rebounded Wilmington 43-30 and limited the Seahawks to just 31.6 percent shooting form the field) while shooting 52.7 percent, their second-best effort of the season. Multiple players supported Jenkins on offense and fellow sophomores Lester and Washington played like future anchors of the program.

A similar performance will be needed today in what could be the game of the tournament against a red-hot Old Dominion team that is, in many ways, a mirror image of the Dutchmen. Washington and Dane Johnson, in particular, will need to be as effective in limiting the impact of ODU’s 6-foot-10 star Gerald Lee and the experienced. And another good start is essential. It says here that the Dutchmen will be playing Sunday as long as they’re within a couple baskets by midway through the first half today.

The collective effort Friday was reminiscent of the one generated in a home victory over Towson Feb. 7, when the Dutchmen eked out a 71-68 win despite nobody getting as many as 30 minutes of playing time. That win marked the start of a four-game conference winning streak. The Dutchmen would be quite content if history began repeating itself Friday.

Email Jerry at defiantlydutch@yahoo.com. And join the Defiantly Dutch group at Facebook today!
Posted by Jerry Beach at 5:11 AM