Once, twice, three times an opponent 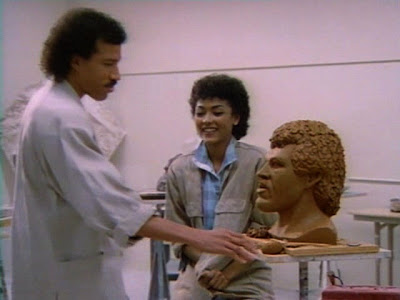 Hello? Is it an NCAA Tournament bid you're looking for?

It’s not quite the sporting version of Big Foot, NASA faking the moon landing or Mikey the Life cereal kid exploding after chasing a packet of Pop Rocks with soda (man, though, did that story ever have legs in fourth grade). But Litos was right yesterday: The belief that it’s tough to beat a team three teams in a single season is just as flawed as your favorite urban legend.

I like to think this belief has been spread—by fans and writers alike—not by laziness but by people falling prey to assumptions that prove true the old adage about what happens when you assume. Or maybe it’s because a team recording a tournament win to improve its record to 1-2 against a particular opponent is more newsworthy than the 2-0 team improving to 3-0.

Or perhaps the theory that the 2-0 team is the vulnerable one is just paranoia by the fan base of said squad. Take Flying Dutchmen fans, for example, who were crushed when two regular season wins over Old Dominion beget a loss to the Monarchs in the quarterfinals of the NIT in 2006.

Along those lines, I’m pretty sure that’s why I haven’t been able to eat, sleep or otherwise function since learning late Saturday night that the Dutchmen would play UNC-Wilmington in the first round of the CAA tournament.

College basketball and professional football are two sports so fraught with parity that it often seems as if a flip of the coin is as effective a prognostication device as spending hours evaluating the strengths, weaknesses and histories of each team. So when a team is going for its third win of the season over an opponent, it feels as if the law of averages is due to rear its ugly head.

Another reason why we might believe the 0-2 team is the one with the advantage : It happened twice last year when the third time was the charm for William & Mary and George Mason against VCU and UNC-Wilmington, respectively.

But history suggests that’s the exception, not the norm. Since the CAA first expanded prior to the 2001-02 season, teams that sweep an opponent during the regular season are 20-9 (.690) against said opponent in the tournament (see the full list below). That does not include Old Dominion’s NIT win over the Dutchmen.

I mentioned professional football because this very topic was a popular one in January in the days before the AFC Championship Game, where the Pittsburgh Steelers (whose offensive line features Hofstra grad Willie Colon, aha, it all ties together very nicely!) recorded their third win of the season over the Baltimore Ravens. With the Steelers’ victory, teams that have beaten an opponent twice in the regular season are 12-7 (.632) in the re-rematch since the AFL/NFL merger in 1969.

And how’s this for irony that’s not really irony: If you thought the Ravens were due, it’s probably because the previous two teams to sweep an opponent in the regular season lost the third game in the playoffs: The 2007 Dallas Cowboys (to the New York Giants) and the 2004 Green Bay Packers (to the Minnesota Vikings).

So chances are Litos will be right in projecting a third straight win Friday for the Dutchmen over UNC-Wilmington, which sets up what he expects to be the game of the tournament against ODU. Of course, as paranoid fans, we still bite our nails over the chance 2-0 will turn into 2-1 at the worst possible time and leave the Dutchmen traveling up I-95 while ODU plays UNCW. Pass the Metamucil.

The third time around, Part One
Here’s a list of how the Flying Dutchmen have fared when facing in a conference tournament an opponent they have either beaten twice or lost to twice in the regular season.

The third time around, Part Two
Here’s a list of how CAA teams have fared since 2001-02 when they face in the CAA tourney an opponent they have beaten twice in the regular season. (Team that swept the season series listed first)

Email Jerry at defiantlydutch@yahoo.com. And join the Defiantly Dutch group at Facebook today!
Posted by Jerry Beach at 7:15 PM