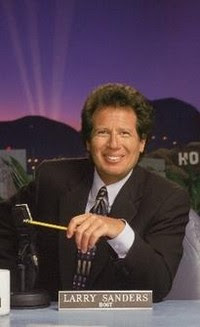 The wife and I ordered some takeout food in advance of last night’s CAA final. It was quite a fine meal: Pizza, a small dish of baked ziti, some garlic knots. Yet the best part was free and wasn’t even delivered by the restaurant: A heaping, filling, diet-busting dose of Schadenfreude. Mmmmmm.

I don’t care. VCU’s wire-to-wire 71-50 thrashing of Mason—the most lopsided CAA title game ever, by the way—was so very tasty, I must rely on a fictitious character to properly summarize my feelings (starts around the 14-second mark, but if you stick around for the whole thing, you can see the easy-on-the-eyes Sarah Chalke as well as a pivotal moment in Scrubs history).

It was just about a perfect game for VCU, right down to Anthony Grant pulling Eric Maynor and Larry Sanders with 1:49 left. Brilliant move. You never know what could happen in the waning seconds of a game in which Mason is getting smoked, after all.

This is two straight duds for Mason on the national stage. First the 18-point loss to Notre Dame in the NCAA Tournament and now this. Might be time for a new bag of tricks for Jim Larranaga. Tom Pecora has never lost a postseason game by 21 points, and the only one he lost by 18 points or more was at the end of a season in which Hofstra went 8-21. Just saying.

Anyway, never would have guessed Sanders (with a man-among-boys line of 18 points, 20 rebounds and seven blocks) would outshine Maynor. Can someone get in his ear and tell him to follow Maynor to the NBA…or at least Grant to whatever BCS school he ends up coaching next year?

Nice job, Rams, and it’ll be nice to have a team to root for next Thursday or Friday (and hopefully beyond). And now Tom O’Connor has five days to come up with a way for the Selection Committee to award Mason an at-large bid while he’s “not in the room.”

Mason’s loss wasn’t the only good thing to happen to Dutch Nation (snort) last night. The Dutchmen’s slim hopes of earning an NIT bid were boosted when Siena won the MAAC. Tonight, root for the chalk to come out on top tonight in the championship games of the Summit (North Dakota State) and Sun Belt (Western Kentucky) as well as for the top seed to escape a semifinal game in the Big Sky (Weber State).

And maybe you should root for Cleveland State against Butler in the Horizon final. Butler, a top 20 team, should be headed for the NCAA regardless of how it fares, but Cleveland State moving up to the NCAA opens up an NIT spot…that will probably be filled by a Big Six school anyway.

All this being said, I think the NIT is a real long shot. The RPI (106, according to Jerry Palm as of Monday morning—down seven spots from last week) just isn’t high enough and there’s too many 20-win teams outside the Big Six conferences (26, as of this morning) and too many BS schools (hey, I like that) with less than 20 wins all fighting for too few spots.

The Dutchmen have the strongest NIT case of any area school (barring a run by Seton Hall in the Big East tournament), so I’m tempted to harbor some hope that the NIT will still want New York representation, despite its proclamations that the NCAA-run tournament will not allow regional bias to slip into the selection process (yeah, because the NCAA Tournament is such a paragon of freaking virtue). But how much media buzz can a team create when it’s not even covered on the road by its hometown newspaper? Nor are the Dutchmen likely to run off three straight wins on the road to get to Madison Square Garden for the Final Four.

In addition, the guy behind the awesome site NITology.com only has the Dutchmen listed among 32 bubble teams, which, you know, is not real encouraging given his pretty impressive track record picking the NIT. The good news is the Dutchmen were one of his three misses in ’07, so keep your fingers crossed…and keep rooting for the chalk. Or the Chalke, if you prefer.

Email Jerry at defiantlydutch@yahoo.com. And join the Defiantly Dutch group at Facebook today!
Posted by Jerry Beach at 5:48 AM