Old Dominion 52, Hofstra 51 (Or: They took the last bus…out of Richmond) 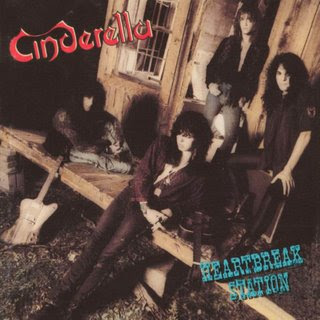 Who knew Cinderella wrote so many songs about actual basketball Cinderellas?

There’s no need to spend today scouring the Internet for cheap flights Monday to Richmond. No need to come up with a story how the Virginia flu wiped you out Monday and Tuesday and left you so exhausted you couldn’t even get out of bed, never mind come to work and God are you kidding, you might have it too because there’s no way you saw me on camera on ESPN.

There’s no need to come up with another excuse to miss work next Thursday or Friday. No need to spend the next 10 days coming up with ways to justify spending several hundred dollars you probably can’t afford to spend in order to see the Flying Dutchmen in the NCAA Tournament at some far-flung location and buy the accompanying T-shirts (I did that in 2001. Just paid off those credit card bills. Good times!).

There’s no need for any of it, because the mighty Chucky had his shot blocked.

Jonathan Adams got a piece of Charles Jenkins’ shot just before the buzzer expired as Old Dominion escaped with a 52-51 win in the CAA quarterfinals in Richmond. The Monarchs advance to face top-seeded VCU today in a semifinal game at 3 p.m. while the Dutchmen are left to nurse the wounds from the type of agonizing defeat a Hofstra team last suffered when Jenkins was two years old, Tom Pecora was coaching SUNY-Farmingdale and I was listening to the album pictured above.

That would be 1991, when the Dutchmen fell to Maryland-Baltimore County, 68-67, in the East Coast Conference tournament. Such gut-wrenching defeats were commonplace in the pre-Defiantly Dutch era: Eight of the Dutchmen’s 12 losses in a conference tournament between 1981 and 1992 were by five points or less and only one was by more than eight points.

Since 1995, only one of the Dutchmen’s 18 conference tournament or NCAA/NIT losses has been by less than nine points. And the 64-61 loss to George Mason in the 2007 CAA tournament was not nearly as close or suspenseful as the final score indicated.

But now we know how the Dutchmen fans of the Reagan/Bush era felt every March, and are left to wonder what if about both the micro and macro. What if Dane Johnson finishes off that dunk late in the second half? What if Keyon Carter is called for hacking the ever holy hell out of him on the dunk attempt?

What if the Dutchmen don’t get nostalgic at the free throw line and what if Johnson and Nathaniel Lester hit a free throw apiece instead of missing both attempts following shooting fouls? What if Jenkins doesn’t miss the first of the two technical free throws he took in the first half? What if they score just one more basket at some point in the second half?

And what if Drexel wins one of the four games it lost by a single point? Then the Dutchmen get the six seed and maybe they’re playing George Mason this afternoon.

Or maybe they’d have been home by mid-afternoon yesterday, because 11th-seeded Towson—a team the Dutchmen swept this season and a school that hasn’t had a winning season since Hofstra College consisted of a single building—is somehow in the semifinals. Such bewildering randomness leaves us shaking our fists at the sky and bemoaning the mighty and heartless fates.
A season of watching bipolar basketball has left us feeling pretty schizophrenic ourselves. Should I drink all the liquor in the house (all we have is some wine; that’s not very aggressive) and kick the dog (which would severely strain neighborly relations, since the only dog in the house belongs to the folks living downstairs)?

Or should I realize this was a season in which the Dutchmen exceeded all expectations and a season that may not be over yet? There’s a pretty good chance the Dutchmen will play at least one more game—most likely in the fledgling CollegeInsider.com Tournament (presuming, of course, the crashing economy hasn’t crushed it), less likely in the NIT (root like hell for the top seeds in mid-majors to win their tournaments, except VCU—I’d be shocked if the NIT awarded three at-large bids to the CAA), even less likely in the CBI (where it costs a team $60,000 to host a game…uhh, no).

And should we find some beauty in the Dutchmen participating in another game that lived up to the hype, one that will probably stand the test of time as the best game of the tournament and one that serves as an appropriate symbol of the Dutchmen’s unpredictability? Should we look at this logically and understand that it’s tough for the Dutchmen to win when they shoot 34.6 percent, score three points on 1-of-12 shooting in the first 10 minutes of the second half to fall behind by 10 points? Should we remind ourselves that Gerald Lee was such a monster (30 points, 10 rebounds) and that no matter what Hofstra did, he may have done whatever he had to do to make sure his team ended up with one more point?

We should know that the heartache of Saturday will benefit Jenkins and fellow sophomores Lester and Greg Washington, the latter two of whom symbolically took the baton Saturday and ranked 2-3 on the Dutchmen (behind Jenkins, of course) in minutes played.

But…but they were so close. A 20-2 run turned a 9-2 deficit into a 22-11 lead that had Blaine Taylor earning himself a technical and the Monarchs on the verge of a standing eight count. Then, after Old Dominion outscored the Dutchmen 31-10 over a 17-minute span, the Dutchmen stormed back to take a 47-46 lead on Jenkins’ 3-pointer with 2:06 left.

And if we think we feel bad, well, we didn’t have to pack up and head back to Hempstead within two hours of the final buzzer. The narrowest of margins separated the Dutchmen from a semifinal date against VCU and a quiet ride home up I-95.

The sudden finality of the Dutchmen’s season reminds me of a great quote from Terry Francona about the end of the baseball season. “You kind of laugh when you hear people say it winds down,” Francona said following the 2005 season. “It doesn’t. It comes to a crashing halt. You go 100 miles per hour, then it’s over.”

We can all hope that next year will finally be next year. But next year never feels as far away as it does in the moments after this year ends.

Email Jerry at defiantlydutch@yahoo.com. And join the Defiantly Dutch group at Facebook today!
Posted by Jerry Beach at 5:13 PM

Some great stuff here and I like your analysis of the game. I still hope we can make it to one of the postseason tournaments and wash away the bitter taste left by this game.