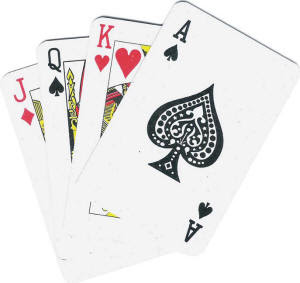 Tom Pecora will be prepared if the Dutchmen go four (to the) straight.

If he’s sick of seeing my mug, he’s doing a fine job of hiding it. Tom Pecora once again took some time to chat following practice Tuesday, when he looked back at the regular season and ahead to the CAA Tournament this weekend in Richmond.

And hey, it’s March, you don’t need some wordy intro about what he said. You just want the goods. So here you go. Make sure to stop by for much more tournament content tomorrow.

It’s exciting, it’s a great time of year. I wasn’t thrilled with our performance Saturday, but we were able to get our 20th win. Four out of five years we’ve had 20 wins, so that’s a goal we always shoot for. So that’s something to enjoy for a day and then you start thinking about your next game and preparing for your next game. It’s an exciting time, a great challenge to go down there and play, but we’ll go down and take care of business. We’ve got a good bunch of guys. I enjoy spending time with the team on the road, they’re great kids. So that makes it easier, too.

Hopefully we can stay there for a while. I’m packing four suits.

You haven’t been thrilled with the defensive performance the last few games. How much of that is running into a team that couldn’t miss in Georgia State and a couple of high-scoring teams in James Madison and UNC-Wilmington?

To a degree. But I also think it’s commitment on our part. I talked to them after the Madison game—I think we got seduced by the idea of running up and down the floor and outscoring people. And that’s not who we are. We talked about that today: We’re about defending and rebounding. Blue-collar, tough team. And if we don’t get back to playing that, we’re not going to win this tournament. The only way we have a chance of winning this tournament is playing what we call Hofstra basketball, and that’s built on tough man-to-man defense, relentless rebounding and just having that one or two spurts in the course of a game that helps you win. It’s about wearing people down with your intense, physical defense. And hopefully we can get back to that this week. We’re going to work on that the next few days.

You said on the CAA coaches' conference call Monday that you’re still waiting for this team to play a game where everything clicks. What game, do you think, was the closest to the “A” game?

Defensively, Old Dominion. I thought ODU, we played with great defensive intensity. And offensively, that might have been the game too. At home, we really played well against Old Dominion. Earlier in the year, I thought the win at Towson was great for us offensively because we had good balance and we attacked various defenses.

Why do you think a team that is so good at winning close games [the Dutchmen are 12-2 in games decided by five or fewer points] has a hard time closing games such as the ones against James Madison and UNC-Wilmington, when you had healthy leads for most of the second half yet needed overtime to win?

I think some of it is immaturity. Very often, late in those games, you see we still have three sophomores on the floor. And I think that there’s times where our immaturity shows. We’re up eight, we’re up 10 and we think the game’s over. When you’re a mature team, you say ‘We’re up eight, we’re up 10, now we’ve got to put this way’ and you realize the next run is the one that puts them away. It’s like in a boxing match, getting a guy in a corner, working him over, but you take two steps back, Well, why would you do that? Let’s put him away. The smelling of the blood and pounding on that opportunity—I think veteran teams do that. And the majority of our scorers are not veterans, they’re underclassmen.

Why do you think Nathaniel Lester has struggled the last few games?

I don’t know. And I’ve been on him hard, He’s a sophomore, so there’s no more of that freshman wall or any of that [expletive]. You know what it is? It’s him getting his head out of his ass and coming to games prepared to play.

How about Ziggy Sestokas and Darren Townes? Why have they emerged as such key contributors after spending much of the season out of the rotation?

The light’s gone on for them and they realize their careers are almost over. Like I said earlier: We’ve had that on the board, we’ve had the countdown how many practices you have left, how many games you have left in your career. And at some point, you’ve got to say ‘Holy moley, I’ve got to play balls out every possession.’

What’s your take on Charles Jenkins’ performance this season? He had a great start, a rough middle and a pretty good end…

And that’s how our season’s been. He was a mirror image of us, because that’s how important he is to us. There’s been nights where Nathaniel or Corny or Ziggy have picked up the slack a little bit, but for the most part, as Charles goes, we go. It’s not as extreme as it was last year with Antoine, you know what I mean? And I didn’t want it to be that way. That’s why we didn’t win last year. We were too predictable and we were too easy to shut down, because there was no other options. But the other guys around this year [provide] a great balance. [It’s] what’s enabled us to make a jump from 12 to 20 wins.

He’s a pleasure to coach, he’s just like Carlos and Loren and all those guys. It’s great to watch him grow up and at the same time stay humble and become more and more of a leader. There’s a lot on his plate, as a sophomore especially.

Why do you think this team is prone to the slow starts that have led to a handful of lopsided losses?

Especially on the road. In the beginning it happened to us—at UMass might have been the first time—and once again they were just making shots. I thinks sometimes after it happens once, it’s like taking a beating when you were a kid: After it happens you kind of learn from it. What really concerns me is that it could have happened like it did at Georgia State the other night. I think one of the things is when you hang your hat on defense and a team comes out and they’re just unconscious—and in some cases making shots with you draped on them—you’re like wow, you know, what is going on here? It’s like a team that’s always used to making jumpers and all of a sudden you can’t make one. Well, when you can’t get stops, I guess it kind of takes their spirits away. And that can’t be the way it is. It’s got to fire you up even more, you know what I mean? And I think some of that’s maturity on the road. Life on the road is tough.

One thing that has impressed me is their resiliency. We’ve always come back. We’ve never lost more than two games in a row this season.

Aside from Charles, who else has to have a big weekend for you guys to go far this weekend?

We’ve got to get some play in our frontcourt. I mean, it’s time. We’re going to need to play by committee, but our seniors in the frontcourt—we’ve got four seniors and those guys have got to have big weekends if we’re going to make a run at this championship.

How about Miklos Szabo and Greg Johnson? Will they be limited at all?

We’re going to press them and push them as much as we can right now. It’s like all hands on deck, you know? It’s like that playoff game in baseball where there’s no bullpen. Everybody’s coming out of the bullpen today [grins].

History suggests it’s going to be tough for you guys to win the championship: No team has ever won the CAA by winning four games in four days and last year was the first time since you’ve been here that a team outside the top two seeds won your conference tournament.

The other thing, too, is the northern teams have never won the conference. Drexel might have played in it [in 2003] once early on. So us and Drexel are the only two teams that ever played in the final game. For those Virginia teams, it’s a great home court advantage. They bring a lot of fans and that’s kind of the way it’s gone. The year we were playing in the championship, Stokes was playing with one of his nuts the size of a grapefruit. I don’t know if you can write that, but it’s true. The one chance we had to [expletive] win the thing. And he had 21 [points]. Well, you know what? He could have had 35.

Given how wild the CAA has been this season, is it easier to convince the guys that this can be the year that someone can win four in four days?

Hey, someone is going to do it eventually. Why not it be us this year? And I truly believe we have the depth to be able to do it, if we can get everybody on the right page.

Email Jerry at defiantlydutch@yahoo.com. And join the Defiantly Dutch group at Facebook today!
Posted by Jerry Beach at 2:37 PM