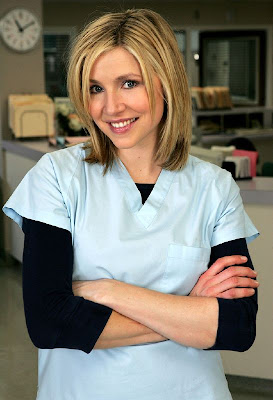 Another day, another boost for the Flying Dutchmen’s postseason hopes. The Chalke was 3-for-3 as Robert Morris eked out a 48-46 win over Mount St. Mary’s in the Northeast Conference title game and top seeds Morgan State (MEAC) and Alabama State (SWAC) easily won quarterfinal games. The Robert Morris victory was the third time since Sunday a regular season champ has won its championship game in the waning seconds and at least the fifth nail-biting win overall for a no. 1 seed.

There are no conference title games tonight (the calm before the flurry of title games Friday and Saturday), but top seeds in the MAC (Bowling Green—my bad for mistakenly writing Bowling Green was in action Wednesday), Southland (Stephen F. Austin) and WAC (Utah State) play quarterfinal games.

Perhaps even more importantly, the Dutchmen’s status as the metropolitan area team most deserving of a postseason bid was solidified Wednesday at Madison Square Garden, where St. John’s fell to Marquette in embarrassing fashion and Seton Hall lost to Syracuse in a pair of Big East quarterfinals.

A halfway-decent performance by the Red Storm in the Big East Tournament might have earned them a look as a host team in the CBI or CIT, but 10 points in one half? Geez. Even the Dutchmen scored more than that during their can’t-shoot-straight phase.

But the Pirates finished 11th in the Big East with a 7-11 league mark and Cincinnati, Notre Dame and Georgetown are all ahead of Seton Hall in the RPI and, presumably, in the race for NIT spots. Will the NIT want to follow in the footsteps of the NCAA and award one-eighth of its bids to Big East schools? And does an 11th-place finisher—even in the big bad Big East—deserve a spot in the NIT over the Dutchmen, who won 21 games and finished fifth in the CAA with an 11-7 mark?

You know my answer to that last one. That said, my guess is it’s a moot point and neither team is going to the NIT.

But a Hofstra-Hall (not at Hofstra Hall, unfortunately) game might appeal to the CBI. The Pirates drew an average of 5,782 fans to seven non-conference games, which is less than half the capacity of that new arena in Newark (hey, if the sponsor wants me to mention its name, it can cut me a check). But the exorbitant ticket prices at said arena—a quick Internet search didn’t reveal the ticket prices for 2008-09, but according to the Seton Hall website, season ticket holders got a great bargain at an average price of $28 per ticket—all but guarantee that the Hall would make back the $60,000 hosting fee.

It’s worth noting Seton Hall turned down a bid to the CBI last year, when it also finished 17-15. But that was when Bobby Gonzalez was butting heads with his bosses. He’s doing a better impersonation of a sane human being this time around.

A Hofstra-Hall game would not only determine the best team in the metro area this year but also its best player: Charles Jenkins and Jeremy Hazell (check out his stats here) are the two leading candidates for the Haggerty Award. And it would pit the school that wanted Tom Pecora against the school that kept him. Hmmm. Juicy, yes? OK maybe not, but it might be the best we can do, damnit.

Email Jerry at defiantlydutch@yahoo.com. And join the Defiantly Dutch group at Facebook today!
Posted by Jerry Beach at 4:22 AM

Of all of the times Sarah has been in her undies on that show you put up a picture of her in her scrubs? Come on, JD and Chocolate Bear would be so disappointed in you!!!