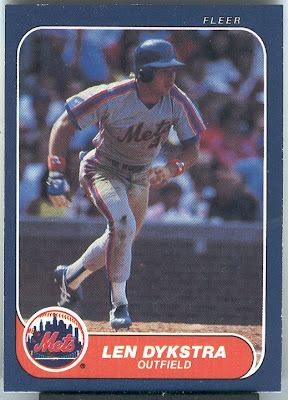 Dude, I totally think the Flying Dutchmen can win four games in four days. (This one's for the wife)

Every coach who is directing a team today in Richmond is telling his players they can be the ones to beat the odds and play—or even win—on Monday. But nobody knows of what he speaks quite like William & Mary’s Tony Shaver.

The Tribe last season became the second team in as many years to reach the championship game by winning three games in three days. Ironically, in that it’s not ironic at all, William & Mary’s run came to an end at the hands of George Mason, which emerged from Friday’s first round to play in the 2007 title contest.

Mason has a bye this year as the second seed, but the Tribe—who were seeded fifth a year ago and reached the final by winning three games by a combined six points—is seeded 10th and hoping history will repeat itself. “I think the league is that balanced and there’s no question that somebody from the bottom half of this league can make a great run at a championship,” Shaver said during the CAA coaches’ conference call Monday.

Of course, those of us with a particular rooting interest look at the Flying Dutchmen’s seeding and harbor hopes that the Dutchmen can not only repeat history but make it, as well. To listen to Tom Pecora this week is to wonder if he snuck back to Hofstra during the debate preparations in October and hung out with Barack Obama.

“Hey, someone is going to do it eventually,” Pecora said. “Why not it be us this year?”

It’s commonly believed that the biggest hurdle to a championship for a team playing today is overcoming the fatigue of playing the four games in four days. But Pecora and Shaver believe the momentum and adrenaline of winning the first three games—not to mention the inherent resiliency of youth—will counteract any exhaustion.

“We recruited these kids and we’ve seen them playing AAU tournaments and four or five games in one day,” Pecora said Monday. “Granted, the intensity, the physicality isn’t what our games are. But I get a kick out of it when they say they’re tired at the end of a three-hour practice. You’re 20 years old, you’re not allowed to be tired.”

The fatigue effect from playing a fourth game in four days appears negligible. Mason almost couldn’t help but shoot worse in the 2007 finale against VCU (47.1%) than it did in during a brilliant semifinal win over Old Dominion (58.3%). The Patriots set their tournament high in turnovers—in fact, their turnovers from Friday through Monday went 8-9-11-16—and pulled down their 27 rebounds, their fewest of the tournament, but they still led VCU by five points with two minutes left before Eric Maynor took over.

William & Mary had its worst shooting game of the tournament (38%) in last year’s finale, when it took its most shots from the field (50) and from 3-point land (29). The Tribe were outscored 41-33 in the second half after trailing just 27-26 at intermission.

“Last year there were people who said our guys looked a little more sluggish than they did previously, maybe not as quick,” Shaver said. “I really didn’t feel that way. Doggone it, you get to a championship game in a conference tournament that’s got a chance to put you in the NCAA. There’s a lot of things that propel you through that entire 40 minutes of basketball and the adrenaline kicks in.”

The key for a potential Cinderella is to play better over four days than it did over the previous two months. “You are what your record says you are,” Pecora said Monday. “And we had some losses this year that ended up biting us in the tail when it came time to try to get that four seed.”

Mason’s shooting percentage (both overall and from 3-point land) during the 2007 tournament was better than its overall numbers and the Patriots bettered their season averages in both turnovers and rebounding advantage. Last year, William & Mary shot better and saw a minimal decrease in its free throw shooting but greatly reduced its turnovers-per-game while narrowing the rebounding gap. (All stats are below)

From the clip and save department (well, you can’t do that here, so just, err, bookmark and save): The Dutchmen enter the tournament shooting 39.1% overall, 31.3% from 3-point land and 69.7% from the line. They’ve averaged 15.4 turnovers per game and outrebounded opponents 41-35.3.

The biggest task for the Dutchmen and the seven other teams playing today? Overcoming the general parity of the CAA to win four games in four days. Such a feat is tough to accomplish in any conference, but particularly in the first weekend of March in a league defined by its wild unpredictability.

“I don’t think being tired is as big of an issue as having to beat four teams [over] four straight days,” Shaver said.

“Each of [the] brackets contains a team that has beaten us,” said Bill Coen, the coach of third-seeded Northeastern. “So it’s really just the advantage of the extra day. But everybody is as capable [of winning], as evidenced by the day when we lost to William & Mary and VCU lost to Wilmington. It’s just going to be that wide open.”

Email Jerry at defiantlydutch@yahoo.com. And join the Defiantly Dutch group at Facebook today!
Posted by Jerry Beach at 8:10 AM