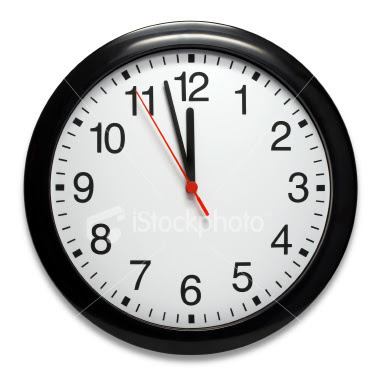 The clock is ticking...

Cliches exist for weekends like this. There really is no tomorrow. It’s all on the line. Win or go home. The cream rises to the top. Four months of basketball come down to four games. Et cetera, et cetera.

There’s no more rationalizing a defeat with “they’re just a little flawed, it’s still good, it’s still good.” The season is officially a tightrope and one more defeat (at least if it occurs before Monday) likely sends the Flying Dutchmen into the abyss of the off-season (or, perhaps, the CBI or CIT…which, you know, may be abysses of their own).

It’s the cruelest—remember last year, when the Dutchmen were the first team to tip off and the first one to go home?—yet potentially most rewarding weekend of the season, and the mere math suggests the odds are the ride home to Hempstead will be a long one. But everyone’s facing the same 1-in-12 shot, so why can’t the Dutchmen be the 1?

Sure, it’s a lot to expect four wins in four days, but this is the season in which all hell will break loose in a tournament that typically goes according to chalk. I refuse to believe everything will unfold in fairly predictable fashion after a crazy regular season.

It’s largely a matter of apples and oranges, but I think back a couple months and how an unpredictable NFL regular season beget a playoffs in which both top seeds were wiped out in the conference semifinals and an afterthought no. 5 seed fell to a perennial contender in a thrilling Super Bowl. (Hmm…in that case, I guess the Dutchmen would fall to Mason in the championship. Aaaaaargh!)

So how do the Dutchmen end up the Arizona Cardinals, plus one? They need Greg Johnson—who isn’t Carlos Rivera and isn’t a 40-minute-a-game point guard—to mimic Rivera’s nearly perfect play in the 2006 CAA Tournament. Tom Pecora is right to presume the Dutchmen will need big performances from their big men, but a combined 20 productive minutes a game out of the inconsistent Dane Johnson and the still-healing Miklos Szabo is essential to any title hopes.

Nathaniel Lester needs to rediscover his form and confidence of early-to-mid February, when he was a consistent double-double threat and the wingman to Charles Jenkins. Speaking of Jenkins, he doesn’t have to shoot 50 percent four straight games for the Dutchmen to win, but he does have to remain productive in other facets of the game even if he’s struggling from the field. Like he did against Fairfield, when he was 4-of-17 from the field but had nine assists and three steals.

Cornelius Vines and/or Zygis Sestokas need to be hot all weekend, because it’s going to be very tough to win a game in which neither one of them is draining multiple 3-pointers. Tony Dennison needs to have a game in which he scores more points than he did all of February. Considering he scored three points in February, I figure that’ll happen.

I like the Dutchmen’s chances because they’re fundamentally sound, extremely well-tested in close games and deeper than any other team in the field. Also, Mike Francesa said in December he didn’t think they could do it.

But what the hell. Optimism this weekend is a lot like a gift card to a store that’s getting ready to close (I know, I know: What a concept). There’s no saving it, so spend it all now. Plus, it’s the 15th anniversary of the fifth-seeded Dutchmen storming to the ECC championship.

It’s serendipity, baby. And if it’s not, well, hopefully they make it interesting along the way.

It doesn’t look like we’ll be in Richmond, but we’ll have posts as long as the Dutchmen are playing, so please keep stopping by. Enjoy the ride, however long it is.

Blog-biased predictions that will probably be wrong:

FIRST ROUND
No. 8 Georgia State over no. 9 Delaware: Maybe it’s just the fresh memories of Georgia State’s thrashing of the Dutchmen, but I have a hard time seeing the Panthers lose to Delaware, which is 5-11 overall—and 0-9 in conference—away from the Bob.

No. 5 Hofstra over no. 12 UNC-Wilmington: Historical trends aside, this one still scares me, and I don’t expect the Dutchmen will enjoy their first blowout of the conference season now. But they’ll expose the Seawolves just enough down low to advance to the quarters.

No. 10 William & Mary over no. 7 James Madison: For precisely the reasons Litos described…plus the whole tree-falling-on-the-JMU-parking-spot thing. Sometimes you just can’t ignore the signs, you know.

No. 6 Drexel over no. 11 Towson: Biggest blowout of the first round. Pat Kennedy’s last game?

QUARTERFINALS
No. 1 VCU over no. 8 Georgia State: For a few days last week I was thinking Georgia State would pull off a shocking upset here. That 28-point loss Saturday put a kibosh to that, but the Panthers will still make the Rams sweat here before VCU pulls away late.

No. 5 Hofstra over no. 4 Old Dominion: Game of the tournament. Whomever wins here makes the final. ODU is clicking better than anybody else and it won’t surprise me at all if they escape with the victory, but my minor blog bias foresees Charles Jenkins taking this game over late and declaring to all of Virginia his arrival as a CAA superstar.

No. 6 Drexel over no. 3 Northeastern: I know I was all over the Northeastern bandwagon a few weeks ago, but Drexel’s season-ending skid seems more a matter of bad luck and more reversible than that of the Huskies.

SEMIFINALS
Hofstra over VCU: Oh sure, the tiebreaker here is blog bias, but the Dutchmen gave the Rams all they could handle twice this year and have the big men to give VCU fits if Larry Sanders gets into foul trouble (which, with an average of 3.7 fouls per game this year, he will).

Drexel over George Mason: In a season in which nothing goes according to plan, a team finishing the regular season in a 1-4 slump and then making the conference title games makes perfect sense. The Dragons, who were a couple decent breaks away from being 14-4, get revenge for the first of their four conference losses by a single point in a strength vs. strength matchup. I just foresee Mason’s free throw difficulties catching up to it at some point this weekend. Why not here?

Newsday previews the tournament here. So does the Daily News. And the New York Post. And the New York Times. Everyone’s climbing aboard! Alas only the Times is down there, and birdies tell me the Dutchmen will need to win at least two games before the other papers even think of sending anyone down to Virginia. Yeah, God forbid the bean counters at Long Island’s newspaper cover a Long Island college in its conference tournament.

Once again: For the best coverage of the tournament, click early and often on Litos. He's going to kick all sorts of ass.

I wish I was still a college student. A hundred bucks for tickets, transportation to Richmond and lodging—and people are complaining? I like to criticize Hofstra’s bottom-line ways as much as anyone, but people, geez, you’ll never enjoy a deal like this again, especially in the Great Depression II: Electric Bankruptaroo. Hope you went if you had the chance.

If you’re like me, you’re just hoping the CAA webcast is worth the five bucks. See you there in a few hours. I’ll be the guy yelling about Darius Burton.

Email Jerry at defiantlydutch@yahoo.com. And join the Defiantly Dutch group at Facebook today!