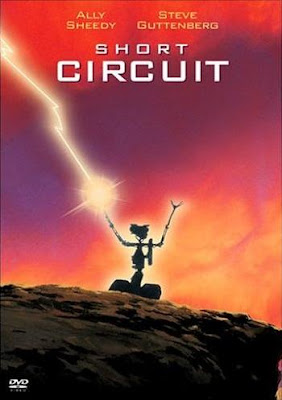 Every year around this time, I get to thinking how the conference tournaments the Flying Dutchmen have participated in during the Defiantly Dutch era always seem to unfold pretty much according to plan (or, more accurately, the seeding). I don’t recall many giant upsets or tournaments in which all hell breaks loose, but I wanted confirmation of said hunch.

And every year around this time, I’m briefly disappointed that there’s never a story in one of the local papers about whether or not the NAC/America East/CAA tournaments have unfolded in predictable fashion. Then I realize that the list of people who obsess over this stuff would take up, at most, one side of a wide-ruled piece of notebook paper, so I get over it pretty quickly.

But then Stuff Happened that inspired the idea for this blog, and I thought to myself that if I ever actually started it, one thing I’d definitely do is research just how the tournaments have shaken out since 1994.

So this is the post I’ve been waiting to write for a year and the question I’ve wanted to answer for considerably longer (I bet you’re excited, aren’t you?): Have the higher seeds really been more successful or has unpredictability been an early March staple?

The good news is I was right. The bad news for the fifth-seeded Flying Dutchmen is…I was right. Pretty perfect for a bipolar season, yes?

The wild last two CAA tournaments, in which a team that played on Friday lost the championship game Monday (sixth-seeded George Mason in 2007 and fifth-seeded William & Mary in 2008), are the aberration, not the norm. Mason’s appearance ended a streak of 12 consecutive seasons—dating all the way back to the Dutchmen’s first season in the NAC—in which the championship game of Hofstra’s conference pitted a pair of top three seeds.

In addition, Mason’s title last year ended a streak of 13 straight years in which the top seed in Hofstra’s conference won the tournament and the automatic NCAA Tournament bid.

These trends existed long before Hofstra joined the respective conferences (and, in the case of the America East, well after Hofstra left it). A team seeded outside the top two won the CAA just four times in the league’s first 19 years (fourth-seeded UNC-Wilmington in 2000, third-seeded Richmond in 1998, seventh-seeded East Carolina in 1993 and fourth-seeded Old Dominion in 1992).

And remarkably, a team seeded first or second has won the America East/NAC in 25 of the last 26 years. The lone exception: Third-seeded Delaware in 1993. So the odds are pretty good that Binghamton or Vermont will win the America East title in 11 days.

While history has not been kind to Cinderella in the CAA and America East/NAC, it does suggest that the five seed will win at least one game in the tournament. The fifth seed in Hofstra’s conference has earned at least one tournament win in 11 of the last 14 seasons and is 14-14 in that span. Since the CAA first expanded prior to the 2001-02 season, every five seed has won at least one game except—doh!—the Dutchmen in 2004.

Of course, the flip side is one win has usually been the ceiling for the five seed. The five seed never got beyond the semifinals in Hofstra’s seven years in the America East/NAC. And the five seed was 0-4 in the CAA semifinals since 2002 before William & Mary finally broke through last year.

Of course, this stuff is fun to chew on and examine in trying to evaluate the long road ahead of the Dutchmen—but in the end also completely irrelevant to their fortunes this weekend.

Tom Pecora’s not going to read this, throw his hands in the air and cancel the bus to Richmond just because a five seed has never emerged as the CAA champ and because a CAA team has never won four tournament games in four days (more on the challenges of that later in the week). Someone’s got to be the first five seed and the first Friday team to win it all, and the last two tournaments as well as the 2009-09 regular season suggest crazy is the new normal in the CAA.

And it would be appropriate if these Dutchmen ended up the last team standing in the CAA. The last five seed to win Hofstra’s conference was the 1994 Flying Dutchmen, who went 6-20 in the regular season but pulled off three shocking wins in as many days to win the final East Coast Conference crown.

These Dutchmen tip off at 2:30 p.m. Friday, the 15th anniversary—almost to the minute—of the championship game victory over Northeastern Illinois. And sometime within the subsequent 96 hours, we’ll know if that was just a cool but ultimately useless coincidence, or sweet serendipity.

Email Jerry at defiantlydutch@yahoo.com. And join the Defiantly Dutch group at Facebook today!
Posted by Jerry Beach at 3:45 PM