To the extreme I rock this blog like a vandal 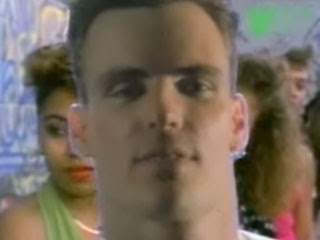 If you were in high school in 1990, you are singing the song right now. You know it. And you also owned the tape or CD at some point. Admit it. I am.
A friend of mine in Boston, Chris Price, writes a cool column about the New England Patriots every Monday titled “Ten Things We Learned Yesterday.” I’m going to pull a Vanilla Ice here and borrow liberally from Chris (his column goes “ding ding ding dingy ding-ding, mine goes “ding ding ding ding dingy ding-ding”—special thanks to Loyal Reader Jill for still knowing this off the top of her head and sending me this link for confirmation) with “Three Things We Learned Saturday,” when the Flying Dutchmen outlasted Bucknell 45-31 (recap is from the Bucknell-area newspaper).

1.) Hofstra can score at will against I-AA opponents with less than the maximum 63 scholarships.

2.) Hofstra is considerably less successful scoring, at all, against opponents with 63 or more scholarships.

Therefore, 1+2+3 = Saturday may be as good as it gets for Hofstra the rest of the year.

(BTW, since I’ve already sunk lower than I ever thought possible with the Vanilla Ice recollections, I may as well say hearing “Ice Ice Baby” always reminds me of Columbus Day weekend and my senior year of high school, because I remember going to the local dance club Sunday night and hearing “Ice Ice Baby”—which was more popular than you can possibly imagine before we all learned what a fraud Vanilla Ice was—seemingly played every 15 minutes. “Ice Ice Baby” was also the senior song for the class of ’91 at Torrington High School. Oh look at that, I’ve sunk lower. Let’s move on.)

Not that I’m trying to be negative here. If this is going to be a rebuilding season—and it was shaping up that way even before starting quarterback Bryan Savage suffered a season-ending back injury prior to the UConn game and starting running back Larry Gaskins left school after it—then a game like the one Hofstra enjoyed Saturday, when it scored the most points in the Dave Cohen era, is vital for confidence in the short-term and success in the long-term.

It further provides a foundation for the 19 underclassmen who started against Bucknell, including the 1-2 punch of Brock Jackolski (170 yards and three touchdowns on nine carries, 18 yards on three catches and 107 yards on three kickoff returns) and Cory Christopher (148 yards passing and one touchdown, 54 yards rushing and two touchdowns).

But the last time the Flying Dutchmen set a Cohen-era record for most points in a game (43 against Stony Brook Sept. 26), they set the program’s record for biggest whuppin’ ever a mere six days later in a 56-0 loss to James Madison. So what can we expect next week after this latest record-setting outburst?

Probably not a 63-0 loss to Maine, but Hofstra’s challenges will likely go beyond merely getting to middle-of-nowhere Orono. (I say that to see if my two friends in Maine are really reading the blog, muahaha) The Black Bears aren’t nearly as formidable a foe as top-ranked James Madison, but they were impressive in using a 17-point fourth quarter to stun no. 24 Delaware, 27-10, in front of a crowd that included Delaware grad and vice presidential candidate Joe Biden (Hey Joe, does the Hofstra Arena look familiar? It should. Here are reminders here and here. Yes, I am now trash-talking a potential vice president.). Especially since the game is in Maine—not Hempstead, as Newsday thinks.

The Flying Dutchmen are explosive against lower-tier opponents but minimalistic against those stocked with scholarships. Hofstra scored 42 points against UConn, Albany (which, as you know, has one scholarship), Rhode Island and James Madison. That’s less than half as many points, in twice as many games, as they’ve scored against Stony Brook and Bucknell. And the inexperience on both sides of the ball is surely more apparent against better competition.

Don’t get used to the Gardi-type offensive outburst and winning margin the Flying Dutchmen enjoyed against Stony Brook and Bucknell. But maybe those experiences lead to another Gardi-type run at the playoffs next year.

A few other Hofstra- and CAA-related bits and bytes:

—How come nobody told me admission to the Bucknell game was free? And forget about Hofstra being inspired to do the same: Attendance Saturday was 2,444, well less than half of the average attendance thus far this season at Shuart Stadium (5,639).

—Amazingly, Stony Brook is STILL on pace to score negative points this weekend. Check out my buddy Chris Lang’s coverage of Liberty’s shutout of the Seawolves.

—Anyone see the last-second, tie-breaking 69-yard punt return for a touchdown by James Madison’s Scotty McGee top SportsCenter’s plays of the day Saturday? (Bonus: The Hofstra-Bucknell score appears along the bottom of the screen late in the clip) McGee’s dramatic score capped a 10-point comeback in the final 3:21 as the Dukes edged no. 5 Richmond 38-31.

—I added to and re-organized the links on the right hand side of the page. As always, please patronize my friends by clicking on their websites and blogs. But please don’t patronize them like bunny rabbits.

—Here's an extra reminder to make sure you check out and bookmark The Blog Formerly Known As CAA: Life as a Mid Major. Michael Litos, whose work at CAA:LAMM set a sky-high standard for the rest of us and whose uncanny good timing is the envy of authors everywhere, relaunched and renamed the blog over the weekend. Thanks to Mike for the kind email and for including DD among his links. Very cool.

—And really, we should bring today’s blog full circle: His credibility long destroyed, Vanilla Ice destroys the master copy of “Ice Ice Baby”—as well as much of the MTV studio—in this awesomely hilarious 1999 clip. Check out the eclectic mix of commentators on the set, including CAA grad Jon Stewart and Chris “Why did only Will Ferrell recover from A Night At The Roxbury?” Kattan.

Email Jerry at defiantlydutch@yahoo.com.
Posted by Jerry Beach at 5:26 AM