It's never too early to obsess over polls (UPDATED) 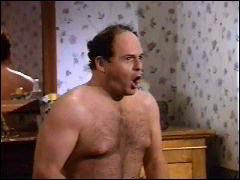 If you’re like me, Matt Christopher books weren’t the only things you devoured as a kid. You also consumed every baseball and football preview magazine you could find. The baseball guides provided a hint of summer during the bleak winter. And the football guides made it easy to pine for fall even in the middle of a heat wave.

I’d carry those things with me everywhere I went. There was always more information to be gleaned, something else to learn, an appetite that needed further whetting.

The Internet and the age of instant information has considerably thinned the field of preview magazines (and forced some long-standing titles to merge in order to survive) and largely rendered the content outdated by the time it hits the shelves. But my interest in preview magazines has been renewed by this blog and the glimmer of hope college basketball provides in the midst of a rebuilding football season.

Well, to a degree anyway: Those magazines are pricey, so I just jot down the CAA predictions on a piece of paper. Yes. I am ashamed. But at least I never bring the magazines into the bookstore bathroom. Let’s move on.

Along those lines—and because obsessing over poll results seems to be the in thing to do these days—I’ve decided to keep a running tally of the CAA predictions from every possible source. I’ve read five previews thus far and I’ll update these as new predictions roll in. I figure it’ll serve two purposes: Pass the time while giving us a good idea of the consensus heading into the season as well as providing us something to look back on come March.

One note about the polling: Instead of awarding 12 points to the first-place team and one to the last-place team, I will pay homage to my days as a mediocre cross-country runner by awarding each team the number of points correspondent with its finish in the predictions. So low is good and high is bad.

Some trends:
—Hofstra is ranked anywhere from sixth (Athlon) to ninth (Sporting News). The Flying Dutchmen also collected two seventh-place votes (CAA and Lindy’s) and an eighth-place vote from Blue Ribbon, though Michael Litos has said he thinks he underestimated Hofstra and adds, in this blog post, that the Dutchmen could finish anywhere from fourth to ninth. Clearly, he’s a smart man and wants nothing to do with the Fake Seth Meyers treatment.

—Northeastern and Old Dominion are each ranked in the top three in all but one poll. Northeastern is ranked sixth by Sporting News—no The anymore, apparently—while ODU is ranked eighth by Lindy’s.

—George Mason is ranked second or fourth in four of five polls (and sixth by Lindy’s).

—Aside from VCU, only one school has been selected in the same spot Delaware. David Henderson has no idea why he just did a spit-take.

—The team with the most fluidity is Georgia State, which is ranked second (Lindy’s), sixth (CAA and Blue Ribbon), seventh (Athlon) and 12th (Sporting News).

—James Madison is ranked eighth or ninth by everyone except Lindy’s (fourth).

—William & Mary and Towson are ranked in the bottom half in all five polls. UNC Wilmington is tied for ninth overall thanks to a fourth-place vote from Sporting News. Everyone else has the Seahawks eighth or lower.

—And Drexel is to the CAA what I was to the cross-country team at Torrington High. The Dragons are ranked in the bottom quarter by everyone—one vote apiece for ninth, 10th and 11th and two for 12th—and are the only squad to receive multiple last-place votes.

In other news: Loyal reader Brian, the Mason beat writer for the News & Messenger in Virginia—fortunately for him, I am among the one-half of one percent of the population that realizes that just because you cover a team doesn’t mean you root for it—covered Media Day Wednesday and reports that, like usual, Tom Pecora can work a room as well as those two guys who occupied the Arena nine days ago:

“I did have a chance to sit down with Pecora for a few minutes for a story unrelated to this season. And I must say, for a paper that he has absolutely no use for, he’s been awfully kind to me. ‘Let me know if you need anything,’ he said. So I will not speak badly of the man.”

2.) And it looks like the Potomac News has more use for Pecora than Newsday, which doesn’t seem to have staffed Media Day. There was no Hofstra basketball story in the paper either Thursday or Friday. Doesn’t mean the paper didn’t have someone down there to collect information and quotes for future usage, but it doesn’t look good, either.

Newsday did, though, have two stories on the football team this week. I’ll link those with some brief football commentary before the game tomorrow.

EDIT: And here are the links about the spate of injuries suffered by the Flying Dutchmen as well as the overflowing confidence enjoyed by new starting QB Steve Probst. Sorry but it’s been a crazy week with deadline work. Back to a regular Monday through Friday posting next week.

As for today: The inexperienced Hofstra offense and the lousy conditions—it’s windy as I type this and the skies are supposed to open sooner than later—suggests a defensive tussle today. But Probst seemed to run the offense like a pro when he replaced Cory Christopher last week and Delaware has scored two touchdowns in the last three weeks. So let’s say Hofstra hangs on the fringe of the CAA North for another week with a 24-14 win.

Email Jerry at defiantlydutch@yahoo.com.
Posted by Jerry Beach at 8:42 PM

"…Tom Pecora can work a room as well as those two guys who occupied the Arena nine days ago."