Let’s debate the impact of the debate 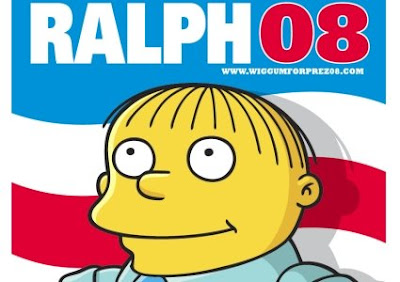 Because this is about the debate and how a Cinderella run in the NCAA Tournament would have a more tangible effect on the University...and I just can't stomach posting a picture of a George Mason Final Four ring.
So admitting this will probably mean either a.) a sudden raise in my Hofstra Pride Club membership or b.) a painful administration of a Hofstra Pride tattoo on my left bicep (still saving money to get a Starland Vocal Band tattoo there) by The Powers That Be, but here goes:

A little less than 24 hours before John McCain and Barack Obama take the stage at Hofstra Arena, I’m already tired of hearing about the debate—specifically all that jazz about the sustained boost Hofstra will get in publicity, name recognition and new applicants.

Don’t get me wrong: As someone who went to school there when the key athletic building on campus was the Physical Fitness Center, I think it’s really cool that Hofstra has advanced to the point where it can host a presidential debate. I’m not sure the dusty, bleacher-seated, once-was-the-home-arena-of-the-Long-Island-Surf PFC could have handled hosting a Student Senate presidential debate, never mind The Real Thing.

It blows my mind that America’s eyes will be trained on Hofstra Wednesday. I’ll also admit the wife and I go “whoo hoo” every time some talking head mentions the debate will be at Hofstra. Yes. We are dorks. I’m also insanely jealous of the Chronicle staff writers who get to cover this—as well as the earlier debates and the conventions.

And the University should be proud of hosting the debate and should be thumping its chest over all the publicity it’s receiving. From now until the end of time, the boilerplate on all Hofstra press releases should include something about the 2008 presidential debate.

I hope Educate ’08—the year-long series of events designed to, you guessed it, educate students about the election and politics—has resulted in campus-wide enlightenment. “I actually think there is an obligation for universities to try to inspire their students to be active participants in the democratic process,” Stuart Rabinowitz told the Associated Press in this article.

But let’s not be naïve enough to believe that Hofstra is doing this for the greater good. Hofstra’s hosting the debate because it’s good for Hofstra. It lends an unmistakable air of exclusivity and prestige to the school that will come in handy when The Powers That Be are raising funds—and tuition. Which is fine. That’s the name of the game on campuses nationwide.

The New York Daily News wrote today that “…Hofstra has received the kind of publicity money can’t buy,” in hosting the debate. Not quite true: Hofstra did indeed buy this publicity—it’s costing the University $3.5 million to put on the debate, according to the Daily News—and it plunked down the coinage because it realized the debate would provide an impressive return on a relatively minimal investment.

But that return won’t necessarily include a sizable increase in post-debate name recognition or applications. I understand the theory that Hofstra will get a bigger publicity boost than most debate hosts because the election is occurring at such a pivotal time in American history and because McCain and Obama will be discussing the economy and domestic policy, two incredibly timely topics, at the debate.

I put my theory to the test with my good friend JG (I can’t call him a loyal reader, since he’s a Syracuse grad…should have seen the look of concern on his face as we sat in the nosebleeds of the Carrier Dome as the Flying Dutchmen nearly beat the Orangemen in 2004). He’s the biggest political junkie I know. Dude’s got bookcases full of books authored by people on both sides of the aisle.

And even HE doesn’t remember where the 2004 debates were held. “I’m sure you can look it up online,” he wrote.

Nor am I convinced that high schoolers around the land will watch the debate and suddenly start filling out Hofstra applications. Arizona State and Miami, the two schools that hosted presidential debates for the first time in 2004, experienced only minimal increases in applicants from 2005 to 2006. Arizona State had 19,914 applicants in 2005 and 20,702 in 2006 while Miami had 18,812 applicants in 2005 and 19,040 in 2006.

(I tried finding 2004 application information online but couldn’t…but I figured the 2005 to 2006 numbers would be telling as well since most people applying for 2005 would already be well into the process by the time the debates took place. Except for procrastinators like me, of course)

In addition, M. Frederic Volkmann, the vice chancellor for Public Affairs at Washington University, told The Chronicle (no, not that one) Of Higher Education in 2004 that he’s “…never seen any data that shows a change in enrollment or a fund-raising bounce” following a debate at Washington.

The lede of the Daily News story Tuesday, meanwhile, unintentionally sums up just how minimal a long-term boost Hofstra will enjoy from the debate: “Outside of scoring a Nobel Prize or having a basketball team play Cinderella in the NCAA Tournament, the fastest way for a college to leap onto the national stage is to host a presidential debate.”

It pains me to type this, but two days, two weeks, two years and two decades from now, many, many, many more people will remember George Mason for its Final Four run in 2006 than Hofstra for hosting a presidential debate. If you try to go toe-to-toe with a George Mason fan with “Yeah? Well, whose school has hosted a presidential debate lately?” you’ll be laughed out of the room.

Is that a reflection on America’s out-of-whack priorities? Sure. But I also long ago came to grips with the fact that a guy like Carl Pavano can make nearly 250 times as much money per year for barely throwing a baseball as my wife does for teaching.

Robert Baker, the director of the Center for Sport Management at George Mason, penned this interesting article for Street & Smith’s Sports Business Journal in which he revealed that freshman applications increased 10 percent in both 2006-07 and 2007-08. And his conservative estimate of the value of the media exposure George Mason received for its run? How’s $677,474,659 sound?

Again: Hofstra’s earned the right to tout the debate as often as it wants. But after Wednesday, the impact of the debate will be about as wide-reaching as the WRHU signal.

“To me, this is priceless advertising,” Rabinowitz told the New York Times in August. But probably not as priceless or as valuable as $677,474,659, unfortunately.

Email Jerry at defiantlydutch@yahoo.com.
Posted by Jerry Beach at 11:42 PM

I think one of the debates was held at Belmont University, but the only reason I remembered that is because it is named after the track where I spent much of my first semester.

Sad, but true [and it lends credence to Jerry's theory]--when I was deciding between Hofstra and other LI schools such as Adelphi and Post, one of the biggest factors in steering me to HU was the fact that someday I hoped I would be able to watch my alma mater in the NCAA Division I men's basketball tournament, an opportunity I wouldn't have had at any other LI school at the time. [Yeah, I'm so old that Stony Brook was still D-3 back then.]