Let me tell you about the I-A fans. They are different from you and me. 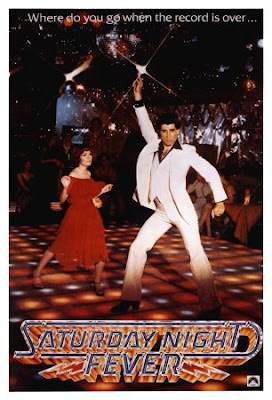 Spent the weekend in Connecticut catching up with my best friend from childhood Scott, who was visiting the Nutmeg State for the first time since the Flying Dutchmen were in their second year of I-AA (hint: it was also the year of the Spin Doctors, Temple of the Dog and Firehouse’s last, brilliant gasp in the face of the alternative rock revolution). A great time was had by all, especially when the CAA scores began to appear on the scroll during the Texas-Oklahoma State game.

“Shhh!” I said. Why did I do that? Seriously. It’s not like I couldn’t READ the screen even if everyone else in the room was screaming.

“The CAA scores are coming on,” I said. “I want to see how my alma mater did.”

James Madison 23, Villanova 19…nice win for the no. 1 team in the land…New Hampshire 42, Towson 14…further proving Hofstra had no shot at making the CAA North interesting…Maine 20, Northeastern 0…Maine is damn good all of a sudden…William & Mary 34, Rhode Island 24…geez the suspense is killing me…Richmond 48, Georgetown 0…isn’t it awfully late in the season for non-conference games…UMass 42, Bryant 7…guess I must have missed the Hofstra score…

I groaned and sunk into the couch as my friend and his brother started roaring. “Shut out!” Scott said. “That’s brutal.”

“You have no idea,” I said, wishing I had my media guide with me so I could figure out just how long it’s been since Hofstra was shutout twice in the same season (1977. Fordham and C.W. Post. It was the year of Star Wars, Saturday Night Fever and “You Light Up My Life.” As awesome as the Saturday Night Fever soundtrack is, do not tell me, ever, that the ‘70s were better than the ‘80s.)

Scott had another laugh and then we moved on to talking about the battle for Big 10 (where they have trouble counting, but are still better off than the Atlantic 10) supremacy between Ohio State and Penn State. Texas vs. Oklahoma State pitted two top six teams against one another, but Scott was about as interested in the Big XII clash (hey, give them credit, at least they’ve moved beyond the Big 8 moniker) as he would be in some no-name opening act at a concert.

Scott’s a big Ohio State fan. Huge. Enormous. I’m talking so rabid he makes me look like I don’t know the first thing about Hofstra. It was pretty cool watching Penn State-Ohio State to get an idea of what it’s like to live in an area where college football is king, even with a college basketball team that’s reached an NCAA final and won the NIT in the last two years.
Ohio State fans are used to watching their team play in a sold-out 100,000-seat stadium in prime time. I’ve rarely heard venom for a rival like I heard from Scott whenever the word “Michigan” was mentioned.

And every game has national championship implications, thanks to the nonsensical BCS. One loss is damaging, two losses is usually impossible to overcome—especially for Ohio State, which fell 13-6 Saturday to unbeaten Penn State and can forget about a third straight appearance in the title game. On Sunday, Scott said he had a hard time sleeping Saturday because he was so disappointed by the loss. (Oh well, at least Ohio State hasn’t been shut out twice in a season since 1964)

It’s a little different for us. We pine for the days when SportsChannel carried Hofstra on Friday nights or Saturday afternoons. I’m kind of nostalgic for Towson and Delaware, even though they handed the Flying Dutchmen their most heartbreaking losses—and ties—during the halcyon ’94 and ’95 seasons. And our passion is basketball, which has inspired its share of sleepless nights and loathsome thoughts.

Of course, rooting for a I-AA team has its benefits. We can stroll into Shuart Stadium 15 minutes before kickoff and land a seat on the 50-yard-line. And playing I-AA means Hofstra can afford at least three losses and still entertain national championship hopes. (Not five losses, though)

Alas, Scott and I are in the same situation after Saturday: Looking to next season. Fortunately, for Hofstra fans, it starts Wednesday, sort of, with the Blue-White Scrimmage. Bring on hoops. Pronto.

That said, I can’t NOT mention the biggest kick in the, well, you know, about the loss Saturday: Delaware scored more touchdowns against Hofstra (two) than it had scored in its previous 11 quarters (one). And the Blue Hens did it with a tight end and a wide receiver playing quarterback.

According to this game story from the Delaware sports information department, the Blue Hens went with the unusual two-headed QB because they’re down to a third-stringer who is not yet familiar with the offense. I imagine it’s ironic, in the sense that it’s not ironic at all, that Delaware beat Hofstra on the day the Flying Dutchmen’s third-string quarterback, freshman Steve Probst, made his first start.

Probst played impressively in relief of Cory Christopher against Maine Oct. 18, but the wind and the rain and Delaware’s blitzing defense made for a miserable day for Probst, who was 11-of-28 for 71 yards and two interceptions. His longest completion was 14 yards and he was sacked five times.

Hofstra had just 179 yards of total offense, yet the Flying Dutchmen had plenty of chances to score: They moved the ball inside the Delaware 35-yard-line in five of their final six possession.

Oh and how’s this for tying everything together nicely? Delaware’s win ended a three-game losing streak and ensured the Blue Hens would remain one of only two Division I or I-AA teams without a four-game losing streak in the last 40 years. The other? That’s right. Ohio State. Sigh. Only 17 days until the basketball season opener!

Email Jerry at defiantlydutch@yahoo.com.
Posted by Jerry Beach at 11:56 PM