No longer the pits for Nat? 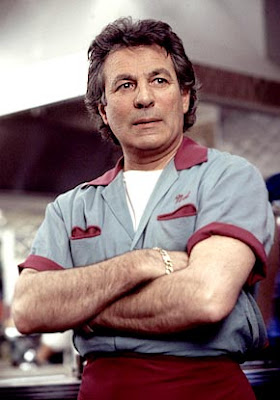 Megaburgers for all after Nat Lester leads the Flying Dutchmen to the CAA crown!

The Flying Dutchmen’s 61-56 win over Stony Brook Wednesday wasn’t an aesthetically pleasing one, but it was plenty interesting—particularly the sight of Nathaniel Lester on the floor at the end of the game.

Lester played the final 8:37 against the Seawolves and set a season high with 20 minutes, seven points and three rebounds. Before Wednesday, Lester had not played more than seven minutes in the second half in any of the Dutchmen’s first seven games. He didn’t get off the bench at all against Western Michigan or Old Westbury and played more than five minutes in the second half just twice—in the lopsided season-opening loss to Clemson and Saturday against Towson, when he played seven minutes.

That Lester has set a season high for second half minutes in consecutive games indicates he may be ready to emerge from the pack of guards on the Hofstra roster and establish himself as a consistent member of the eight- or nine-man rotation. His talent is unquestioned, and at 6-foot-5 he’s big enough to play forward or present matchup problems for the opposition at guard.

But from afar, Lester’s body language suggests he’s a sensitive kid whose confidence comes and goes. He scored 14 or more points four times in a seven-game span last December yet reached double figures just twice in the Dutchmen’s final 20 games.

Lester’s relationship with Tom Pecora—again, from afar—seems to be a work in progress as Pecora employs some tough love with the quick hooks. But Pecora knows it’s way too early to give up on someone like Lester, especially given that Lester is the only true sophomore on the squad. Charles Jenkins (who is exactly 10 months younger than Lester) and Greg Washington both redshirted in 2006-07.

Lester’s first shot Wednesday was one of those it’s-out-no-it’s-in-no-it’s-out-no-it’s-in specials that rattled around the rim for about an hour before falling through. I’m convinced he’s not nearly as busy the rest of the night if that shot bounces out instead of in. From my days as a terrible pick-up player at the local Y, I can tell you I knew if a day would be good by whether or not my first shot went down (it so often did not).

Who knows? Maybe a shooter’s roll was the turning point for Lester and Pecora.

—Speaking of turning points, sort of, I meant to start this Wednesday, but, well, I forgot. Something about new furniture and some guy coming in to fix the rug and it turning into a day-long process featuring my most profanity since Selection Sunday 2006. I don’t want to talk about it.

Where was I? Oh yeah. One of the few predictable things about the Dutchmen this season is the unpredictability of the Dutchmen rotation. Guys who are struggling or stapled to the bench one game will emerge as key contributors the next. So that gave me an idea: Try to identify the surprise contributor (or contributors) prior to every game.

My guess Wednesday was going to be Tony Dennison, who had been ice cold in his previous three games (7-for-24 from the field, including 2-for-12 from 3-point land). Dennison was better against Stony Brook (2-for-6 from the field, including 2-for-5 from beyond the arc), but he was also on the bench down the stretch in favor of Lester and has played just 40 minutes the past two games.

So I’ll stick with Dennison for Saturday against St. Francis and also add Darren Townes to the mix. (Yes, this increases my odds of being able to pat myself on the back Monday. My blog, my rules) Townes has started the last four games, but his minutes have read like a locker combination: 24-11-8-8. Foul trouble has saddled him the last two games (three fouls against both Towson and Stony Brook), but he didn’t draw a single foul against Fordham Dec. 3.

The Dutchmen are deep, but not so deep that they can’t use a lot more than eight minutes out of Townes. Big game Saturday, you watch. If you’re going, I’ll be the guy yelling about Sean Titus.

Email Jerry at defiantlydutch@yahoo.com.
Posted by Jerry Beach at 4:11 PM