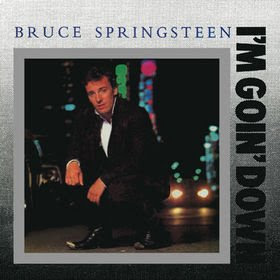 Yes. Yes they did.
You’ll have to take my word for it, or the word of Sully Ray, who was kind enough to drive when we went out to Manhattan—which is actually in the Bronx—Saturday night to watch the Flying Dutchmen take on the Jaspers. (In return, I told Sully I’d drive to Stony Brook…oh yeah, that’s a fair trade-off: He deals with several highways and tolls and airport traffic and terrible New York drivers and a crazy parking situation in exchange for me driving in a straight line to a suburban campus 11 days later. Good deal!)

Even though Hofstra trailed Manhattan by six at the half and by as many as 10 in the opening seconds of the second half, I never really doubted the Dutchmen would win—which they did, 65-61. I haven’t felt that in a while…certainly not last year, and not a whole lot the year before, when Hofstra won a lot of close games but never in inspiring fashion.

And I knew it’d be a victorious night at the first TV timeout of the second half, when whomever is in charge of the music at Manhattan (can’t really call him/her a DJ, since, you know, he/she didn’t play this song, or this one, or this one) played Bruce Springsteen’s “I’m Goin’ Down”—with Manhattan UP 39-36!

I mean, I know I shouldn’t bash what anyone else plays during timeouts, since Hofstra’s still using a Now! CD from like 1999 during its timeouts. But c’mon. There’s plenty of good Bruce to play that could have foretold a victory for the Jaspers instead of certain defeat, including his stellar new song “Workin’ On A Dream.” Or “Born To Run.” Or even the perpetually misunderstood “Glory Days,” which Loyal Reader Rob and I drunkenly “sang” at Fezziwig’s after Rick and Ted left the stage one night in the fall of ’94. 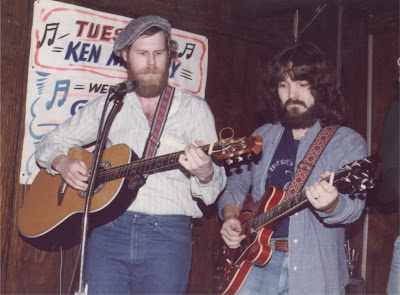 Jerry and Rob, neither of whom is pictured above, sing at Fezziwig's. “Now I think I’m going down to the well tonight and I’m going to drink ‘til I get my fill…and I hope when I get old I don’t sit around blogging about it, but I probably will.”

Where was I? Oh yes. Bad musical choices by the DJ-who’s-not-really-a-DJ. At the eight-minute media timeout, with Hofstra up 50-49, Velvet Revolver’s “Fall To Pieces” played. I guess “Welcome to the Jungle” or “Interstate Love Song” didn’t make the cut. Or Faith No More.

Anyway, I felt good about the Flying Dutchmen Saturday because they were down six at the half with Charles Jenkins scoring two points. I would have bet a month’s rent that Jenkins would score well into double digits in the second half. The Dutchmen were due for a pretty good run, and you had to figure Jenkins would lead it. Nineteen points in the second half surprised me a bit, but was anyone shocked he scored the final six?

Sully Ray and I had different takes on Jenkins’ 21-point effort. He thought it was a bit worrisome that the Flying Dutchmen still seem to be a one-man show in the waning minutes. I said the first half—when Jenkins mostly ran the point and took just four shots—was proof Tom Pecora is trying to turn the Dutchmen into a team with multiple weapons. And the reliance on Jenkins doesn’t look so extreme if Tony Dennison doesn’t slip on the floor on the fast break with under a minute left and the Dutchmen trying to add to a two-point lead.

That said, there were plenty of familiar sights beyond Jenkins’ second half surge—like the seven-man rotation, the 7-for-17 performance from the line and an offense built largely on guard play.

Pecora started three guards, and Jenkins, Dennison and Cornelius Vines combined for 45 points. Pecora made only five substitutions in the final 18 minutes, four of which involved trading Darren Townes for Greg Washington.

The other one was necessitated when Vines took a knee to the head, mere minutes after he appeared to be bleeding from the lip. He had to be helped from the floor and figured he was out for the night, especially when he seemed to be shaking out the cobwebs on the sideline, but he returned just two minutes later and played the rest of the game. Moral of the story: Nobody will ever question Vines’ toughness.

The reliance on guards wasn’t quite as lopsided as it appeared in the box score. Arminas Urbutis played 13 minutes in the first half, picked up three fouls and didn’t see the court in the second half.

Dane Johnson almost surely won’t have another dud like he did Saturday, when he opened the game by missing two shots inside the paint, finished with one point and three boards and ended up playing just nine minutes, none at all in the final 18:04.

Miklos Szabo had a pretty rough night himself: He put the Dutchmen in a 2-0 hole before the first tip by dunking during the pre-game. He should have saved it for when it counted, since he was 1-for-6 from the field and 0-for-3 from the line. Szabo also authored an incredibly ugly sequence late in the second half when he missed an uncontested jumper, grabbed the board and was immediately whistled for traveling.

But you’ve got to be pretty good to play 32 minutes with that kind of line, and he did pull down 12 rebounds—pretty notable for a team that got outrebounded 41-39. Alas, I don’t think “Hungarian Hands” is quite the nickname Michael Litos was seeking for Szabo.

I’m not surprised Pecora went with the tried-and-true in an attempt to pull out another narrow win away from home, especially just five games into the season. But I don’t think he wants games such as this to remain the norm, so if this continues, I won’t be surprised if he dips into his motivational bag and does something like he did against Northeastern in Boston in 2007, when he benched all five starters early in the game to prove a point.

“I told them when I took them out ‘if I have to lose this game to make us know how we have to play in order to win a championship in March, I’ll do it,’” Pecora told Newsday after the game.

Of course, it didn’t work then (the Dutchmen lost 84-74) or later (Hofstra was knocked out of the CAA tourney in the quarterfinals by George Mason). It was, though, all the proof Pecora needs to know the tried and true probably won’t result in a trip to the NCAA Tournament—even in a potentially down year for the CAA. More on that later today.

Email Jerry at defiantlydutch@yahoo.com.
Posted by Jerry Beach at 7:20 AM