Hofstra 60, Fordham 40 (Or: I’ll take those odds that March is the good kind of Mad) 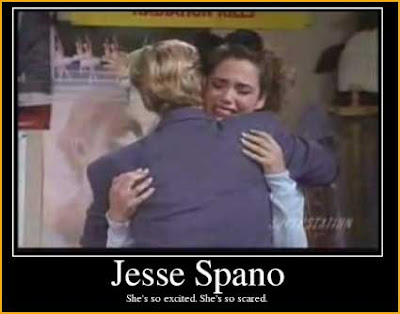 I know exactly how she feels. I mean, aside from the caffeine pills. And the part where she later stars in the worst movie ever made.
I’m a cynic, for reasons too numerous to mention here for fear of boring you silly. The ironic thing, in that it’s not really ironic at all, is that my transformation began at Hofstra, where I grew discouraged by the bottom-line mentality the school so often displayed (geez, can you imagine how angry I’d be today?), how little my communications degree prepared me for a career in journalism (in Hofstra’s defense, this was before the School of Communication was founded) and how I already knew I was headed for a dying field run by soulless capitalist pigs who viewed people like me with abject contempt.

Where was I? Oh yes. Not listing the reasons I’m a cynic.

Anyway, this is ironic (but not really) because the one thing I remain optimistic about is Flying Dutchmen basketball. During the first year in the NAC, when Hofstra finished in last place but blew Maine out in a play-in game to advance to a quarterfinal contest at top-seeded Drexel, I annoyed Loyal Reader Rob—something I do, err, did quite often—by repeatedly asking him how we’d be able to cover the Flying Dutchmen in the NAC title game, scheduled for a Wednesday night, which was the night The Chronicle went to press.

“Beach,” Rob finally said, “there is no way in hell we’re making the title game.”

All that brings me to last night, and a resounding 60-40 win over Fordham at the Arena that sent me rushing home to book a trip to the Final Four. (OK, maybe they won’t make the Final Four, but I’m more convinced than ever the Dutchmen ARE going to dance this year, and it has nothing to do with what happened last night…come back later today to find out why.)

The unbridled optimist in me says this was 40 minutes of the best-case scenario. Four players scored in double figures. The Dutchmen held a 47-29 rebounding edge. Four reserves played at least 10 minutes apiece, something accomplished just once in the first five games—against Clemson, not Old Westbury. More than once—and for more than just a few seconds—Tom Pecora fielded a lineup that featured one starter and four reserves.

Charles Jenkins, the one-man show, tied for the team lead with 11 points and added a career-high nine assists before he took a seat in the final two minutes for walk-on David Vallins.

Miklos Szabo made me and Sully Ray’s dad—not to mention Pecora—look pretty prescient by draining two 3-pointers, scoring 10 points and pulling down eight boards. After the second 3-pointer, Sully Ray summed things up nicely: “That changes everything.”

Szabo’s performance sent him a long way towards earning a completely original and complementary nickname for Michael Litos. It was a good thing for Szabo last Saturday that “Dunking Dutchman” and “Mad Hungarian” were already taken.

Zygis Sestakos lives! The hot-and-cold outsider shooter, who played five minutes combined in the last three games and didn’t get off the bench at all against Manhattan, played 25 minutes, scored 11 points, hit three of his five 3-pointers and generally looked like the weapon he was in 2006-07.

Most encouraging of all was seeing Greg Washington played like the Greg Washington whose absence was believed to be the missing piece to the 2006-07 puzzle, not the 6-foot-10 enigma wrapped in a riddle adorned in a Hofstra uniform. He set career highs with 10 points and 11 rebounds and added four blocks in 23 minutes. Entering the game, he’d collected four points, seven rebounds and three blocks in 29 minutes—all season.

He hit shots from outside and enjoyed an 11-second sequence midway through the first half when he blocked a shot, raced down the court and ended the fast break with a dunk. Now if Washington can continue such play for more than 20 minutes a game, THAT changes everything.

Cornelius Vines didn’t reach double figures, but the only two baskets he hit were Agudio-like, dagger 3-pointers in the final minute of the first half that turned a one-point deficit into a five-point lead.

The Dutchmen were so deep Wednesday that Darren Townes started but played just 11 minutes despite grabbing four boards and picking up no fouls. On Saturday, he played 24 minutes and recorded as many rebounds as fouls (three). Dane Johnson, the other returning front court starter, didn’t start for the first time this year and played just 10 minutes. Tony Dennison started but played fewer than 20 minutes for the third time. Arminas Urbutis played only six minutes and sat out the second half for the second straight game.

So to see this thorough victory on another inconsistent night for the rest of the CAA—Delaware lost to my safety school, which means that if not for abnormally good grades at community college, I’d be gushing over Central Connecticut’s victory at Blissfully Blue Devils—inspires wonder.

As in: I wonder if Pecora can do this every night? Can he make preparing for Hofstra sheer hell by throwing different lineups, big and small, out there? If Wednesday is a sign of things to come, then I wonder if picking the Dutchmen fourth was the pessimistic projection, not the optimistic one.

But then I wonder if I’m just merely going mad. Fordham is winless and threatening to give New Jersey Tech a run for its money as the most downtrodden team ‘round these parts. The first half was generally unimpressive as the Rams and Dutchmen swapped the lead. Free throw shooting is still an adventure (5-for-11 Wednesday, 60.4% for the year). College hoops in the tri-state area is so down so far that calling Hofstra the best team it has to offer—as the Daily News’ Sean Brennan did in his excellent new local hoops blog—is not quite the complement it used to be.

And it IS still only the first week of December. Even if Hofstra is better than anybody thought, and even if the CAA is less top-heavy than most of us thought, the conference schedule will still be as challenging as ever. So much can change over the next 12 weeks. History is littered with teams that thrived in December and were nowhere to be found in March. I don’t want to be That Guy, the one everyone glares at in March.

And then I wonder if I can convince my wife we should go to the game. C’mon dear. It’s only three-and-a-half hours each way. We’ll listen to Weezer in the car, I promise.

Email Jerry at defiantlydutch@yahoo.com.
Posted by Jerry Beach at 8:12 AM

I'm not going as crazy as you are, Jerry.

But I liked the fact that we put away a bad team in the second half and didn't let it get to the point where it was a game with 5 minutes to go. I think this team has potential, but as you say, Towson on the road will be a stern test Saturday.