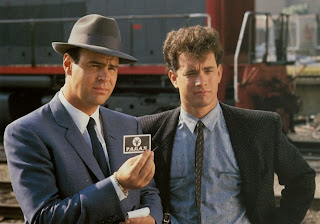 Good evening and welcome to this year’s version of Just The Facts: CAA Tournament! If you were with us a year ago this week, you know this is where I ditch the usual witty banter (snort) and just present you some facts on a tournament topic relevant to Hofstra. I basically lifted that explanation from last year’s first Just The Facts, but I’m running late and the greatest form of flattery is self-plagiarization, or something like that.

Anyway, tonight I’ll review Hofstra’s history as a no. 3 seed in its conference tournament. Remarkably, this is only the fourth time the Flying Dutchmen have earned the three seed since 1983-84, when the East Coast Conference went to a one-division format (the ECC had East and West divisions in its first nine seasons, so there’s a possibility the Dutchmen were the three seed in one or more of those years). All have happened in the last 13 years.

The Dutchmen are 3-3 all-time and have never won a conference tournament as the no. 3 seed, but they reached the CAA final in their second appearance all-time out of the three hole in 2005-06. So, going by that statistical pattern, the Dutchmen will win it all this year! (It makes sense in my mind) YES! Remember where you read it first!

The Dutchmen have also reached the NIT all three times they earned a no. 3 seed in a conference tournament. But that of course will not be a necessary fallback option this year!

Without further daydreaming, here’s how Hofstra has fared as the third seed. And stay tuned for many more Just The Facts posts over the next two or three days!

1998-99 America East
Quarters: Hofstra 69, no. 6 Vermont 59
Semis: No. 2 Drexel 55, Hofstra 37
What went wrong: Speedy Claxton had a thigh injury and scored just two points in a total of 11 minutes in the two games. He didn’t even play in the NIT loss to Rutgers 10 days later.
2005-06 CAA
Quarters: Hofstra 72, no. 6 VCU 66
Semis: Hofstra 58, no. 2 George Mason 49
Championship: no. 1 UNC Wilmington 78, Hofstra 67
What went wrong: You know.
2006-07 CAA
Quarters: no. 6 George Mason 64, Hofstra 61
What went wrong: Well, the Dutchmen trailed by 15 at the half, spent the second half furiously trying to come back and Greg Johnson drove the lane for a layup—and missed—as time expired while Antoine Agudio was left wide freaking open on the left wing. It was great, in that it was awful beyond words.

Labels: Dragnet, Hofstra's history as the 3 seed in a conference tourney, Just The Facts 2011