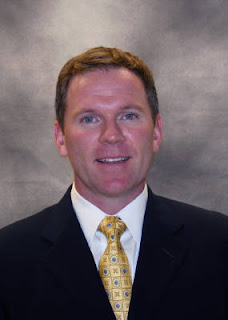 Our main man Mo Cassara was kind enough to take a few minutes this morning to chat about the challenge of facing William & Mary tonight and the task ahead of the Flying Dutchmen as they try to win the CAA Tournament for the first time ever. Thanks as always to Mo for his time.

Other than stopping Quinn McDowell, what do you have to do to beat William & Mary tonight?

I think we have to execute our game plan better than theirs. I think their style and tempo is very difficult to play against. They’re very, very well-coached. We’ve played them two times and both times we were losing at halftime. So it’s going to be a challenge for us on the offensive end and defensive end. Coach Shaver does a great job with the matchup zone and changing defense and their offense is very difficult. Certainly, McDowell is a real dynamic player, he really had his whole game on display last night. We’ve got our work cut out for us. We have to attack them on offense and we have to do a great job of keeping them off-balance on defense.

Chad Tomko, Chase Allen and Denzel Bowles all saw their careers end with down games last night. Do you think that serves as a reminder to Charles Jenkins, Greg Washington and Brad Kelleher of the urgency of these games, that even one off night can be the end?

I think we try not to focus on that kind of stuff. As I’ve said all along through the season, we’re not a big picture group. I think obviously we’re down towards the end now, we’re down to do or die, so to speak. But at the same time I think Charles and Greg and Brad really remain focused on the task at hand, of just trying to beat William & Mary and not worrying about the season ending or anything like that—just saying focused on what we need to do and execute our game plan.

How confident are you and the team entering the tournament?

I feel good. I was in the arena for great games yesterday, the place was electric, a lot of excitement, a lot of passion. I think our guys are excited and ready to go.

What is it about this team that has you confident it is peaking at the right time?

How much do you think the week off will help your guys?

I think it helps. I don’t think it changes the dynamic of the game. Certainly [William & Mary has] some advantages, even though they might be a little leg-weary and a little beat up, but they got a chance to play on the court last night and get a great win while we’ve been sitting around a hotel room for a couple days. As a coach its’ easy to say [rest is] what helps you win the game, but sometimes that becomes a real challenge. I think the most important thing for us is to get our feet on the ground, get back to playing basketball. We’ve been resting and talking and focusing a lot this week and now it’s time to go out there and play.

Who besides Charles has to have a big weekend for you to do well?

I think it’s Greg Washington. I think that’s the real key. I think Greg Washington has to score some points, has to stay on the court, has to be a facilitator, has to be a big defensive presence. If he can do all those things, being a fifth-year senior, a guy next to Charles the whole way, we’ll rely on his experience and maturity heading into this tournament.