Welsh is the answer, but the questions are just beginning 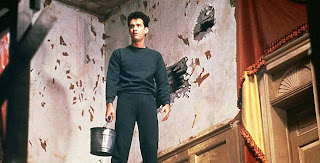 Maybe Pecora didn't get the pay raise because he's always trying to throw in comments about not really enjoying CAA play and using the demographics as an excuse for not winning the CAA tournament or getting an NCAA bid. Sort of similar to the Larranaga bashing by HU fans even though the man is a great coach and a great representative of the CAA everywhere he goes.

Maybe if they (bitter HU fans, students, etc) focused less on GMU and attending more HU games, the school and the team would see greater interest in their B-Ball program and provide some confidence in their decision allocating money for the sport.

Welsh seems like he wants to get in and kick some ass, doesn't really matter who he plays or what conference he's in, he just wants to win. Then again, he's going to have to show that in the next year.