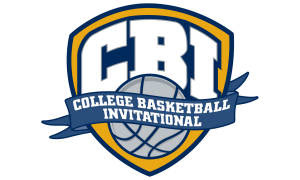 We spoke Monday afternoon with Hofstra athletic director Jack Hayes, who gave a glimpse at how the school decided to pursue a bid to the CBI or CIT and how it landed a CBI home game Wednesday as well as the logistics of planning such an event and trying to generate interest in it among fans. Hope you enjoy the interview and we thank Jack for taking the time to speak with us during a busy day at the school.

Describe the process by which Hofstra ended up in the CBI. Did you begin pursuing these bids when you were eliminated from the CAA Tournament?

It pretty much started in the last couple weeks. We took a different approach than last year. Last year, we had six seniors on the team. We were 21-11 at this point last year, but with six seniors we just made the decision early on that if we were invited to the NCAA or the NIT we would accept the bid and be thrilled about it. And if not, that was going to be the end of our season. As you know, this time around, the makeup of our team is entirely different. Five of the top seven players, in terms of minutes, are people that would be coming back next year. When you have a team that’s going to return the Player of the Year in the conference, a member of the all-defensive team and two members of the all-rookie team, we felt like ‘Let’s continue to play as long as we can.’ And in conversations with the CBI and the CIT, we communicated to them that we would be interested in playing if we were invited.

Was there a point Sunday night where it became clear that the CBI was a more likely destination than the CIT?

Throughout the process, were you feeling pretty good about getting an invite to one of the tournaments?

I think we did. They ask you what your availability is in terms of being able to travel, is your building available for home games, that type of thing. What happens in these tournaments—I’m sure you’ve seen it already in the Illinois-Stony Brook game—is that once you get into mid-March, a lot of schools’ facilities are being used for other things. And so you end up with schools that can be in it, schools that can be in it but can’t play at home. You have those conversations with the NIT, with the CBI, with the CIT. But we felt all along in those conversations about our team, about our ability to play home or away, we felt like there would be a likelihood that we’d get the phone call.

What made you decide to bid on a home game?

One thing was we knew that next week, our building was not available, which is in rounds two and three. So we discussed that [and how] we would be able to host in the first round, but if we were fortunate enough to advance, that we would not be able to. I don’t think that played a role in whether or not we were invited to the tournament. They probably sit there and say ‘If Hofstra were to participate and they don’t play at home in the first round, then they actually have no opportunity to play at home.’ So I think that may have factored into it, that we were able to host a first round game but not a second or third round game.

Reports the first two years had schools paying $60,000 to host a game. Can you say what the fee was for Hofstra?

You’ve got to be prepared for it already hoping that you get the bid, which you do every year if you’re in a position to participate in postseason play. By the time Sunday comes, you have to have the ticket office up to speed, you have to have the facilities schedule known, because you can imagine on Tuesday, IUPUI’s going to have to practice here. They don’t have to, but you have to give them the opportunity if they’d like to do so. Practice schedule to ticket information to information on the website [all has to be released].

The two preseason NIT games Hofstra hosted, neither of which could be listed on the schedule that was issued in October, didn’t draw very well at all. What are you planning to do to let people know about the CBI and to let them know there’s a basketball game at Hofstra Wednesday night?

There are some things in the preseason NIT that [limit] you—the prices are set at the beginning and group ticket discounts and student tickets and discounted tickets are not permitted. We’ve got a little bit more flexibility [with the CBI]. So even though we don’t have a significant amount of time in terms of from the announcement to when the game is played, some of those things we have already prepared for. We were able to put things up on the website and send information by email to season ticket holders, which does make it easier. Believe me, we have been thinking about the preseason NIT as we’ve been making some of these decisions in the last few days.

After Hofstra chose not to play in the CBI or CIT bid last year, you and Tom Pecora sent a letter to season ticket holders explaining the decision. Did the negative fan reaction play a factor in this year’s decision?

Two things: One, the most important, was the makeup of our team with six seniors. It didn’t really make sense for us to do this. The second piece was, as we started to move closer to the end of the season this year, we did get feedback from other teams that participated in these events. As you know, Northeastern participated in these types of events. Old Dominion has. So we’ve been on the phone with the schools that were in the [tournaments]. It was those two reasons, the primary one being the makeup of our team.

Hofstra fielded a good amount of criticism after the football program was terminated. President Rabinowitz said in announcing the decision that there were no plans to eliminate any other sports and that the school would continue to invest in its athletic program. With that in mind, what kind of message do you think hosting a CBI game, as well as the news last week that Hofstra will host the 2011 Division I lacrosse quarterfinals, sends to fans, alumni and athletes?

Anytime that you can bring national events to your campus, it’s a positive. Ultimately, what this is about is providing our team an opportunity to continue to play, and I don’t know why anyone would not think that’s a positive. If we can give the members of our team an opportunity to play in a tournament that has meaning, then we should consider it. So we were excited to do it. We’re certainly excited about that announcement last week and excited about this as well. The turnaround time does make it a little bit of a challenge, but it is what it is. I think there’s schools out there that would like the opportunity to be playing in a basketball game Wednesday, and so we’re grateful that we have that opportunity.

We want to be successful. We want to strive to be as strong an athletic program as we can.