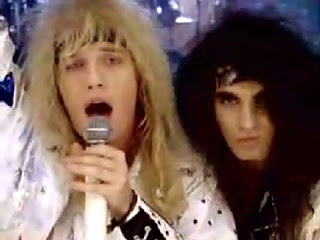 8 Towson over 9 UNCW: You can check my Twitter, I predicted this before the Tigers sent the Seahawks back to Wilmington.

5 VCU over 12 Delaware: The Mike Pegues Bowl (look it up, kiddies!). This one may be even uglier than Towson-UNCW. Do you remember when Delaware was an elite program that hosted the conference tournament and seemingly had a bye into the semifinals every year? Yeah me neither.

7 Hofstra over 10 Georgia State: Duh. Boy will I look like a bigger jackass than usual if the Dutchmen get knocked out in the first round after I spent all week coming up with reasons why they’ll win it all. Will probably be closer than we prefer, since Georgia State is a nightmare on Friday (3-1 in first round games and should have beaten William & Mary as the 12 seed two years ago), but the Dutchmen hang on.

11 James Madison over 6 Drexel: This will anger my new friend and fello CAA Hoops contributor MetSox, but the Dukes are the scariest of tournament teams—a squad with high Division I talent but effort issues. Just the type of team to turn it on this weekend (hi Towson!). And Drexel, which lost to—IRONY THAT IS NOT REALLY IRONY ALERT!!!—Towson last year in the 6 vs. 11 game, is in the midst of another late-season fade.

1 ODU over 8 Towson: Another game that will probably be closer than we imagine, but with every win the Monarchs’ at-large chances increase. They’re not losing to the Tigers and Pat Kennedy’s awesome toupee.

5 VCU over 4 George Mason: Rams win by 75, paste eaters crash the CAA Zone complaining about how things would be different if the tournament wasn’t in Richmond. Honestly, is there anything funnier than Mason fans complaining about unfair advantages? (Can’t say this enough: They’re not all bad, swapping emails with the more intelligent ones is fun) Seriously, this will be the best and most entertaining game of the tournament, and given the history of Jim Larranaga-coached teams in the tourney, I won’t be shocked at all if the Patriots get their crap together and run off two or three wins. But it’s hard to make up for a season of foolishness in one weekend. Especially when the refs make it an 8-on-5 game, muahahahaha.

7 Hofstra over 2 Northeastern: Duh x 2. This matchup does scare me, because there is less than no chance the senior-laden Huskies overlook the Dutchmen. And I can easily foresee a scenario in which the Dutchmen are bussing back to Hempstead in silence around 10 p.m. tomorrow night. But here’s my favorite stat of the year: In the two games between the two teams this season, the Dutchmen pulled down 58 defensive rebounds while Northeastern had just 10 offensive boards. It’s another close one but Kanacevic has a monster game and Williams hits a couple huge threes in the second half.

ODU over VCU: Another classic, but just like last Saturday, the Rams blow a late lead with sloppy play and the Monarchs eke out a win.

Hofstra over James Madison: Duh x 3. Honestly, if the bracket breaks this way, I may not be able to contain myself. Scorching Dutchmen blow out the tired Dukes.

Hofstra over ODU: Duh x 4. All of Virginia turns out to cheer on the Monarchs and razz the damn Noo Yawkers, but there is no stopping a team of destiny as the Dutchmen become the first squad ever to win four games in four days and the first northern school to win the CAA. Our Man Corny hits a bunch of threes in the second half as the Dutchmen create some distance in a close game. Charles Jenkins flings the ball skyward as time expires and all seven Hofstra fans storm the court. Watch for me. I’ll be the guy jumping on Pecora’s back and Tweeting with my free hand as he tries to make his way to Blaine Taylor for the post-game handshake.

As usual, I retain the right to say I was right if Hofstra loses in the quarterfinals and its opponent wins it all!