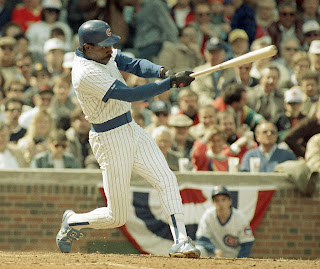 Twenty-three years later, will Matt Janning or Gerald Lee get revenge for Ozzie Smith over Andre Dawson?
Tom Pecora has high hopes for tonight’s CAA awards banquet.
“I’m hoping that Charles is the player of the year,” Pecora said after the Flying Dutchmen beat Georgia State in the regular season finale Saturday. “I’m hoping that Greg Washington and Cornelius Vines are on the all-defensive team and that Halil and Chaz are on the all-freshmen team. I think that would be the right thing, if it played out that way.”
My guess is Pecora won’t be too disappointed tonight, which speaks volumes for just how far the Dutchmen have come from their 2-7 start. Here are my picks for the Player of the Year, All-CAA teams, Rookie of the Year and All-CAA teams. Like Litos, I find it almost impossible to pick an all-defensive team. I think defense is something you have to see to appreciate, and I don’t watch nearly enough CAA games in person to make a pick there. My guess is Washington makes the team, Vines doesn’t and that Robert Nwankwo, who led the league in rebounding and blocked shots, wins defensive player of the year. (Edit: I apparently forgot the existence of Larry Sanders. Make it Sanders)
PLAYER OF THE YEAR
Who should win: Charles Jenkins, Hofstra
Who will win: Matt Janning, Northeastern and Gerald Lee, ODU
Who will win the more I think about it: Jenkins
The closer we get to the awards ceremony, the more I think Jenkins is going to win it. He led the league in scoring, was almost two points per game ahead of his nearest competitor and was absolutely monstrous down the stretch (24.9 ppg in his last 10 games) in lifting the Flying Dutchmen to the greatest second-half run in league history (it’s true, I looked it up!). Whether he wins tonight or not, he is the best player in the league.
But whenever I ponder the MVP race in baseball, I almost always think it should go to a player whose team made the playoffs. Over the last 23 years, I’ve gone from thinking Andre Dawson and his 49 homers were a slam-dunk as the 1987 NL MVP to believing Ozzie Smith got robbed for .303 with 75 RBI (and NO HOMERS!), 43 steals and more than twice as many walks (89) as strikeouts (36) while playing his usual Gold Glove defense for a Cardinals team that won the NL East and finished 18 ½ games ahead of Dawson’s cellar-dwelling Cubs.
Blog bias aside, I can’t blame anyone who votes for Lee, Janning or Chase Allen because Old Dominion and Northeastern finished 1-2. Janning’s stats don’t jump off the page (15.1 ppg, 3.8 rpg, 3.1 apg) but he’s the glue of a smart, focused, senior-laden team. Tom Pecora’s quote about Janning being the Wayne Gretzky of Northeastern—the guy who makes the pass that leads to the pass that leads to the basket—was great, and telling. I hope enough people have watched enough Northeastern games this year to realize that.
I think Lee will benefit most from name recognition, even though he had a lesser season this year (14.3 points and 5.1 rebounds per game) than last year (15.5/5.7). Southern bias helps too! I imagine voters will lean towards the senior in a tiebreaker scenario, which is understandable.
Honestly, I’m starting to really think Jenkins wins it. I just realized he has more Player of the Week awards (four—three shared and one solo) than Janning and Lee combined (one shared honor apiece). Screw it. Jenkins wins. And if he doesn’t, I may be right anyway!
FIRST TEAM ALL-CAA
Charles Jenkins, Hofstra
Matt Janning, Northeastern
Gerald Lee, ODU
Larry Sanders, VCU
Chase Allen, Northeastern
SECOND TEAM ALL-CAA
David Schneider, W&M
Joey Rodriguez, VCU
Jamie Harris, Drexel
Denzel Bowles, JMU
Jawan Carter, Delaware
THIRD TEAM ALL-CAA
Robert Nwankwo, Towson
Joe Dukes, Georgia State
Quinn McDowell, W&M
Julius Wells, JMU
Cam Long, Mason
You have no idea how much I wanted to leave Long off, just to annoy the paste-eaters in Mason Nation. But as poorly as he finished, he’s the most reliable player on a team that earned a bye and the closest thing the Patriots have to a mature, calming presence.
ROOKIE OF THE YEAR
Who should win: Halil Kanacevic, Hofstra
Who will win: Chris Fouch, Drexel
No denying here my blog bias is the tiebreaker. Kanacevic was fifth in the league in rebounding as a rookie, finished tied for fourth in the league with 10 10-rebound games and, like Jenkins, has been at his best during the Dutchmen’s sizzling run (9.6 points and eight boards per game). His emergence has been doubly impressive considering how much fellow freshmen Chaz Williams has struggled in the last few weeks.
However, I won’t argue with anyone who prefers Fouch, who certainly has the better nickname (F-Bomb, so awesome), led all CAA rookies in scoring and has scored in double digits in nine of the last 10 games in which he was healthy (he was limited to five minutes in the Dutchmen rematch and missed the subsequent two games). I also think Fouch will benefit from Kanacevic and Williams splitting the ROY vote.
CAA ALL-ROOKIE TEAM
Halil Kanacevic, Hofstra
Chris Fouch, Drexel
Chaz Williams, Hofstra
Luke Hancock, Mason
Darren White, JMU
COACH OF THE YEAR
Tony Shaver, W&M. Picked 12th in the preseason, Tribe fans are wondering what could have been after finishing third. Pretty remarkable. Wonder how Pecora places in the balloting after overseeing THE GREATEST SECOND HALF RUN IN LEAGUE HISTORY!!
Email Jerry at defiantlydutch@yahoo.com or follow Defiantly Dutch at http://twitter.com/defiantlydutch.
Posted by Jerry Beach at 6:50 PM

In our defense, paste is delicious

That is hilarious and proof you were absolutely not in my target audience there. Good luck this weekend.

awww..you will be so disappointed to know Long made 2nd team despite your best efforts. And if this was your best effort...no wonder you blog and not write for a real paper.

Hey, thanks for reading and responding, target audience! Stay classy and keep giving the rest of Mason Nation a bad name!

(Deleted my original post b/c I mistakenly thought dilbonius wrote it...my apologies to him/her for the error)

Jokes about unemployment are the best. Right there with jokes about Jews, blacks and U.S. troops dying in Afghanistan. You just can't go wrong.

Anyway, I'm surprised Long made second team. But I have no doubt he belongs there. He's been the adult on a team full of children, and I think he's just been worn out these last few games.