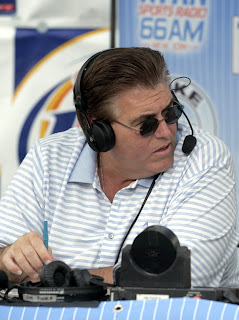 Cornell became a national power while Mike Francesa wasn't paying attention.
With Cornell playing Kentucky tonight, I intended to post this earlier in the week, but, well, stuff was crazy. Actually, I meant to post this the morning of Dec. 3, but then Hofstra killed football and that was that for the next five days.
And while not posting my running commentary of Tom Pecora’s appearance with Mike Francesa the day before didn’t suck as much as the death of football—I was literally about to hit post when I got the phone call from Sully Ray letting me know the football press conference was taking place in 25 minutes—I am bummed it didn’t see the light of day, because nothing is more fun than running Mike Francesa commentary. So much hypocrisy and arrogance, so little time.
Francesa, like usual, barely let Pecora get a word in edgewise and made it all about him and exposing his knowledge, or lack thereof, about, well, anything. Finally given a rare chance to speak, Pecora plugged the upcoming Holiday Festival, which in turn allowed Francesa to dismiss Cornell as a nothing program. Of course he wasn’t saying that this week, was he?
I’m going to miss having an excuse to post Francesa running commentaries. Damnit. Better get cracking on that Fordham blog. Anyway, here you go. Enjoy!
Francesa: “Who do you play Monday night?”
Pecora: “Davidson or Cornell.”
Francesa: “I’m sure it’ll be Davidson. I can’t see Cornell having a team. They never have a team.”
Posted by Jerry Beach at 10:16 PM