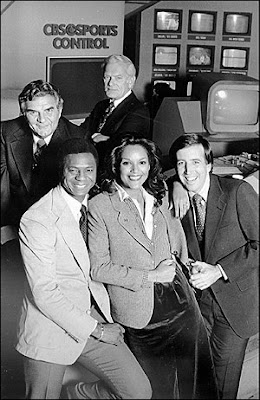 Long before CBS Sports had a website, it had the best pregame, post-church football show on the planet.

While we all wait on Missouri to officially put the 2008 presidential election in the books (who’s counting the votes there, me?), we can report that another big precinct has cast its ballot in a race that’s projected to have a lot less suspense than Obama-McCain.

CBSSports.com has posted its CAA predictions and guess what? VCU is picked no. 1. Just as with The Sports Xchange rankings earlier in the week, I’ll post the updated overall poll before revealing the CBS rankings.

And the CBSSports.com predictions:

As usual, some quick notes about how the CBSSports.com poll influences the overall rankings:

—Hofstra’s seventh-place vote is its third. The Flying Dutchmen have also been picked once apiece for fourth, sixth, eighth and ninth. I guess that’s how I get thanked for giving CBSSports.com my fantasy sports business since 2000. Harumph.

—Northeastern getting a second-place vote from CBS was enough to vault the Huskies past Mason for third. The only other position shift occurred with UNC-Wilmington moving into a tie for ninth with William & Mary (for the second time this campaign) thanks to its eighth-place vote.

—Now that Delaware has been picked somewhere other than fifth, VCU is the only team selected in the same spot in every poll.

—James Madison has been picked ninth in five polls. Old Dominion (third) and George Mason (fourth) have each been picked in the same spot in four polls.

A couple other bits and bytes:

—Tom Pecora was on Chris Russo’s show, Mad Dog Unleashed, on Sirius/XM earlier this evening. No Hofstra-specific stuff, but some fascination information about Operation Hardwood, which Pecora participated in back in August. Pecora talked about the soldiers the group met as well as a flight into Baghdad that was so hot (130 degrees) and rocky every coach brought a religious artifact with him. The 10 coaches on the trip also shared five bunk beds.

If I can find a link on the Sirius site, I’ll post it. (I’ll also take this opportunity to mention that satellite radio is the best thing since oxygen, and that once you try it, you’ll never go back to the crap that is terrestrial radio) Never a huge fan of Mike and the Mad Dog, but when it comes to rooting for the divorcees, I’ll go with Mad Dog eight days a week. Huge thanks to Loyal Reader Matt for calling to alert us to his appearance and props to Mad Dog for not forgetting Pecora even though he’s gone national.

—Also huge thanks to Michael Litos for the kind plug on his blog Wednesday. He has a post today about George Mason’s exhibition loss Wednesday to Division III Randolph Macon, a school I previously knew about only thanks to this Red Sox minor league pitcher. It’s amusing to read how good Macon is supposed to be in this game story on Mason’s official site. I realize getting a chuckle out of Mason falling to a D-III team is risky karma, since the Flying Dutchmen actually play a game that counts against a D-III school, but, well, it’s my blog and I’ll laugh if I want to.

And as Litos pointed out last week, it’s very early—so early it’s not even early yet—so it’s folly to get too wrapped up in pre-season workouts and exhibitions. But losing to Macon, even in an exhibition, reminds me why I’ve been skeptical that Mason can finish in the top four. (See if you can write Macon beats Mason five times fast)

It’s nothing personal (no, I swear), but losing two veteran leaders plus trying to work a quartet of hotly hyped newcomers into the mix sounds like a chemistry disaster waiting to happen. I’ll grant that Mason will be better at the end of the year than the beginning, but in a loaded conference, I’m not sure that’s going to be enough to earn a first-round bye come the first weekend of March.

Glad I could finally contribute!!