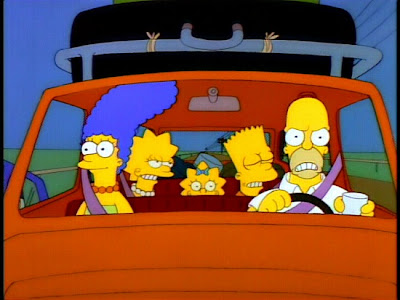 Keep it up and I'll turn this car around and take you right back to the beginning of football season!

The road to 143-0 began Tuesday as Northeastern knocked off IUPUI (I’ll take colleges that sound like they were founded by Beavis and Butthead for $100, Alex) in the opening round of the Coaches vs. Classic tournament in Michigan. (If the tourney sponsor wants me to mention its name, it can send me a check)

It’s very cool that a CAA school has tipped off, and Michael Litos does a great job of summarizing the giddiness that accompanies opening day. Mike and I will have to agree to disagree again, though, about the banality of baseball, since I only capitalize Opening Day when it refers to baseball and I’ll certainly be one of those guys counting down the days to pitchers and catchers come February. Or now: Ninety-four days and counting.

All that said, though, seeing Northeastern open the season three days before the Flying Dutchmen play Clemson is a lot like going to a friend’s house Christmas Eve and watching he and his family rip open their presents. It’s nice to see everyone so euphoric and you’re happy for your friend, but it’s also strangely frustrating because you’ve still got to wait to open your presents.

Well, we’ve only got to wait two more days…and most of a third, but who’s counting? To pass the time, check out the typically exhaustive and informative game notes put together by Hofstra men’s basketball contact Jeremy Kniffin. And make sure to check back here tomorrow and Friday as I’m trying to lineup some pretty cool and exclusive content.

Some other bits and bytes:

—Promising transfer Miklos Szabo will miss the first two games of the season as punishment for playing one game for a professional team in his native Hungary. Litos reminds us this is no big deal and that it happens a lot, but still, I can’t help but think of the protracted and eventually fruitless appeals process for Greg Washington two years ago nor resist the urge to riff off the classic Jerry Tarkanian line about the NCAA’s selective sense of justice: “The NCAA is so mad at Kentucky, it suspended a transfer from Hofstra for two games.”

—Hofstra issued a press release Tuesday revealing the 2009 inductees into its Hall of Fame. Twelve athletes and one team will be enshrined Feb. 6. Four of the individuals are from the Defiantly Dutch era: Softball pitcher Erin Phillips, three-sport star Diane Hobin and lacrosse player Stephanie Clarke as well as Harry Royle, who was a lacrosse and football player as a student in the ‘60s and the men’s lacrosse coach from 1971-1985 before he became an assistant athletic director and, eventually, the athletic director from 1997-2004. Congrats to Phillips, Hobin, Clarke, Royle and the rest of the honorees.

—Newsday produced a 12-page college basketball preview Sunday. Counting the cover feature on star-crossed UConn guard A.J. Price (an Amityville native who was joined by Antoine Agudio on Newsday’s all-Long Island team in 2003), there was more content on local teams and players than on the national scene, which is nice to see. Of course, that should be the case now that Newsday’s staff is threadbare and the paper’s national beats a shadow of their former selves, but, to borrow a phrase from my friend the Icepick, I digress.

Here’s a hybrid feature/preview centered around the emergence of Charles Jenkins as well as a thumbnail look at the Flying Dutchmen.

—The website Collegeinsider.com has released its preseason mid-major top 25. VCU (sixth) and Old Dominion (15th) represent the CAA while George Mason and Northeastern were among those receiving votes. As an aside: I remember when that site was known mostly for determining the best-dressed coach in college basketball (and inevitably concluding it was Jay Wright, good times!). Now it’s got a bunch of big-time coaches penning pieces for the site. Very cool to see an independent thrive.

—USA Today has a capsule look at the CAA and predicts two NCAA bids for the conference.

—Lastly, you never know what will elicit feedback. I never thought I’d hear from anyone about my riff last week on The Hardy Boys and the prolific work of “Franklin W. Dixon,” but James Keeline, who is writing a biography of Hardy Boys creator Edward Stratemeyer, wrote to tell me he’s never heard of the information I passed along that the “W” in the pseudonym stands for “win.” Given the impressive amount of time James has spent researching Stratemeyer, I’m going to assume I read an urban legend 25 years ago—or that the memory of what I’ve read has grown fuzzy with time—and humbly retract my statement. I highly recommend James’ site if you grew up reading The Hardy Boys or Nancy Drew.

Email Jerry at defiantlydutch@yahoo.com.
Posted by Jerry Beach at 4:20 AM

Nice touch on the link for the "capsule look," but I digress. Still, I wouldn't be surprised if your one sentence was several words longer than what Gannett was willing to commit to that space. Not that I actually read their capsule. I refuse to click their link to give them my pageview. Bitter me? Guilt as charged.